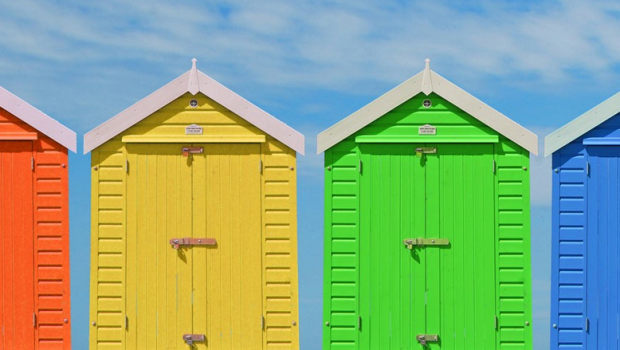 With just about a week left until showtime at the International Dublin Gay Theatre Festival, playwright Sean Denyer of theatre troupe Acting Out talks to Joe Madsen about the history behind the community theatre group, its growth in the past decade, and the need for some musical comedy in examining gay issues.

Tell me about The Equals and the creative process behind it.

Well, I suppose I’ve had the idea for Equals for quite a while.  I tend to ponder things for quite a while before I actually write them, and then the writing happens rather quickly and I have a first draft.  I suppose I got the idea when I was living in rural Ireland, living in Sligo for quite a while, and I was very conscious of the fact that a lot of LGBT drama takes place in urban settings.  One of the purposes of our group [Acting Out] is putting LGBT drama on the stage both for community and for wider audiences.  So with that in mind, I wanted to look at life in rural Ireland in a comic way but also looking at it from an LGBT perspective.  Knowing what people in Dublin imagine the rural life to be like… the show bears elements of truth in that.  So I suppose I took that to a bit of an extreme.  Take, for example, imagine County Leitrim has a majority lesbian population.  There is a very high population of lesbians for whatever reason, but imagine they’re actually the majority.  What kind of place would that be?  If they were trying to win a competition at a big drama festival, what would that look like?

And what made you want to give the play a more farcical, comic element rather than a more serious tone?

Well, again, if you look at a lot of LGBT drama, it tends to be a lot of…well, drama.  And although things are changing now, if you look at the history of LGBT drama, it’s very grim, with people being portrayed as unhappy and tragic.  So I wanted to do something which wasn’t that.  And I also wanted to to present the community’s own prejudices about itself back to it.  I kind of know how far I can go.  I think it would have been quite hard for a straight person to have written this.  I enjoy getting the community to laugh at itself. 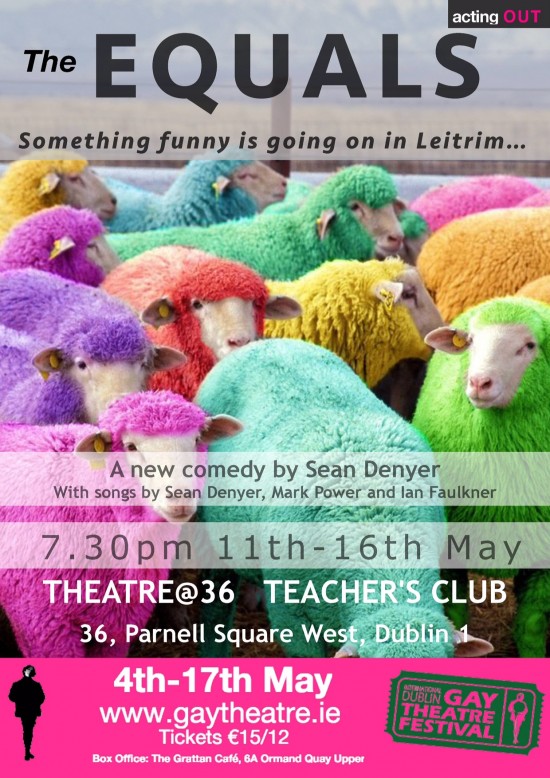 When you say that it would have been hard for a straight person to have written this, do you think the piece will still appeal to a wider audience?

Oh yeah, totally.  The last piece we did in the festival, plenty of straight people came and loved it, perhaps slightly shocked at the political incorrectness of it which, again, I enjoy.  And the community loved it, too.  I know what I can say and get away with.  I think a straight audience would totally enjoy it.  Some of the jokes they might not get, but some of the jokes might also not be got unless you’ve lived in rural Ireland.

And how long have you lived in Ireland?

And how do you feel attitudes toward homosexuality have been changing in those 20 years?

Oh well, hugely, really.  I came to Ireland just after it had been decriminalised which seems incredible now, and you know, people have just become more and more visible.  There was a poll I read recently in the Irish times that in the 1970’s the amount of people in Ireland who said they knew an LGBT person was something like 20% whereas now it’s closer to 80%; visibility is the key thing.  But it’s also been backed up by changes in legislation.

Do you think theatre has helped in making steps toward that visibility?

Yeah, although I think if you look at the past, sometimes it’s helped reinforce stereotypes.  If you look at the trail of gay people in the arts, until relatively recently, they typically played a certain character, a certain role, which probably didn’t help matters.  Although it was visible, it was usually sort of one aspect to gay people and not often sympathetic toward them.  They were the butt of the jokes.

And the characters in your piece are more in on the joke.

Yes, definitely.  Not that they don’t make jokes about each other, but just not in a cruel way.  In the way that people who know each other well can do.  They’re much more in on the jokes.

Can you tell me a bit more about your production company Acting Out.

Yeah, it was started about seven years ago, by my husband Howard [Lodge] who’s the artistic director.  We were living in Sligo and then he moved to Dublin and there was a period of back-and-forth between the two.  He was looking to facilitate a drama group and there wasn’t a community drama group in Dublin at the time.  So he approached the Out House and they said it was a really good idea, so he started getting calls in the first few weeks, and then gradually the group built and so did the group’s confidence as time went on.  They did small pieces and plays for a little while, but they got their first intimation of what they might do when they did a site-specific piece in the Out House which used the whole building.  It was their first realisation that ‘Yes, we can do bigger, interesting work’.  And as the group bigger, the audience got bigger.  What’s interesting about the group is that quite a number of them have gone on to do drama in various capacities at third level education.  One’s currently doing an acting degree and somebody else is doing a stage-lighting course at the Lir.  It’s given an opportunity to people to grow and develop an interest.  Blue Heart Theatre is also a kind of spin-off from Acting Out.  They’re a professional group, and they don’t just do LGBT drama.  They are bringing a piece to the festival this year, but it’s not-what confines them.  It’s an interesting development for Acting Out.

What’s the company’s relationship with the festival?  How long have you guys been involved?

This is our second year with the festival.  I think it was sort of a try-out for us last year.  I think Brian Merriman [festival director] wasn’t really sure whether we’d be able to perform up to the standard of the other professional groups from abroad and within Ireland, so he took a bit of a risk with getting us involved.  So we did five nights last year, and our show, Tits Up, was one of the best-selling shows.  We got very good reactions and have done it since in other places like Galway.  We also got asked to go the Outburst Festival in Belfast in 2012 which is a more multi-stranded queer arts festival.  The piece we did there was a piece called Gay Dad which is based on interviews I did with gay men about their fathers.  It used a lot of verbatim segments from the interviews and we molded them into a show.  To me, it’s still our most interesting piece, at least based on the reactions we got.  The credibility of the group has really grown.

How do you feel about shifts like that between stark drama and farcical comedy?

I think it’s good for the group, we have to play to different strengths of the group.  We have 25 members now, plus another 10 who rotate in and out, and our decision points revolve around who and what we have.  You can’t find a piece that has that many people in it.  We’ve done collections of sketches and short pieces which is one way of making sure everyone is involved, but now some of our more experienced members want more challenging material and roles.  But in managing the group, our philosophy is that anyone who wants to be involved can and will get involved.  For this piece and for the festival, the group had to audition for it, the first time we’ve ever made them audition, and they were kind of up for it actually.  I think we might want to take it that way in the future.  We’re thinking of maybe doing one big community production every year where everyone is involved and then doing one or two smaller productions that you have to audition for.  Howard has a long string of productions that he’d like to do with the group that haven’t be done yet.

Does Howard ever take on any writing with you?

No, Howard does all the directing, and while I do the writing, I’m more on the production side of things.  Writing is the thing I’m most suited to, and we’re trying to encourage other writers as well because another thing we’re keen on is collaborating with other groups in the community.  We collaborated with Marriage Equality recently in the Marriage Equality plays on tour which were called Standing on Ceremony which was a series of nine short plays with marriage as a theme, even sometimes in a bit of a tangential sort of way.  We got a grant to take them around.  We also teamed up with the National LGBT foundation for Coming Out Day, so we asked new writers to submit short pieces that dealt with coming out.  We thought it would be intimidating to ask them to write a full play, but with a 10-minute piece, people are more prepared to have a go.  One of those pieces later got turned into a full-length play which wast put on at last year’s festival and won an award.

So do you see Equals moving along after the festival?

I would hope so.  The challenge will be that with a much bigger cast, just coordinating everyone is a huge effort, and everyone has other dimensions to their lives.  It’ll just require a bit of planning.

Looking more big picture, what do you think of the festival’s timing with the upcoming marriage equality referendum and the role of theatre in the movement?

Well I was looking at what’s on in the festival, and there aren’t too many pieces with direct relevance to the issue—it’s not a big theme in the festival.  I think it would have been quite good to have some kind of opportunity…like I’ve seen other festivals where writers are given a day to write on a specific issue or theme and present it as a sort of rehearsal reading.  But this festival doesn’t really have the time or luxury to develop these sort of things.  And part of me also feels that I’m kind of sick of the referendum now *laughs*, so people might want to see something that’s got nothing to do with it and just have a bit of a laugh.  Might be a good way to sell the show, say, ‘This has nothing to do with the referendum.’  I think the drama of it will come later, when people have time to reflect on it.  I know it’s been affecting me, feeling like you have your life under the spotlight, and I’m sure I’ll write something about that at some point.  But it seems a bit too immediate at the moment.

The Equals premieres at the 12th Annual International Dublin Gay Theatre Festival in the Teacher’s Club, 36, Parnell Square West, Dublin 1, May 11-16, at 7:30pm each night. 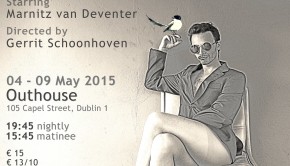