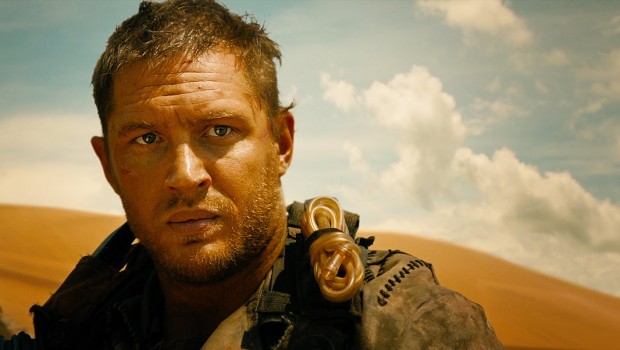 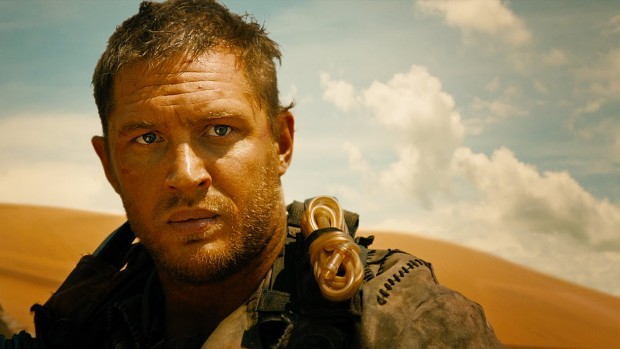 Stay on the road long enough and your brain starts to cook. It’s been thirty years since we last saw mad Mel’s petrolhead wanderer of the scorched Outback, but Fury Road shows no sign of the entropy or compromise that usually accompany extended hiatuses. The seventy year-old George Miller, who has spent the gap making talking animal films and gingerly trying to get a new Max off the ground, has delivered that rarity: a popcorn blockbuster fuelled by the daring clarity of personal, psychotic vision. With its blistering locomotive energy, Fury Road moves at a different warp-speed to blandly directed studio fare of, say, Age of Ultron or even its crowd-pleasing gearbox cousin Furious 7, all bunged up with soap opera embellishments and clubhouse bro sweat.

It’s been some year since the events of the last Mad Max. Or maybe not – the timeline’s vague, fitting for a film that’s both sequel and re-imagining, a remake without the new origin furniture. Some flashes of thermonuclear devastation and we’re in. Our boy Max, Tom Hardy taking over from Gibson, is captured by the cult of Immortan Joe, a wheezing autocrat who uses rationed water and religious mania to hold sway over the desert’s dirty and downtrodden. Joe’s War Boys, his army of flour-skinned skinheads and kamikaze martyrs, string Max up as a living blood bank for an ailing member of their ranks (Nicholas Hoult). Meanwhile, Charlize Theron’s Imperator Furiosa, captain of the War Rig – a weaponised fuel tanker – smuggles out Joe’s sex slaves in a desperate dash for a half-remembered paradise past the horizon. The War Boys charge after her with a muzzled Max in tow, their convoy attracting the attention of neighbouring warlords. The chase is on. And you better keep up.

Fury Road is demented and beautiful. The first Mad Max operated at the fringes of civilisation, the last gasp of old certainties, with an avenger-hero powered by trauma and grief. By now the Earth has tilted off its axis, sliding the remainder of the population into a parallel Nu Metal Looney Tunes universe. Here the freaks and the crazies rule, their world animated by a collective nervous breakdown and the roaring din or machine and murder. The drums of war pound like a heartbeat – literally. As in, the convoy has an in-house a quartet of War Boys whose job is to maintain the steady percussive banging. If you think that’s out-there, there’s also a guy who scratches out metal guitar riffs on a roving wall of speakers. Also, his guitar shoots fire.

Fury Road is remarkably unbothered by conventions of structure (setup, minor crisis regroup, major crisis) and gender. Max gets top billing but is quickly reduced to a passenger, or maybe cargo, as the nubile wives (Rosie Huntingdon-Whitely and others) take charge, led by a Theron’s desert-Ripley.

Fury Road attempts to fuse old-school stunt work with drenched digital colouring and only partly succeeds. Road Warrior had madness, but it also had a tightly managed economy of space and resources, building tension and confrontation from basic metrics of bullets and petrol. Fury Road’s cat and mouse automotive games across bleak, vast sands are terrifically clear in concept and execution, framed in gorgeous wide shots, but the unreality of it all blunts the sense of danger. Without Gibson’s charismatic sleaze, or a clear sense of stakes, it’s actually possible to be occasionally bored by the relentless, grinding noise. Miller bears out his action with a classicalism virtually unknown in the modern blockbuster, but his excesses aren’t a million miles off the ‘fuck-the-frame’ style of Zack Snyder or even – whisper it – Michael Bay.

Fury Road is over-eager but it also wildly ambitious in scale – a hot amber opera with carnie idiosyncrasies. Where else would you get a dramatis personae that includes Toast The Knowing, Rictus Erectus and the Doof Warrior? Conor Smyth