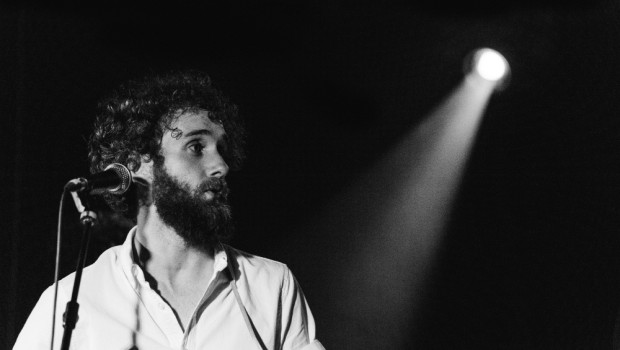 The Countless Other Gangs of Four 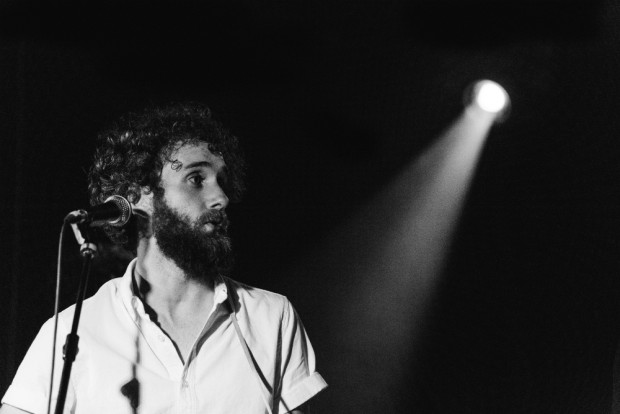 Having recounted some exquisite tales for us in his previous alias of Meb Jon Sol last year – and with the release of his new single, ‘Pilgrim’, on Friday – Omagh songsmith Michael McCullagh AKA Son of the Hound returns for a new string of columns for The Thin Air.

The train shook the window as it passed. The fixings of the steel bunks shuddered and cream paint flaked from the wall, falling quietly as the noise of the train faded into the Dublin hum. ‘That’s why the room was so cheap’ I said.

I heaved my guitar case on to the top bunk and sprung up after it. Melly unburdened himself of his drum breakables, sliding his cymbals bag off his shoulder and lifting his snare bag of his back. He rolled onto his bed and breathed a long sigh. Belfast to Dublin is no long journey, but carting gear on and off buses and around the city wears on the arms and shoulders. He stretched his arms out behind his head and threw his head back on the pillow as Ferg and Phil bustled into room with their guitars and bags of leads.

Melly sat up quickly again and put the pillow on his lap, tentatively putting his hand into the case. He pulled a syringe from the pillow case and held it for the room to see. We looked at the syringe and then looked at each other. ‘Let’s just head to the venue’. Saying little else to each other we lifted our gear and went back outside to cold autumnal Dublin.

Ferg and Phil had been in the city all day, taking advantage of the speed-mentoring sessions that were a staple of the Hard Working Class Heroes Festival. They seemed positive, and as we trudged toward the venue with our instruments Phil mentioned ‘a few heads’ had seemed interested and were coming to the gig. This wasn’t due to any buzz about the band but all down to Phil’s persuasive gift of the gab. He knew all the right things to say to get people interested, a quality that would serve him well in his future career.

We got to the bar and watched the bands on before us. At a festival like HWCH, a soundcheck is a luxury not afforded to the acts. When it was our time we plugged in, had a quick line check and were out the traps and around the course. Twenty minutes to show why you’re different from the countless other gangs of four who crave a little more. we tore through our set, playing for ourselves rather than the unremarkable crowd that had gathered in a venue that had the feeling of an afterthought.

The quick turnover meant as the last note rang out and the scattered applause died off, the stage hand and soundman had our jacks pulled and leads wrapped. We were off the stage (a section of the floor squared in with monitors and crates) fumbling our gear out of the way. Phil made a line for someone standing at the bar. The guy was large and imposing, but his face beamed and he took Phil in a huge embrace, as if they were life long friends reunited. Typical Taggart. Curious I headed over and Phil brought me into the fold.

‘Mick this is James, one of the mentors from earlier.’ Phil said.

He shook my hand. ‘That was fantastic. You guys really look like a band of friends!’

‘Cool, cheers, thanks.’ I said, still at odds from being rushed off stage.

‘I’m A&R for Parlophone.’ He said. That meant nothing to me – I was clueless about that side of things, I only knew how to write and play music with my friends. The other stuff was Phil’s territory. ‘Are you, aye?’ was the only thing I could think of saying.

‘Parlophone. The Beatles, Coldplay, Kylie Minogue…’ He saw my eyes widen in spite of myself. ‘Put your gear away,’ he smiled, ‘I’ll be out in the smoking area when you’re ready.’

Out in the smoking area he had a round of pints waiting for us. We sat at the picnic table as he postulated and enamored us over the drone of the bands inside. He looked at our bio in the festival leaflet, nodding to himself as he read. He told Fergal he looked great, that he resembled Tim Wheeler, which was no bad thing. We drank our pints, he ordered another round and listened to us talk, gauging each of us individually. ‘You guys are really great, honestly lads – I think we could be looking at the next The View here!’ A sentence that gets funnier and funnier the older I get.

He took our details and told Phil he’d be in touch. He left and we stayed for another round, enjoying each other’s company, making each other laugh to tears like we had been doing since we first lifted instruments and fumbled through some standards seven years ago in my Da’s shed. ‘Lads we’ve nowhere to sleep tonight’ Fergal said giddily, realizing it as he spoke it.

We took off drunk, running with our gear hanging around our arms and shoulders, laughing and shouting until we got to the bus station. It was two in the morning and the last bus to Belfast was just about to pull off. We tossed our instruments into the hold and clambered onto the bus, the only four people to board. We each took a pair of seats to stretch out on and as the bus pulled out onto the road I caught Melly’s eye and he smiled at me. Nobody spoke. We didn’t have to, we all knew what the other was thinking. This was the beginning. Michael McCullagh 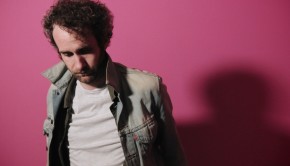