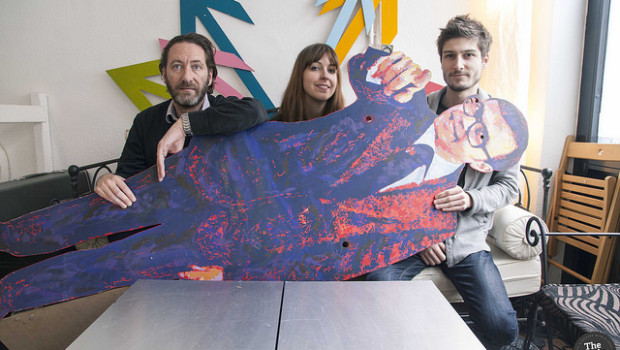 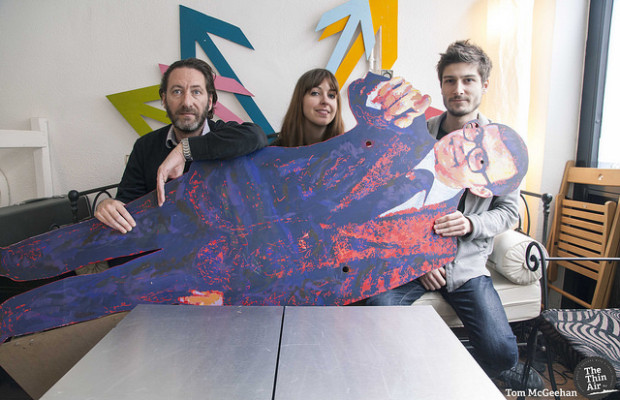 In the latest installment of Independents in Paris – his feature looking at some of the city’s finest indie imprints – photographer Tom McGeehan chats to Bertrand Burgalat and Céline Lepage of boutique label Tricatel Records, which has become synonymous with futuristic retro-chic, innovation and a fierce attachment to independent spirit, as well as having helped define the “Burgalat sound”, a major influence on acts including Air and Daft Punk.

A label that is coming up on it’s twentieth birthday, tell us a bit about how it came to exist?

Bertrand Burgalat (Tricatel Head): I started Tricatel more as a production company than as a proper label, hence the stupid name, coming from a cheesy 76 movie. I needed a structure to invoice labels I was doing some production or arrangement work for. But I couldn’t find interest in France among the record companies for any of the artists like Momus or Louis Philippe I wanted to release. So I started producing projects myself, hoping I would find license deals, but after a  while I couldn’t find licenses so I went to a distribution deal. After 10 years this way, struggling with distributors and stores, Tricatel had to become also its own distributor. So in the process the only function we’re not doing ourselves is buying our own records, though I often purchase them on iTunes.

For those who aren’t familiar with everything Tricatel, how would you describe the artists that are signed to the label? Is there a specific link from artist to artist stylistically?

Bertrand: This may be a specificity of Tricatel: it’s a very small label with a very broad range of artists. I always try not to have two artists going in the same direction. However there is a strong unity, though I don’t want the identity of the label to vampirize the identity of the artists. I have been influenced by early 80’s labels like El Records, The Compact Organisation, ZTT, Mute, Joe Meek, the soul stables or the bubblegum teams like Kazenetz-Katz.

To exist for that amount of time and still stay independent is no small feat either. What is your take on the culture of independent labels and musicians in Paris? Do you find that there is strong camaraderie between the people that could be deemed as your competition?

Bertrand: I’ve always tried to develop that spirit of camaraderie and friendly competition with the other labels. We’re part of the Mila, which is an association through which we rent our premises, we can share our experiences and tips there. 12 years ago we had initiated a strategic groupement, called Diva, alongside D’Ici d’ailleurs, Vicious Circle and Platinum. I am also involved in the SNEP, which is the oldest and most important record industry association in France, founded in 1922 under the name of “Chambre syndicale de l’industrie et du commerce français des machines parlantes” (“syndicate of the industry etc talking machines”), a name I find very poetic. At the Snep I am trying to encourage the dialogue and the understanding between the smallest structures and the biggest ones. For a long time we were members of an independent labels syndicate, l’UPFI, and strangely we had more difficulties being heard among the big indies than now at the Snep within the majors. Cyril, Tricatel’s label manager, is also involved in professional assemblies such as Bureau Export and SCPP. 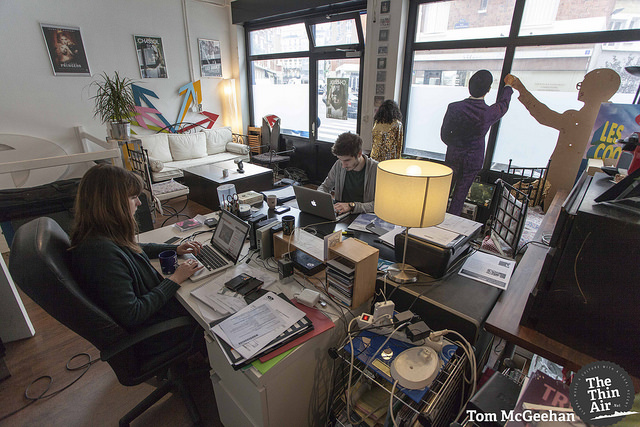 What makes up a regular day for the Tricatel team in the office?

Céline Lepage (Project Manager): As you can see, we are a small team : Cyril Vessier is our label manager, I am the project manager and Charles Dollé has joined us for a few months. We work together on projects. Our tasks are very varied, we take care of distribution, communication, publishing, releases production, we help out with booking of tours etc.

20 years is a huge achievement for an independent label. Can you describe some of the ways that Tricatel have managed to keep up with a culture as fast-paced as the music industry?

Bertrand: There are many ways to make a label, mine is not necessarily to recommend.

However, I would say there are two main approaches:

You can release discs for success, adapting on demand, whatever it is. It’s a way I will refrain from criticising because lots of beautiful music was produced with this in mind, even if I don’t have a particular gift in that area.

The other way to proceed is to try to make music we would like to hear, try to express and broadcast things that were never told or done exactly at the same way previously, release albums that would never be release otherwise. It’s very presumptuous and not always followed but sincerity has an advantage: we never completely fail when we have done what we really like. 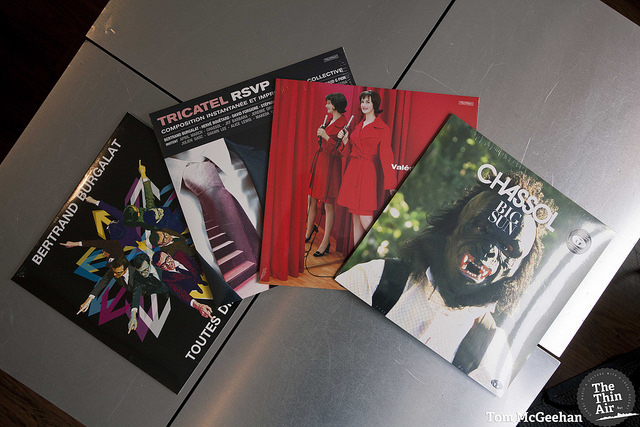 Can you tell us about any upcoming releases or events from the label?

Céline: At the moment we are working a lot around celebrating Tricatel’s 20th anniversary. We released three discs for the first time on vinyl : Valérie Lemercier – Chante, April March- Triggers and Bertrand Burgalat – Cheri B.B as well as a compilation : Tricatel XX, chosen tracks like a picture of the label at 20. Each time we add a high-quality digital download code. And at the beginning of January the vinyl of Indiamore (Chassol) will be available.

And on November 20, we published a book: Notes de Pochett. The book was made up of portraits, written by Pierre Jouan and drawn by Stéphane Manel, of the authors, musicians & engineers, who makes the label. Our way to pay tribute to them and, through them, express our gratitude to those people who support us and help us.

We are also organising a birthday party to celebrate our 20th anniversary! 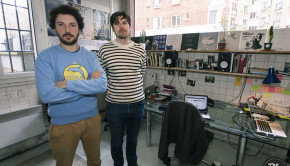 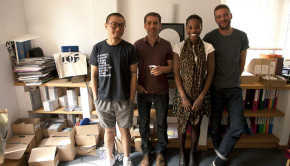 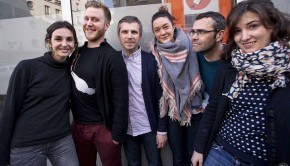