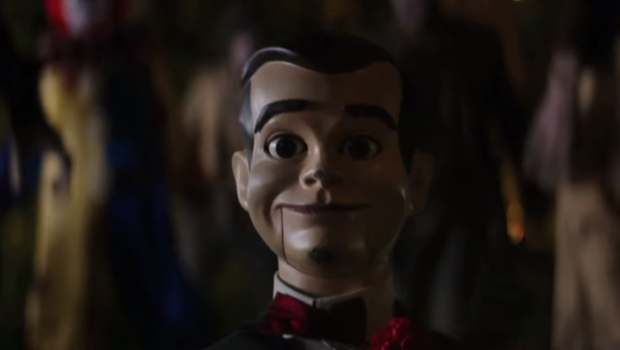 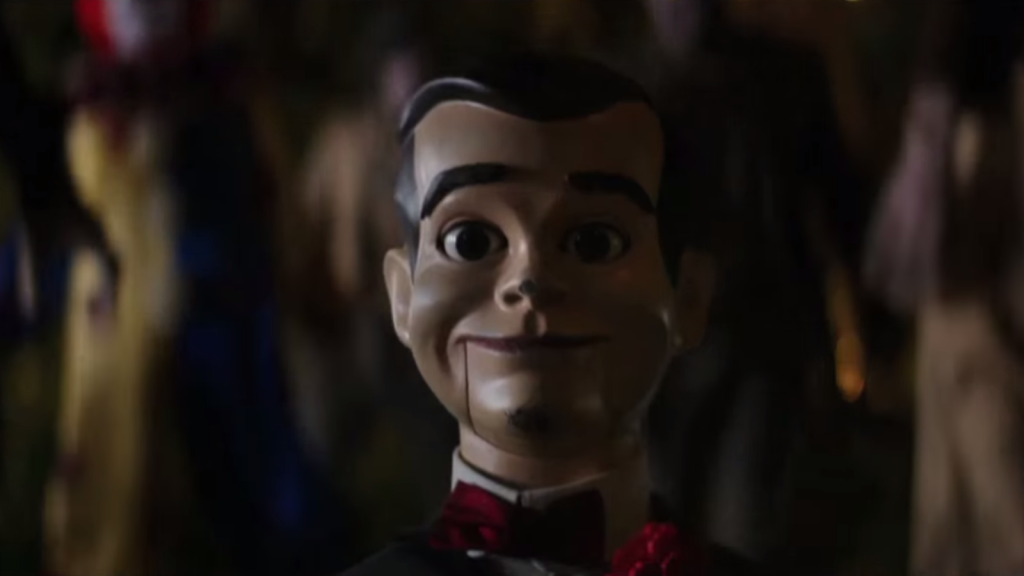 Even viewed through the forgiving prism of nostalgia, the Goosebumps books were always more goofy than scary, with their green sludge lettering, gotcha twists and titles like Say Cheese and Die! or Say Cheese and Die – Again! Coming nearly twenty years (!) after the Fox Kids television show, the big-screen outing for R. L. Stine’s sprawling series leans into its inherent silliness, producing an entertaining and entertainingly self-aware kids v. ghouls adventure.

Teenager Zach (Dylan Minnette) and his mother (the always good Amy Ryan) have just moved into their new home in Madison, Delaware, for a fresh start after the death of his father, a pathos that is pleasingly underplayed. Their next-door neighbour is a reclusive grouch (Jack Black) with a good-looking daughter (Odeya Rush), who live in a house that wouldn’t look out of place on a Stine cover. He’s got a bookcase bursting with Goosebumps manuscripts under lock and key, and when an over-inquisitive Zach breaks in and accidentally breaks the seals, the monsters come out for real. The neighbour, as you might have guessed, is Stine himself, who now shucks from town to town with his magic monster portals, trying to stay under the radar. The town is quickly under assault from mummies, werewolves, psychotic garden gnomes and assorted other creepoids. Taking charge of the runaways is Slappy from Night of the Living Dummy et al, a self-loathing ventriloquist’s dummy with a theatrical fondness for cheesy one-liners.

The studio couldn’t easily handed this off to hacks, but thankfully they were clever enough to get people with some sense of what they are doing. Screenwriting team Scott Alexander and Larry Karaszewski have worked on screwy movies like Ed Wood and Man on the Moon. Director Rob Letterman has a little less prestige under his belt, with projects like Shark Tale or Black collaboration Gulliver’s Travels (a scene where he gets tied up by murderous porcelain gnomes has a distinct Lilliputian vibe), and he could’ve brought more pulpy atmosphere to the material. But propelling the frantic, ruffled pace is Black, who we know really excels at mid-energy studio fare like School of Rock. He plays Stine just right, as prickly, peevish and professionally jealous (“let me tell you something about Stevie King”), spiking line readings with hilarious hammy hack flourishes.

With its save-the-town plot, geeky sidekick and lessons learned, Goosebumps is a shouty, family-friendly adventure with a 90s vibe, though it can’t match the gleeful critters-gone-wild menace of Joe Dante’s Gremlins. No Special One teen mythologies here. It’s a throwback, then, but laced with enough quirks and non-sequiturs to not feel dated, helped by absurdist contributions from recognisable bit players like Ken Marino, Timothy Stevens and 23 Jump Street‘s Jillian Bell as Zach’s singleton aunt. Call it the triumph of low expectations, but this is a hoot. Conor Smyth