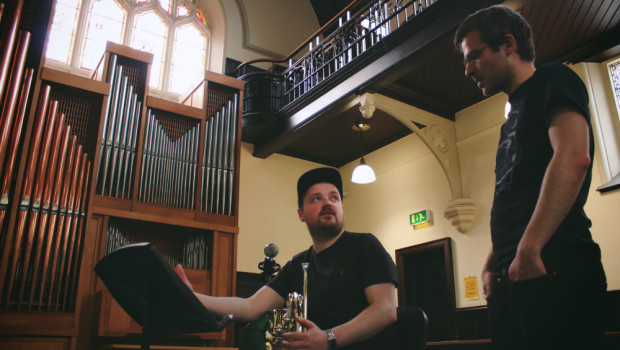 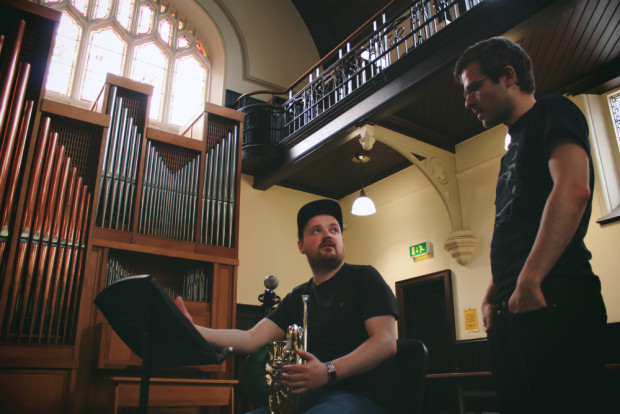 In the latest installment of The Record, we eavesdrop and follow-up on the recording of ‘Kikazaru’, the superb new single from Belfast’s Robocobra Quartet. Photos by Colm Laverty.

Hi Chris. ‘Kikazaru’ is the third “part” of the three-wise-monkeys songs you’ve written and recorded. Can you shed some light on the thematic/conceptual narrative threading the three installments?

Chris Ryan (drums/vocals): It’s pretty loose. The lyrics were leaning that way for this collection of three songs and so the concept came in retrospect. It’s not strict by any means. For me, it helps not to get too lost in the process of concepts; they can help to focus writing but can become problematic if you go too deep. 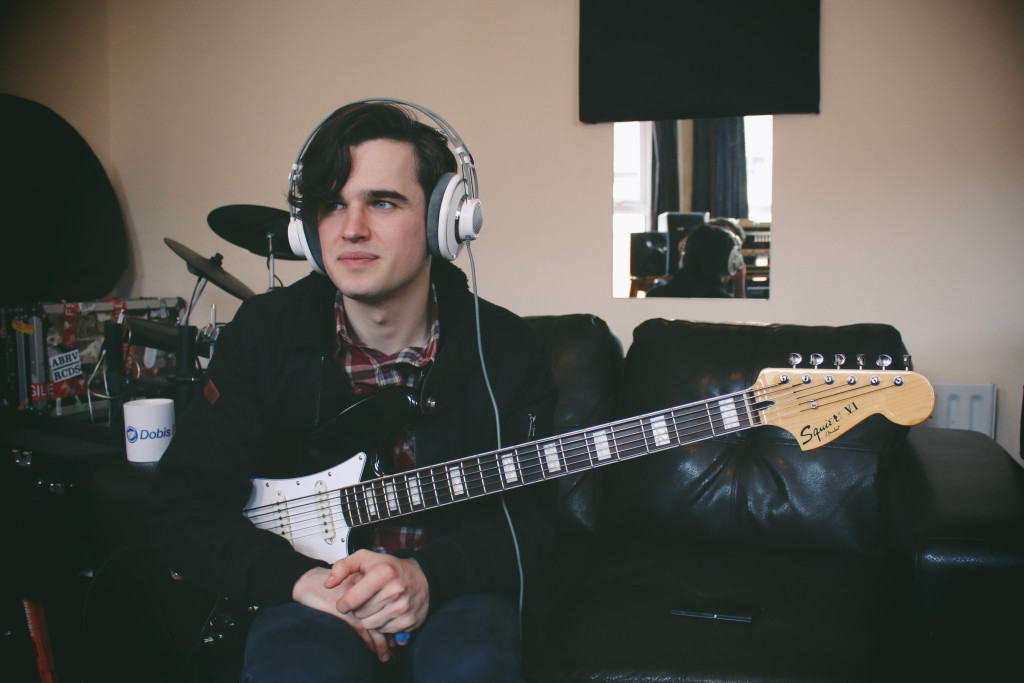 Before touching on the recording, take us through the writing of the track. What started first and how did it develop?

A fair amount of the time we write together but this one is a bit different. I had the line ‘travelling light things seem to be alright’ for a long time and it always stood out at me as one of the few positive sentences among my pile of discarded words and phrases in this .rtf text file on my computer that houses orphaned lyrics.

Musically, things started getting heavier towards the end of the song and I thought it might be interesting to let the distortion and harshness come from the sound of trombones instead of the usual suspect of guitars. Then the tuba and french horn parts came in to supplement it.

The track features more brass than previous efforts (french horn, trombone, tuba as well as the soprano and tenor sax). How did that come about?

It’s always fun to collaborate and we loosely knew the players from around the city so it sort of naturally came about. The french horn player Johnny Stewart got in contact after I put something up on Twitter that we were looking for someone who played that instrument. We only worked together for a few hours but I was amazed by his musicianship. Contact that man immediately if you need french horn tracks laid down. 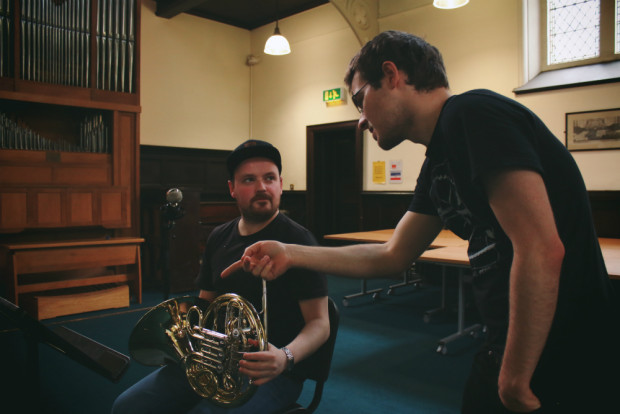 With that in mind, how do you think the the track differs from previously released Robocobra Quartet material in terms of scope and attack?

It’s hard to know how things look from an outside perspective. But, I do know that the next few tracks in the pipeline are pretty much a 180 degree flip in approach. Sorry!

We tracked the brass parts in the McMordie Hall which used to be the old debating hall in Queen’s University and is now part of the music building. I saw a trombone player perform there once and it sounded fantastic so I knew I wanted to use that room. We just brought along some location-recording gear and finished up in a few hours. It’s always fun to learn about the unique aspects of instruments – the realities of what can and can’t be done when blowing air through tubes – so we did a little workshopping before recording but I tried to be pretty cautious and realistic in terms of the range of the instruments and the part writing etc. so things were relatively straight forward for the guys. 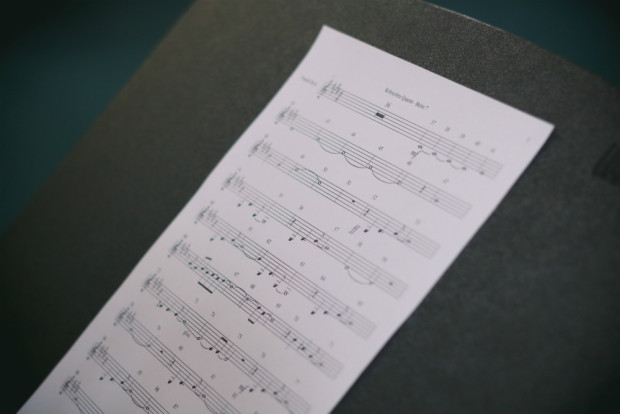 The song was released via Fringe Sound Recordings. How did that come about and how much do you value being propped alongside diverse artists from all over the place?

Fringe Sound is a tiny label run by a guy called James Carlson from Philadelphia, PA. He wrote an article about the ‘Iwazaru/Mizaru’ 7” we put out on Smalltown America Records and got in touch to ask if we were interested in this collaborative compilation. ‘Kikazaru’ was laying around so it seemed to make sense to give it to him to use.

You’re playing a handful of shows in England next month. How are you guys feeling about returning to that neck of the woods and what’s the rest of your plans for 2016 in terms of recording, playing, possible festival slots and the like?

I’m really just looking forward to spending some time with my friends who play in this band with me. They’re the best. Plus, getting the chance to see other bands do their thing is always a joy – we played in Bristol last year with a band called The Evil Usses who blew our minds. Other than that, the PRS Foundation are funding a 12” record that we’re putting out this year, so at the moment we’re getting in shape for recording after this little string of UK shows. Then we’re doing some stuff in France and Germany in April. After that, I don’t know – more schemes I imagine. We’re always scheming. 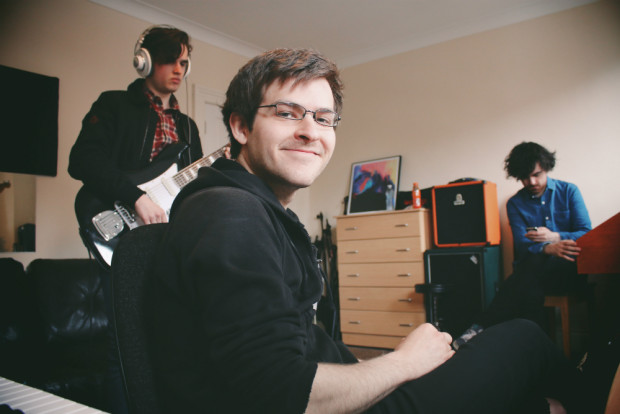 Finally, if you discovered a band called Robocop Quartet, would you sue?

We’re currently in litigation with Monsanto over a new GM crop they’re developing called the Robocobra Courgette so at this point in time we’re not able to take on any other legal proceedings. 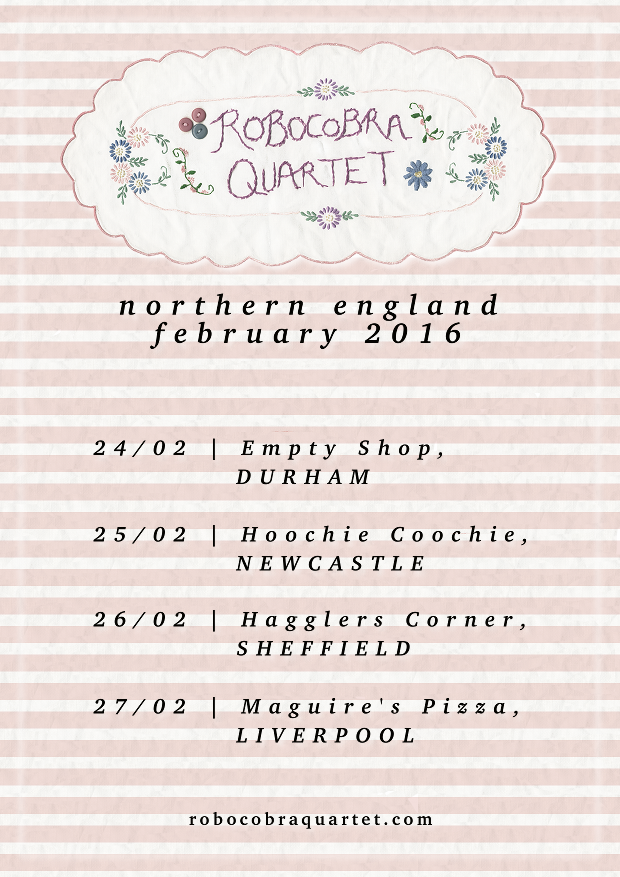