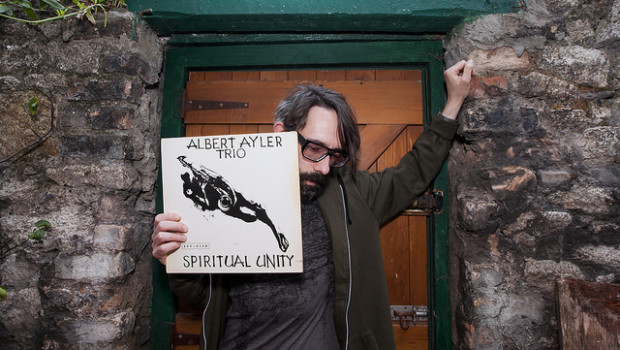 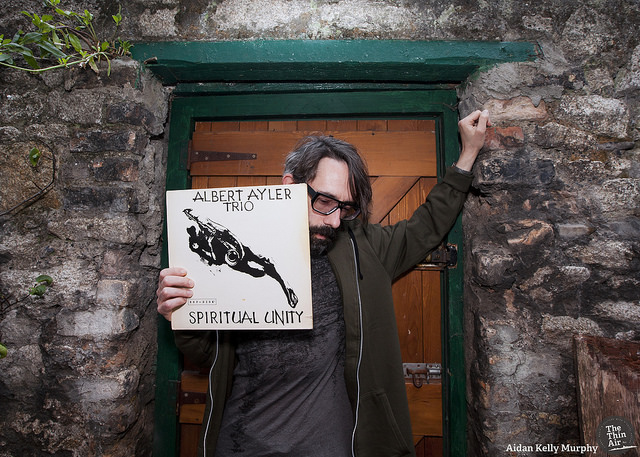 In the latest installment of Track Record, Dublin pianist and Jimmy Cake member Paul G Smyth handpicks a selection of records that have left an indelible imprint on his music and life, including Tangerine Dream, Derek Bailey and Talk Talk. Photos by Aidan Kelly Murphy.

This album essentially ruined my life. First stumbled upon when I used to hoover up the contents of the Ilac Centre Library’s audio section as a teenager, using every family member’s cards every Saturday, and coming home on the bus with unknowns from every section. I hated it. Passionately. It was the first music I’d ever heard where I was convinced that humans weren’t the target audience. My friend Dee once affectionately described Evan’s saxophone as “a flock of seagulls fighting over a sandwich”. Years passed, and I just couldn’t stop thinking about this record. It haunted me. Even before I got to hear it again, the penny dropped and something in my head or heart clicked into place. When I did finally get my hands on it again, I thought it was the single greatest artistic statement ever put on a piece of wax, and I still believe that. Fucking astonishing. Evan followed this a short time later with the album ‘Monoceros’, which is even more astonishing in many ways, but this was the one that broke me for everything that followed. 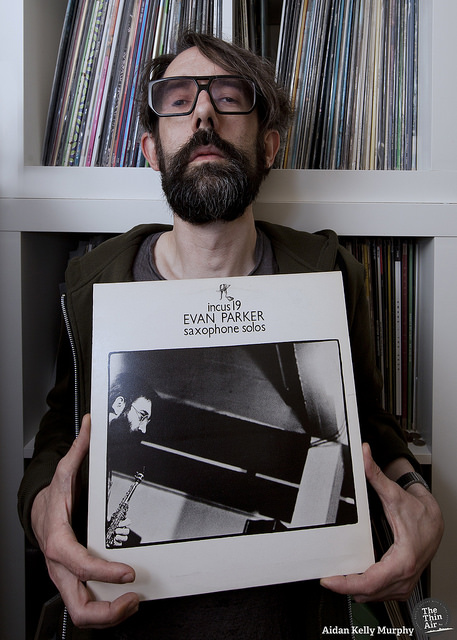 My son’s middle name is Bailey, which may give you some idea of the impact that this man’s music made on me. I could have picked any of his solo output from around this time, really, but this is a beautiful recording, and would be a pretty solid introduction for the uninitiated. Was reissued recently enough, so you’d at least have some shot at getting your hands on a copy. And what you’d get your hands on is quite something. It’s a wide-open window into the mind and heart of a philosopher, comedian, poet, pragmatist, cantankerous but earnest politician, storyteller, master craftsman, messer, iconoclast and one of the truly great artists of our time. Too much? Laying it on a bit thick, you reckon? I certainly don’t think so. This stuff demanded nothing short of a total re-wiring of my approach to listening, and consequently my approach to playing, and then my reasons for making music, and then my reasons for doing anything. Kind of a big deal, so. Not bad for a bit of aul’ guitar. 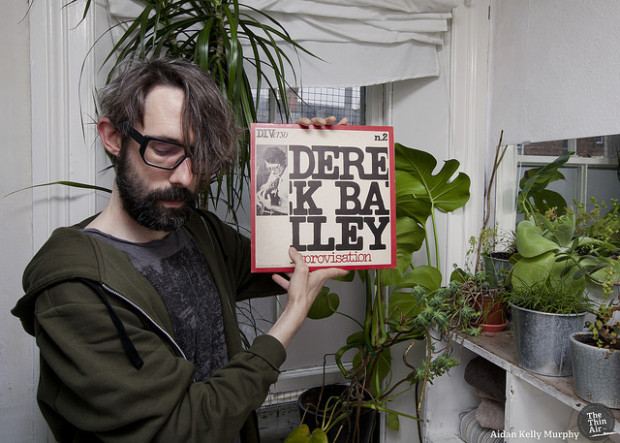 A desert island disc for me, if ever there was one. I’ve read stories about the recording of this album that suggest that they might have been losing their marbles altogether. Sessions in the dark that seemed to go on for days or weeks, without anyone really at the helm. Musicians would be brought in at different times, and no-one might even speak to them. They might play and leave without a word. The tape running day and night. A lot of folk cite ‘Spirit of Eden’ as their masterpiece, but for me this, their last ever album, goes much deeper again. A glorious, raw and vulnerable whisper that seems as mysterious to me now as ever. Incredible to think that it ended up being a complete kamikaze move on their part, and they were dropped pretty much instantly. I’ve seen real tears being shed to this record. 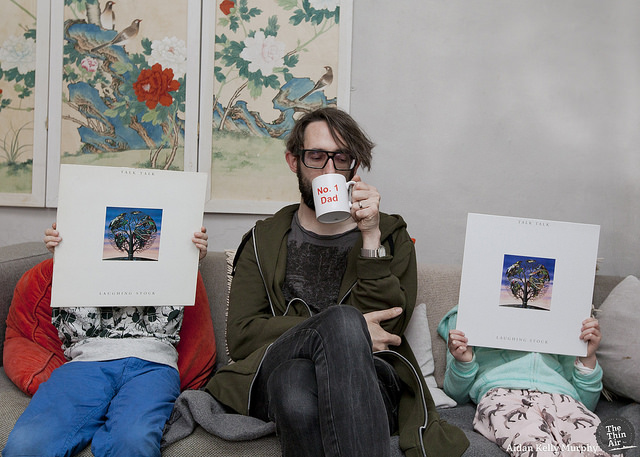 There was a kid who lived at the end of my road where I grew up who possessed such an exceptional air of cultural superiority that you’d think his house was Goatstown’s Lower East Side. We all thought he was much older, but looking back he probably only had a year on us. Always better dressed and better looking than the rest of us square pegs, he spoke smugly and softly, occasionally gracing us with messages from the zeitgeist; a suburban Dublin Kerouac sliding another Marlboro out of his silver engraved cigarette case. I always felt kind of sorry for him. His coolness was lost on us, for the most part, and the kids just thought he was a jerk. Our aimless paths cross on Larchfield Road and he pulls a tape from his pocket like it’s a magician’s hat. “Check this” he mumbles through the smoke, without making any eye contact. “Oh. Eh…” I stammer as he heads on, with apparently zero interest in a reply. He’d given me tapes before, but this was like your milkman delivering the Voyager Golden Record, or more so its alien equivalent. “Slight change in your order today, sir.” It felt like a treatise from a civilisation – so complete a language and perfectly formed, yet so removed of any of the signposts I would have been able to look for. And from an artist so young! Fuck! It creates the world it inhabits as it goes; it’s the landscape and its occupant, growing like a time-lapse Petri dish as you work your way through this massive piece of work. The elements all have their roots in other areas of electronic music, but even now their application here feels totally fresh. A towering achievement and still the greatest thing he’s ever done, in my view. While my local hipster oracle might have needed some attitude realignment, he was dead-on-it that day, and I’m ever grateful. 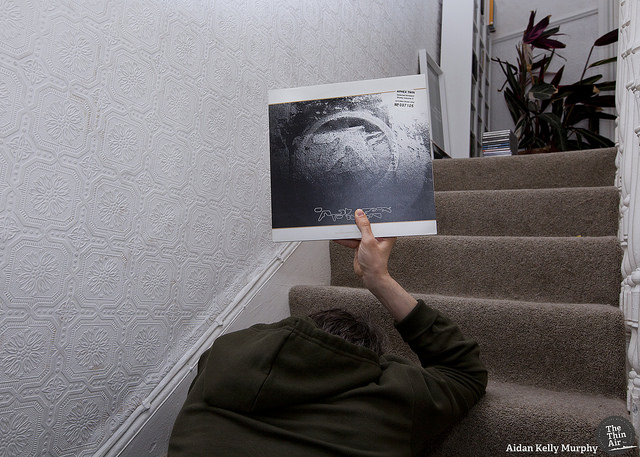 As often as not, any record that gets described as “cathartic” can just as easily mean “punishing”, but this just holds you in its arms. Childlike sing-song melodies pour down into a deep, deep cry, as if a thousand years of history are drawn out from the centre of Ayler’s heart. Such a true and honest voice can be overwhelming, like having a staring contest with someone you’re in love with, but it’s exhilarating and beautiful. Another desert island disc for me, and I can’t recommend it highly enough. 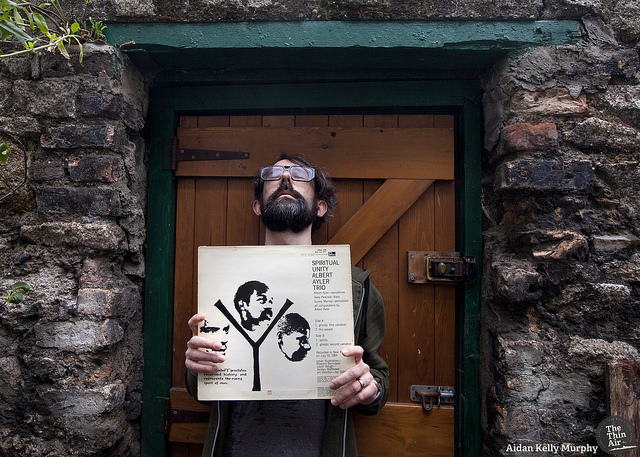 It was 5th year. I’d just moved schools to C.U.S., where I spent two miserable years (don’t send your kids there unless you hate them), along with one other unfortunate lad in the same boat as me. We bonded over whatever oddball records came onto our radars – something that wasn’t lost on one of our teachers, who started making these great prog tapes for us, handing them out with whispered reviews on a Monday morning like a giddy kid. I guess we were the first, and probably last, to express any interest in what seemed to be an important part of this guy’s life, and he had that kind of Christmas-morning excitement in passing it on. Anyway, Steve Hackett’s ‘Voyage of the Acolyte’, Side A; ‘Phaedra’, Side B. Side A was pretty cool, but it was Side B that did the damage. It sounded like an ancient artefact untouched by human hands or conceived in the human mind; as if it just ‘arrived’ finished, like the monolith in ‘2001: A Space Odyssey’. As weird as your granny knitting you a jumper that changed the way you moved through space and time, and just as unexpected. Epic aerial travels through synthesizer landscapes at once alien and familiar. While they did make some great records after this, they never really reached the dizzying heights of ‘Phaedra’ again. But who cares, really. They did it once, which is more than 99% of us can hope for. 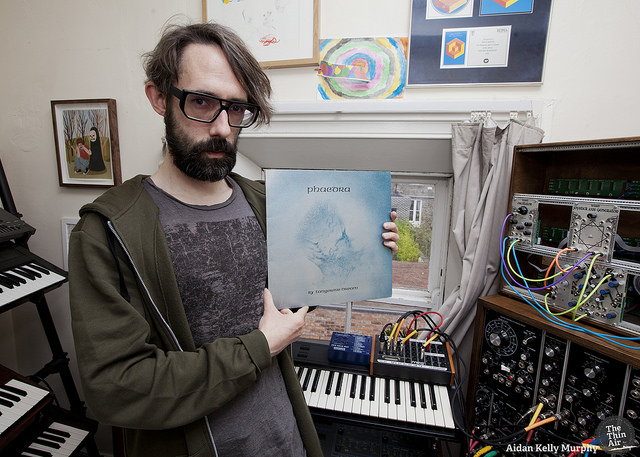 Flat-out best pop record of the last 40 years? There. I said it. A reliable studio source tells me that the notes in every chord you hear had to be recorded one-by-one on separate tracks, since they just didn’t have any polysynths at their disposal. Mental. But that attention to detail pays off, and we lucky people are left with a perfect pop document, as crisp and concise as it is sincere. I still hear this band scapegoated as epitomising everything that was crap about the 80s, but that’s just pure lazy bandwagon-jumping, in my book. There isn’t a dud track on Dare from one end to the other. Dynamite. 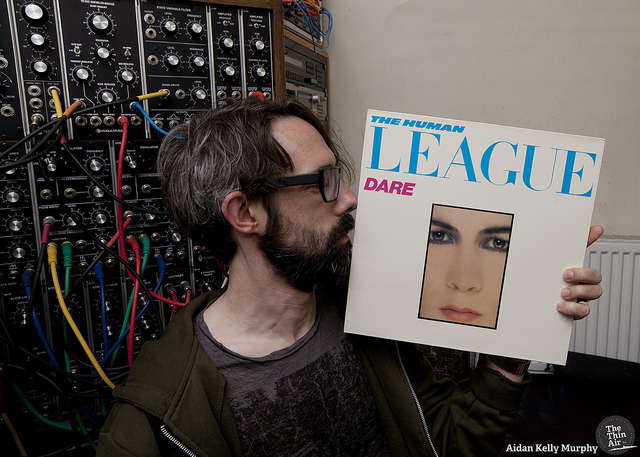 Like you threw Pink Floyd’s Ummagumma down an endless black corridor in the Twilight Zone and innumerable reverb-soaked aeons later this appeared in your hands. As genuinely psychedelic a record as I’ve ever heard, with echoes (literally) you can hear in the likes of Grouper or more so with the short-lived but pretty great Double Leopards. Takehisa Kosugi, who was connected to the Fluxus group of artists, went on to become musical director for the Merce Cunningham Dance Company and made some beautiful records after TMT – in particular ‘Catch Wave’ – but if I was to pick one, it’d be this. Previously as rare as hen’s teeth, but way more expensive, this can now be picked up on both CD and double vinyl, thanks to a very bold bootleg label that I won’t tell you about, despite having an incredible roster of releases that I’d otherwise urge you to check out. Since they don’t have the rights to any of this material, I won’t be saying anything about the UK label Phoenix Records here. 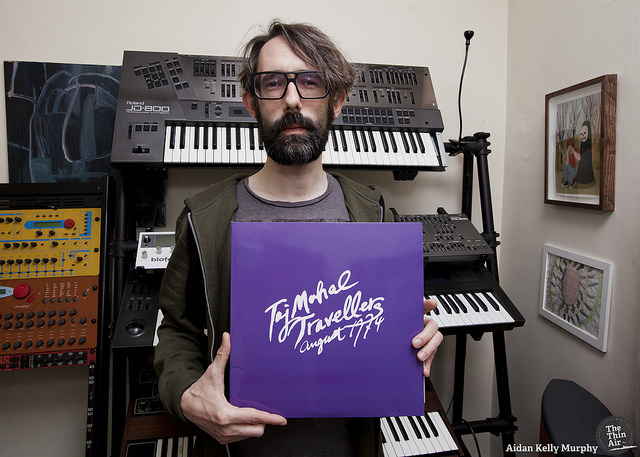 An album I was inexplicably drawn to during some of the darkest days of my life a few years ago. The more I listened to it, the more I knew why. And I listened to it a lot. It’s a stunning piece of work that carries more unspoken pain than the MOR daytime radio image belies. Any love song that opens with the line “You’ve got a way of telling me I’m wrong” has more going on than just your typical crooner, no matter how soft the delivery. The title track broke my heart when I first engaged with it, and it’s effect hasn’t worn one bit with repeat visits. 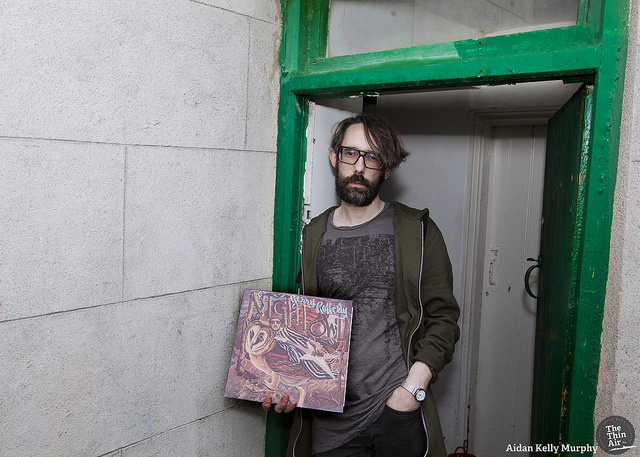 Genesis – The Lamb Lies Down On Broadway

Ah, Genesis. The people I’ve met who have an opinion on them generally fall into one of two categories: there’s the “Genesis are shite” category, and there’s the “Peter Gabriel era Genesis is alright, but once he left, they were shite” category. Anyway, that’s all rubbish. Tony Banks is the cool one, anyway, not Gabriel. So as not to push my luck, here’s their last album with Gabriel: a masterpiece, not just for its cinematic sense of scale, but also how each track over this double-length “concept” album is a standalone gem in its own right. If this was released now by some young hip band, the critics would be falling over themselves in waterfalls of their own drool. There’s some stigma of uncool around this band that needs to take a fucking hike. It’s brilliant, anyway. As are the next few albums AFTER Gabriel left. So there. 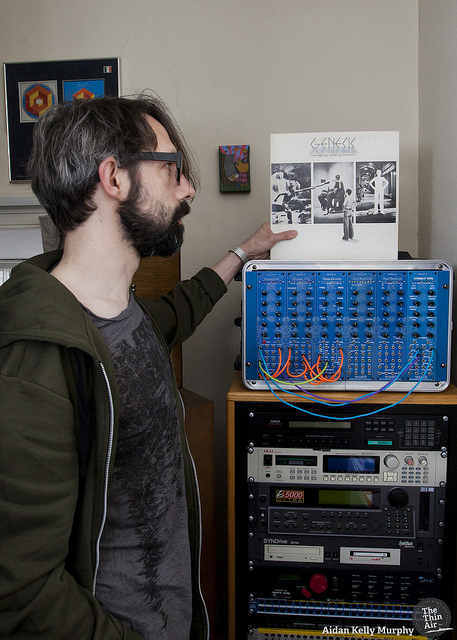