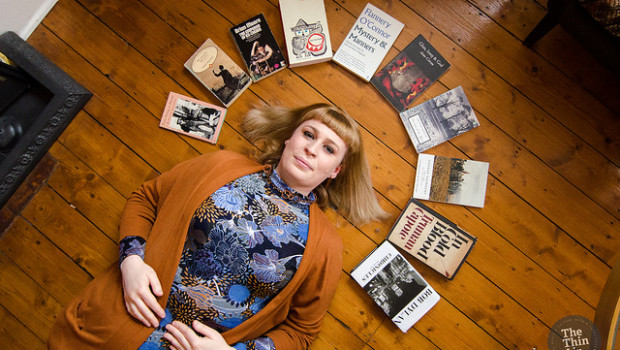 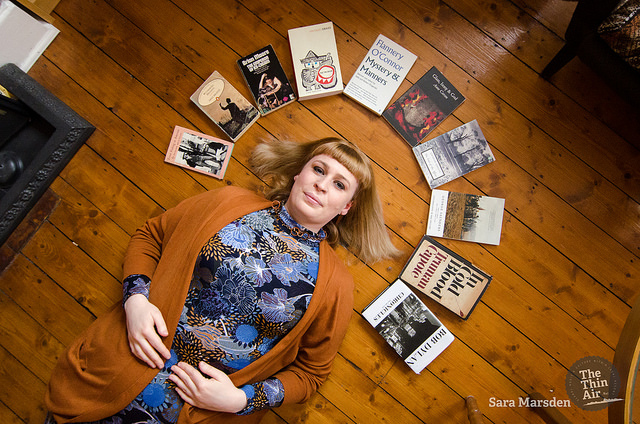 In this installment of Bookmark, we spend some time with author Jan Carson in her home in Belfast as she selects the books which have influenced her own work, from Truman Capote to Flannery O’Connor. Photos by Sara Marsden.

Asking a confirmed book addict to narrow their collection down to ten favourite books will never elicit a simple response. I spent hours making little piles of paperbacks across my living room floor, swapping one novel for another and feeling as if I was actually turning my back on old friends when I had to relegate Kurt Vonnegut, Marilynne Robinson and Jeffrey Euginides to the almost-made-it pile. In the end I decided not to go with my ten favourite books so much as the ten books which have influenced my writing the most. 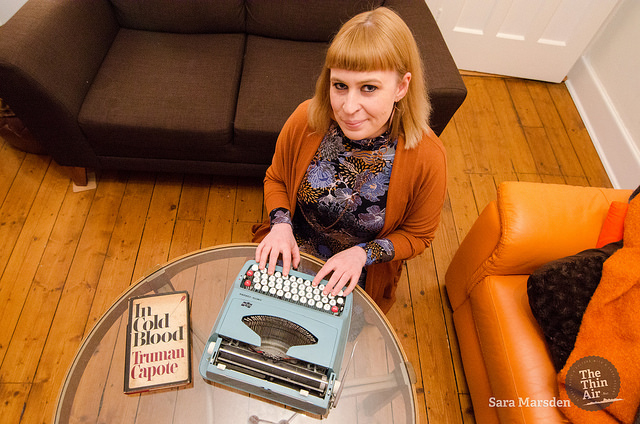 I consider In Cold Blood to be the closest thing to a perfect novel I’ve ever come across. I am a massive Capote fan and this book is undoubtedly the pinnacle of his writing career. Neither non-fiction, nor truly fiction, it is written with absolute ice cold precision. It is impossible to put this book down and equally impossible to explain its draw. I wish I could write a novel this good but I am terrified of what it costs to write with the level of obsession a project like this requires. My obsession with Capote sits within a larger obsession with Southern writers such as Faulkner, Carson McCullers and Flannery O’Connor. I am constantly drawn to their fixation with the absurd, the grotesque, the familial, religious and repressed. I feel strongly that the Southern States of America have a similar sort of psyche to the more provincial parts of Ulster where church, faith and politics still dominate every aspect of life. For this reason I can’t get enough Southern Gothic literature. In some weird way it feels a lot like home.

When I’m writing I most often default to magic realism. For many years I didn’t realise there was a name for the way I wrote. I’d read Gabriel Garcia Marquez, Aimee Bender, Karen Russell and Salman Rushdie’s Midnight’s Children and recognized aspects of my own style in their work but it wasn’t until a friend recommended Gunter Grasse’s The Tin Drum that I actually felt part of a tradition of writers. This is the most epic novel. It’s so clever, so funny and so absolutely impossible to describe. It is the novel I most wish I was talented enough to write. Every so often I read it again just to remember how much I still have to learn. 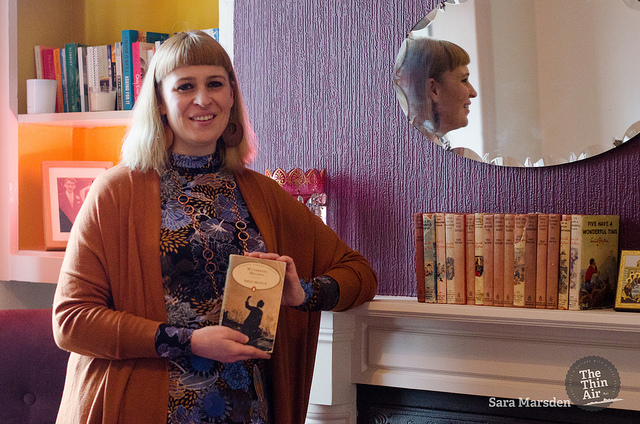 Wuthering Heights is the first novel I remember being deeply impacted by. We studied it for A-Level in school and this is my actual school copy. It’s annotated with all sorts of not very insightful comments and highlighted in six different colours because I had one of those multiple-coloured biro pens back in 1997. I had a fabulous English teacher who used to read huge sections of this aloud in an authentic windswept accent. I still imagine Heathcliff to have a slightly Ballymena accent. After I read Wuthering Heights with all its passion and suffering, Jane Austen seemed rather sappy. I wanted to read books which would destroy me in the way that Wuthering Heights could. Anything else was just time-wasting.

Graham Greene – The End of the Affair

As a Catholic writer whose faith has infused much of his writing Greene has had a massive influence on my writing. His novels and short stories deal honestly with both the positive and negative aspects of religious belief and his characters are still some of the best drawn I’ve ever come across. The End of the Affair was my first Graham Greene. I remember reading it in my late teens and feeling as if he’d managed to articulate the faith struggles inside my head. At best Greene writes with all the honest angst of an Old Testament prophet, even at his most mediocre he’s still one of the greatest English novelists of the last century. The End of the Affair is one of the few books which I read cover to cover and immediately began to read again. This book instigated a life long love affairs with Graham Greene’s work which is still ongoing. Don’t make the mistake of watching the film version though. It’s pretty terrible. 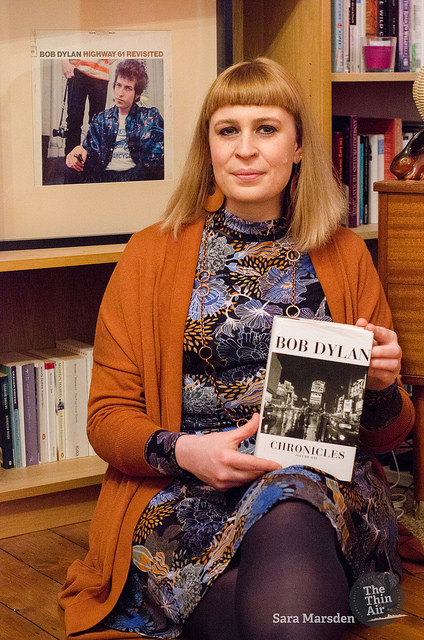 I’m a bit of a Dylan obsessive. At last count I had almost thirty books about Bob in my collection. I actually wrote my Masters dissertation on Dylan’s linguistics and last year spent some time travelling round the USA researching his early life. I’ve chosen the first volume of Dylan’s autobiography as it’s not only a fantastically well-written book but it’s a great example of how Dylan uses language so artfully in his song lyrics, interviews and prose writing. Dylan’s songs have massively influenced my writing and I have a long-running novel in progress about his early life which I hope to finish at some stage in the future. Many of his songs are actually stories, full of incredibly interesting characters and cryptic references to historical events. His use of metaphor, rhythm and lyricism is unrivalled amongst his peers. I don’t think there’s a day goes past when Bob Dylan doesn’t influence my work in some way.

In 2005 I moved to Portland, Oregon for four years. Whilst I was living out there I began writing in earnest and reading writers I’d never encountered before. There’s a strong tradition of experimental fiction on the West Coast and I was soon reading books and stories unlike anything I’d ever encountered in Belfast. A friend bought me Trout Fishing In America before I went on a short holiday and I remember sitting at the departure gate in the airport, almost missing my flight, because I was so astounded by Brautigan’s use of language. Trout Fishing in America is one long, extended metaphor. It’s not quite a novella. Neither is it a poem. I’m still not too sure what it is but it’s wonderful and it catapulted me into the rest of Brautigan’s work which is weird, imaginative and similarly difficult to define. Reading Brautigan was like finding a license to let my imagination run free. I can’t understand why he’s not more widely read in this part of the world. 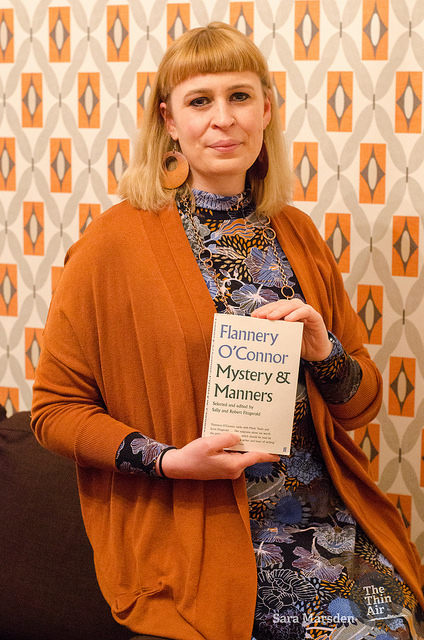 Flannery O’Connor is not so much a favourite author as an old friend. Her books, in particular her short stories, are like a kind of ritual to me as I re-read most of them every year. Flannery O’Connor was another Southern writer, a devout Catholic, keeper of peacocks and kind of backyard philosopher. I’ve chosen her non-fiction essays here as her musings on faith and writing have always resonated with me and often inspired me during difficult patches. This particular book is so heavily underlined there’s hardly any plain text left. There’s no other writer whose life and work I aspire to as much as Flannery O’Connor. She’s a kind of saint in my eyes.

What’s not to like about a short story collection set in an imaginary Civil War era theme park being haunted by the ghosts of actual Civil War soldiers? George Saunders came into my life about five years ago like a breath of much-needed fresh air. He writes like the bastard child of Kurt Vonnegut and Douglas Coupland. He says clever, deeply insightful things about contemporary America with the sort of kindness which implies that he himself is as much part of the problem as the solution. I want to learn how to do this. I am a little bit in awe of him and for this reason alone I’ll probably never get tired of reading George Saunders. 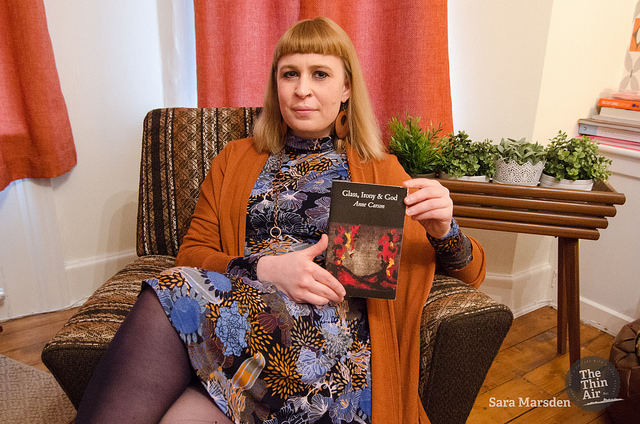 I love Anne Carson because our names rhyme and because she taught me that poetry is a wonderful thing to do with words and once made me weep like a child over two lines perfectly placed together. This past year I have read more poetry than I’d read in all my previous years and it is slowly changing how I write. Last summer I heard Eimear McBride say that it was time the prose writers stopped allowing the poets to have all the fun with language and form. I agree wholeheartedly. I can see how all this poetry reading is beginning to make me a little more playful with sentence structure, lyricism and rhythm. I think this is a good thing. I think the line between poetry and prose requires further blurring.

Growing up in Northern Ireland I rarely read local writers and those I did read left me a little lukewarm. Brian Moore’s The Lonely Passion of Judith Hearne was the first Northern Irish novel I read which struck me as properly good and not just good for a Northern Irish writer. I’ve chosen The Emperor of Ice Cream here because it’s probably my favourite of all Moore’s Belfast-based novels. It’s set during the Belfast Blitz and captures the spirit of the city in a way which is still recognisable nowadays. Reading Brian Moore’s work forced me to read more local literature and I soon began to realise I was part of an incredibly rich tradition of Northern Irish writers. Over the last few years the community of contemporary writers has been a constant support and encouragement to me, whilst the writers who came before are always to hand waiting to challenge and inspire. I’m really thankful to be a Belfast writer and proud to embrace all this entails. 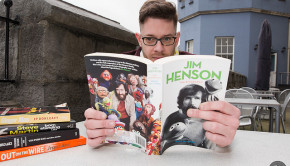 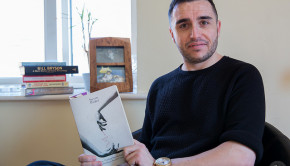