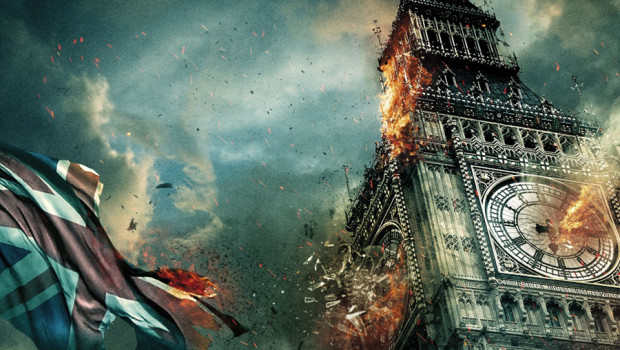 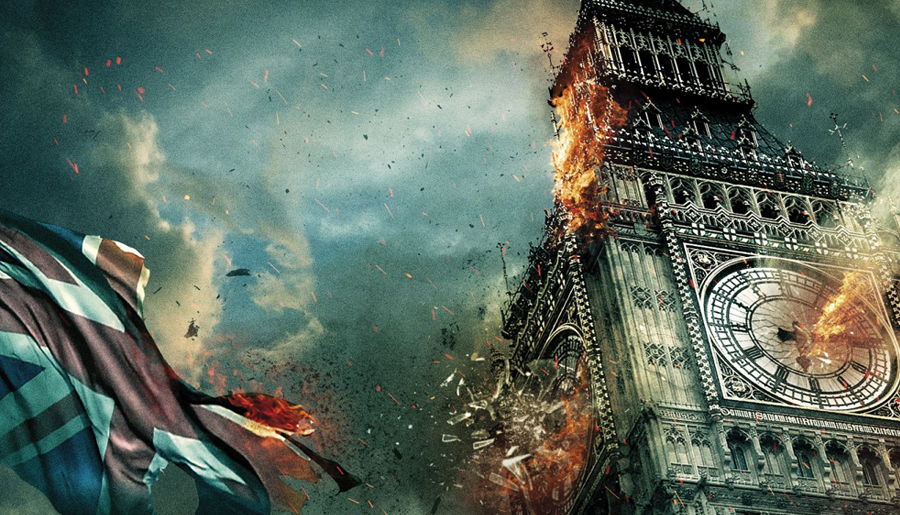 Forty minutes into London Has Fallen, the air is suddenly thick with tension and the promise of conflict. Not from the film itself – believe me – but from the screaming match that has erupted half a dozen rows behind me. A complaint over the volume of a sweet-chomping audience member has escalated into a blazing row, the offender’s mother vocally attacking the manhood of her son’s accuser. Will either get up from their seats? What happens when the lights go up and they meet in the aisle? It was, by a country mile, the most exciting thing to happen during the 100 minute runtime.

After the events of Olympus Has Fallen, President Ben Asher (Aaron Eckhart) and his secret service best buddy Mike Banning (Gerard Butler) are back, along with original writers Creighton Rothenberger and Katrin Benedikt. The noticeably saltier dialogue may be down to additional screenwriters Christian Gudegast and Chad St. John, who penned the fan-favourite Punisher short Dirty Laundry. Still, it took four people to write this?

The apparently totally unsuspicious death of the British Prime Minister brings the POTUS and his security detail to merry old London town for the state funeral. It is actually, you may have surmised, a plot to lure the upper crust of global politics to one location, a trap set by a dodgy Middle Eastern arms dealer seeking vengeance for the drone strike that killed his daughter. As the world leaders make their way to St. Paul’s for the service they get whacked off one by one, a sequence of unfortunate calamities that recalls the fate of Mr. Burns’ softball team in The Simpsons. The co-ordinated gun and bomb attacks, which include the beehived Queen’s Guard opening fire on a crowd of tourists, offer uncomfortable, if honestly unintentional, echoes of last year’s ISIS assault on Paris. This may seem silly to complain about in an obviously dumb action movie, and I’ve swallowed a lot of bloody dreck without raising an eyebrow, but when our violent nightmares are served back to us in such charmless and cynical fashion, it doesn’t feel good.

What follows is a Sun editor’s anti-jihad bromantic fantasy, as team Ben-Banning dash through London, blasting, torturing and stabbing the “terrorists assholes” all the way back to “Fuckheadistan” (not actual country). A film-maker like Emmerich, for all his faults, knows how to blow up postcard landmarks with a bit of theatricality. London Has Fallen dispatches with Westminster et al. with sloppy impatience, rendered in pathetic, BBC3-level CGI. And the limited location shooting means that once the chase across town begins we may as well be anywhere; it’s a grey sludge through anonymous backstreets, subway tunnels and safe houses. Would a stopover at Madame Tussauds really have been out of the question?

It’s hard to know which is uglier, London Has Fallen‘s politics or its film-making. Iranian director Babak Najafi shoots in jittery sequences, boring helicopter shots of destruction and off-putting medium shots of our heroes in action. Only when Banning is storming the terrorist headquarters, an unbroken behind-the-shoulder sequence, does the film settle down. I mean, it’s still garbage, but at least it’s garbage you can see clearly.

Banning has got a bambino on the way and a nursery room full of cameras, so he’s all set to hang up his sheathe, crack open a cold one (he’s a thirsty fella) and take ‘er easy for once. But the final shot hints, ominously, at future exploits, a possible transnational franchise of map-hopping massacres. Which capitol is next in line for some lean-budget annihilation? What are the odds of a middle-aged Butler eventually roaming around Shaftsbury Square, gleefully jamming knives through balaclavas and making wisecracks about St. Patrick? Conor Smyth