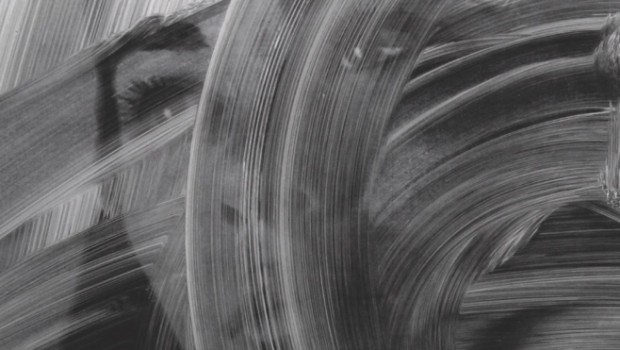 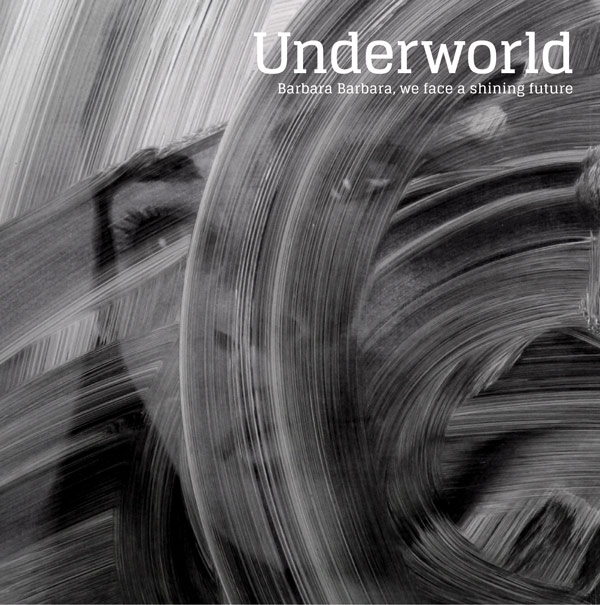 “Barbara, Barbara, we face a shining future”; these were some of the final words spoken by Underworld frontman Karl Hyde’s father to his anguished wife on his deathbed. It’s a simple, yet beautiful phrase brimming with melancholic hope. Underworld’s decision use this as the title of their ninth studio LP, their first in sixth years, makes a great deal of sense as it not only works as a tribute to Hyde’s father but also as the rosetta stone to understanding the whole disc. Every song on the record has this genuine sense of foreboding and menace, manifested in the form of pulsating electronic beats that when heard in isolation strip any semblance of warmth or humanity away. There is an undeniable fear and tension running through every moment and yet there’s no denying that the album possess a deeply hopeful viewpoint in relation to the human experience. Every song has some sliver of hope and an almost utopic vision that the record keeps an iron-clad grip on; we may be hurtling towards the darkness, but things are going to get better. It all combines in an entrancing mixture that is not only deeply captivating but also, at times, truly beautiful.

It’s hard to deny that there does exist a sense of dread at all moments of the record. It’s par for the course given Underworld’s preference for large, thumping electronic beats. The opening cuts of the album have a much more pronounced version of this feeling. ‘If Rah’, a full-on club banger, hammers on a single motif for its runtime that at times veers into overbearing, while ‘Low Burn’ opts for a much more subtle sense of unease. You get that there is something distinctly wrong just under the surface, but you can’t quite ascertain what it is. This feeling reaches its zenith on the mid-album ‘Santiago Cuatro’, a Spanish guitar driven number punctuated by throbbing white noise ambience giving it the feeling that it wouldn’t be out of place in a David Lynch film. Once you pass this track, the album lets its more optimistic tendencies shine through, culminating in the jubilant album closer “Nylon Strung”, which is just fantastic. What’s so great about the record though, is that upon relistening the flickers of that sense of joy which characterise the second half of the album become more evident in the first half.

While there is a darkness present, the record is centrally an optimistic one, particularly on repeat listens. You can point to any song or any moment on the album and find a clearly defined thread of real hope and promise. Sometimes it manifests itself in the form of Karl Hyde’s abstract sprechgesang vocals, which present themselves as abstract nuggets of single words, other times it comes in the form Rick Smith’s hypnotic instrumentation. The best moments are when these two combine to form this kaleidoscope collage that grabs you and refuses to let go as is the case on the album opener “I Exhale” which is absolutely show stopping. Eight minutes of electronic perfection; incredibly danceable, enrapturing and simmering with this blissful sensibility, it’s nearly impossible not to like just like the rest of the album it belongs to. Will Murphy

Underworld – Barbara, Barbara, We Face a Shining Future Will Murphy