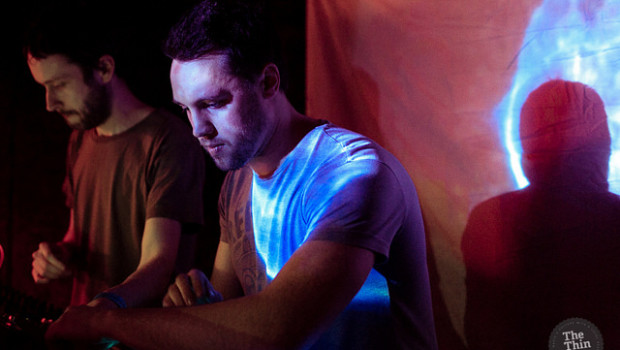 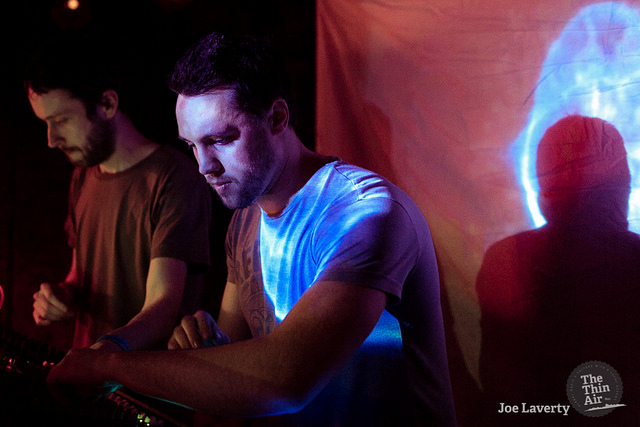 Gigantic at Lavery’s is a Belfast institution. For over a decade now it’s been a valuable club night for those of us who would rather spend a Friday night dancing to LCD Soundsystem or The Juan MacLean over the more typically pedestrian fare on offer in most clubs of a weekend. It’s also been refreshing for its tendency over the years to play material by local artists alongside the usual international acts, so the recent monthly gig nights at the club have been an inspired move. Not to mention, with music industry release dates now standardised to Fridays on both sides of the border, it’s now a perfect venue for album launch gigs. Following great sets from exmagician, Sea Pinks and Autumns over the last few months, and ahead of September Girls in April, this month we’re treated to the return of Dublin electronic duo Solar Bears, celebrating the release of long awaited third LP Advancement. 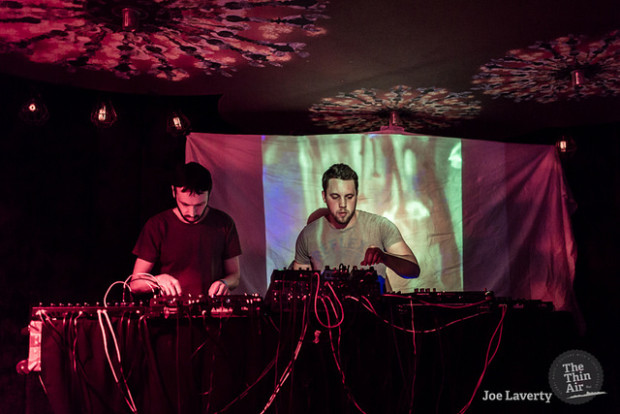 The album itself follows on from previous full lengths She Was Coloured In and Supermigration in combining ambient, dance and krautrock influences with those of film scores and library music, with Boards Of Canada still being the most obvious comparison. The duo’s live show, though, is a different beast entirely. Rather than atmospheric and relaxed, the music is faster, louder and more energetic, as the pair – John Kowalski and Rian Trench – fiddle with various samplers, sequencers and keyboards in front of trippy live visuals. The duo have mentioned in recent interviews that they’ve written new material specifically for the live show that they can improvise with, so there’s little to recognise from their recorded output tonight among what amounts to a sprawling continuous piece, as sections seamlessly weave into the next, spoken word samples appearing here and there, hooks repeated until they’ve outlived their usefulness and replaced with the next one, all with a certain raw spontaneity often missing from more overly polished electronic performances. 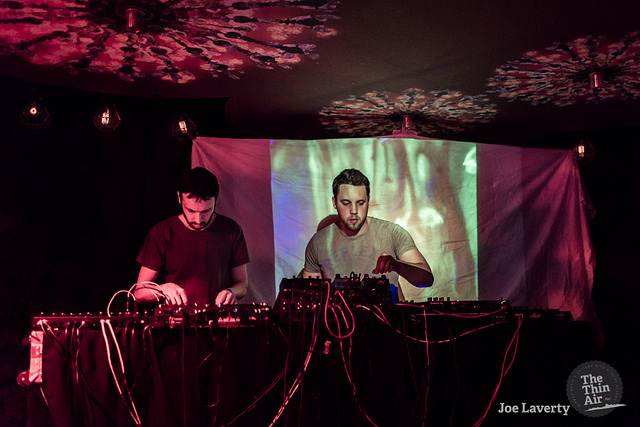 Though the room appears worryingly empty shortly before they’re due onstage, attendance thankfully picks up quite quickly, and there’s an infectious level of enthusiasm from those at the front who are fully embracing Solar Bears’ dancier side, and are rewarded with a 15 minute encore that seems to pick up right where the original 45 minute set left off. If the material on offer tonight is a sign of how LP4 might turn out, let’s hope we have a shorter wait. Cathal McBride