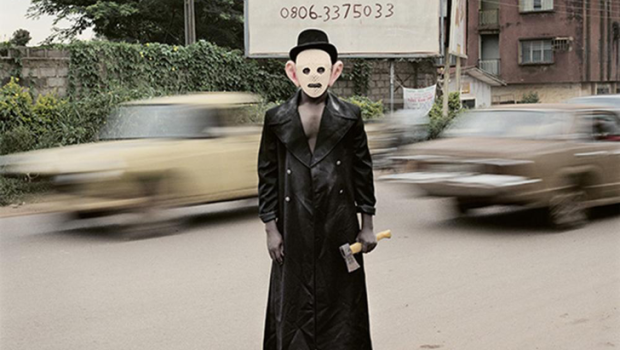 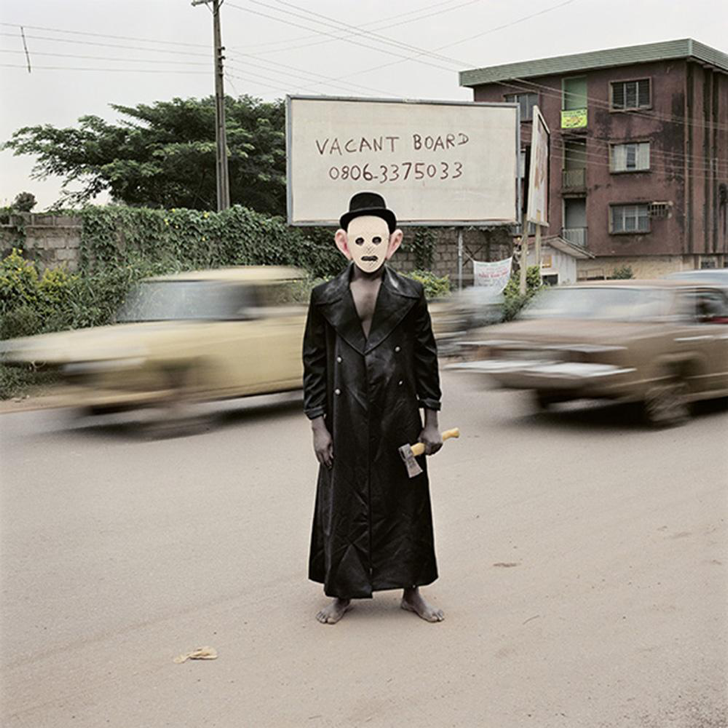 The concept of environments, and environmental impact, resonates across the broad content and diverse mediums featured in this edition of The Thin Air’s Picture This. While this theme is present in the traditional sense of the impact we as a human race have had on the environment, it is more keenly felt in the reverse and the impact an environment can have on us – the subject and the audience. The four shows highlight how it can alter the cultures and traditions of its inhabitants, help formulate ideologies and craft viewpoints. In a broader sense we also see the impact the works, and the environment in which they are presented, can have on the audience who view them. In Dublin’s Gallery of Photography we see how the blend of traditional African culture and modern postcolonial life has impacted the lives of Africa’s inhabitants. Colonial life is also present in Galway Arts Centre as the foundation of penal colonies by Irish convicts in the 18th Century is still reverberates in modern Australian and traditional Aboriginal culture. In VISUAL Carlow we see how the post-industrial environment of a quiet Irish town can impact the awareness and aspirations of its residents. While in the Butler Gallery in Kilkenny we see the the more literally impact a gallery environment can have on an audience with it’s unique accessibility through interactive audio guides. These four shows are multi-faceted and diverse but each also showcases the ability galleries and artists have to engage with viewers through compelling works and exhibitions.

Kilkenny: “This allows for a broader and more diverse motif to exist within the works, and as such produce a more engaging exhibition.” 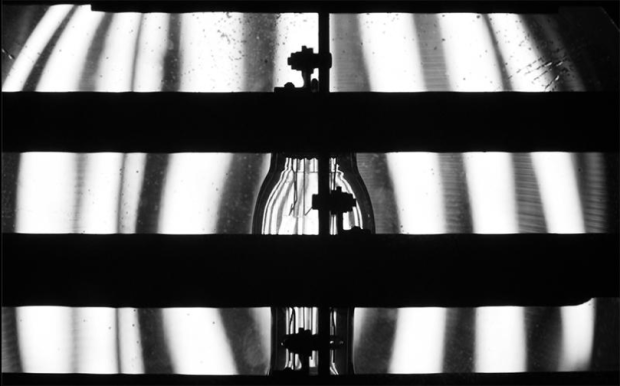 What: Block and Receive
Where: The Butler Gallery
When: 25th June to 24th July

New and recent works by Dublin visual artist Cliona Harmey form the basis of the current show on in The Butler Gallery in Kilkenny Castle. Entitled Block and Receive, the exhibition features a variety of mediums including sculpture, animation and a series of video pieces. On first inspection the works seem drawn together through maritime connections – with signal flags, satellite imagery and sequences of hand-operated morse code signal lamps. On further inspection the core theme of communication rings out loudly. Works and exhibitions that deal with communication often only discuss successful communication or communication in the dual sense of sending and receiving. In Block and Receive, Harmey documents and displays failed communications and transmissions as well. This allows for a broader and more diverse motif to exist within the works, and as such produce a more engaging exhibition. The theme of engagement and communication is also extended to the gallery itself who have provided a new technology for the show called Discovery Pens. An annual collaboration between Butler Gallery and Arts & Disabilities Ireland, immersive audio guides (which include commentary from the artist herself) are provided for blind and visually impaired visitors. Currently the only gallery to do so in Ireland, this wonderful initiative ensures that the arts remain accessible for all. 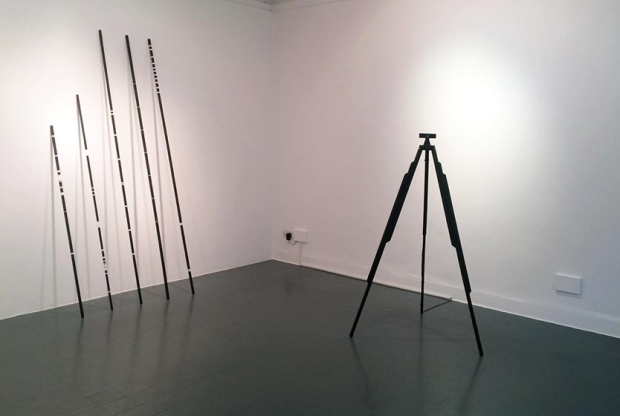 Galway: “the six artists address the impact these early settlers had on the landscape of Australian history and the reverberations still felt by their ancestors today.” 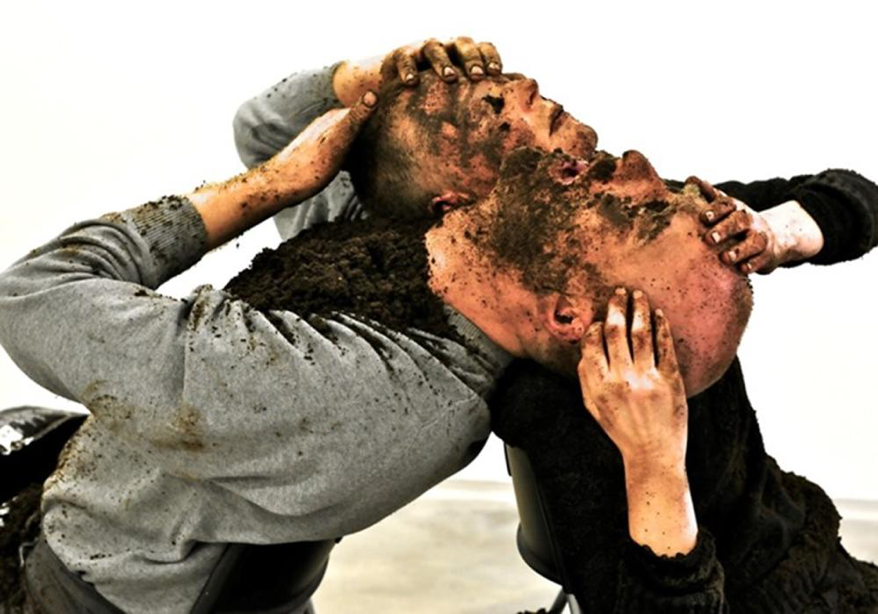 What: Border Crossings
Where: Galway Arts Centre
When: 10th July to 24th July

Recent political developments in this corner of the world have thrown open the debate on immigration, colonialism and cultural identity, as well as the presence of conflict, in both physiological and psychological terms, that exists within these subjects. Border Crossings, the current show on in the Galway Arts Centre, looks to discuss the effects this can have but chose a more historical context for departure than recent developments. When the first ship of convicts arrived to Australian shores in 1788 to set-up a penal colony, 24% of them were Irish – and many we’re also Irish Volunteers. To gauge the importance this first cross-global exchange of culture between Ireland and Australia had on the environment of modern Australia you only have to look at the city they founded: Sydney – Australia’s most populous – and the date they did so: 26th January – now Australia’s national day. Border Crossings features the works of six artists, three Irish (Michelle Browne, Sandra Johnston and Dominic Thorpe) and three Australian, all of whom have Irish heritage (Julie Gough, Sue Kneebone and Yhonnie Scarce). Performance arts features heavily in this exhibition as the six artists address the impact these early settlers had on the landscape of Australian history and the reverberations still felt by their ancestors today.

Dublin: “as a triptych of works, the individual series become woven together to form a rich tapestry of traditional African folklore and storytelling combined with post-colonial life.” 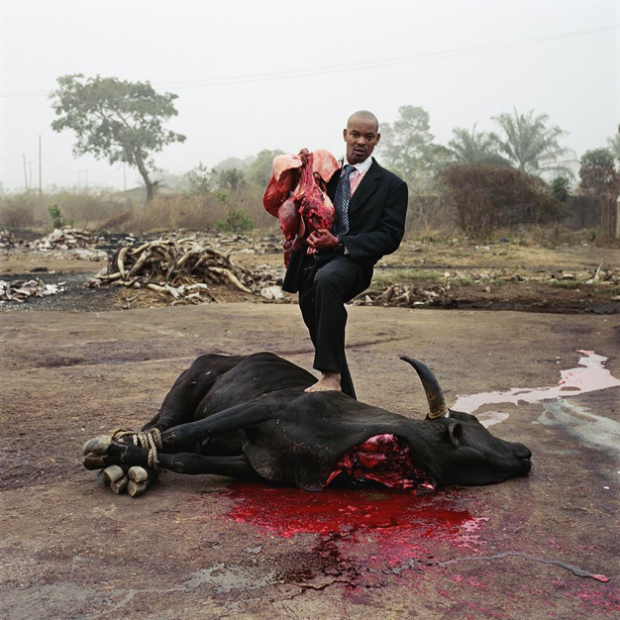 What: Pieter Hugo – Thirteen Works
Where: Gallery of Photography
When: 24th June to 21st August

South African photographic artist Pieter Hugo is known for his striking imagery of African people and their cultures. Dublin’s Gallery of Photography, in partnership with The MAC in Belfast, have presented a selection of images from three of Hugo’s recent bodies of work – The Hyena and Other Men (2005 – 2007) Nollywood (2009) and Permanent Error (2009 – 2010) – in their latest exhibition entitled Thirteen Works. Striking and compelling when displayed singularly, presented as a triptych of works here the individual series become woven together to form a rich tapestry of traditional African folklore and storytelling combined with post-colonial life. The Hyena and Other Men sees Hugo document the lives and traditions of the itinerant performers who live on the outskirts of Nigeria’s cities. Portraits of powerful and striking posturing are contrasted with the more domesticated imagery which displays a more familial and co-dependent relationship between man and animal. This sense of theatrics and performance is at the fore in Nollywood, a look at the third largest film industry in the world. Hints of Shakespearean drama and macabre unfold in the works as Hugo blends an environment of half-fantasy, half-reality. In the final series we see haunting images of the cooper waste fields of Agbogbloshie – a place referred to by local Ghanaians as ‘Sodom and Gomorrah’. Locals eke out a living by burning electronic devices to extract metals in hazardous conditions. Hugo documents this living in a series of portraits whose composition touch elements of Renaissance painting. When presented together these three bodies of work showcase an photographic artist which an exemplary attention to detail and form, and a rich catalogue of images. Thirteen Works continues until August 21st. 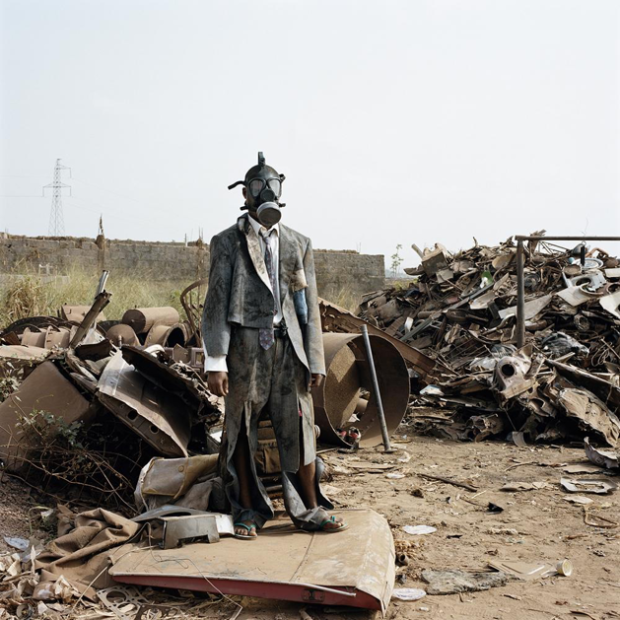 Carlow: “Bowe’s pallet choice and image creation helps form a multifaceted cohesion for the audience to engage with. This is your town, this is everybody’s town.” 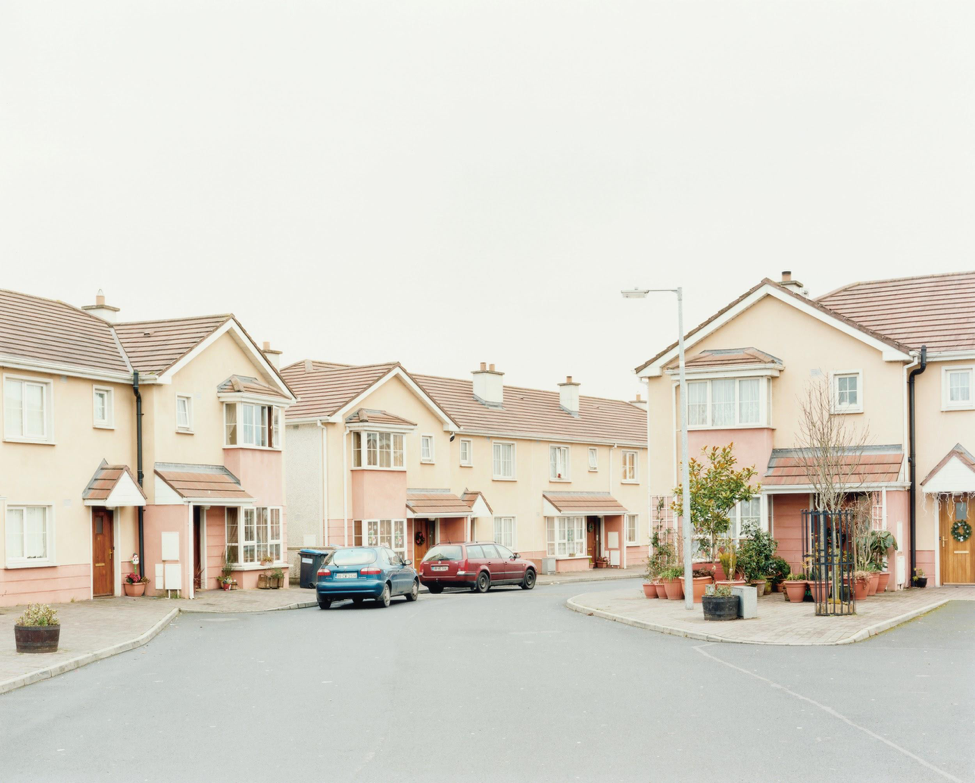 What: At Mirrored River
Where: VISUAL Carlow
When: 2nd July to 16th October

Acclaimed Irish writer John McGahern once said “the ordinary is the most precious thing in life.” This fascination with the seemingly banal and the enjoyment of the trivial could be seen in his writings. This approach and appreciation of everyday musings is also present in At Mirrored River, the latest exhibition in VISUAL Carlow by emerging Irish photographer Enda Bowe. Created over a period of four years, At Mirrored River features portraits of an unnamed town and its young inhabitants. The town itself is not revealed to us, and it does not need to be. The estates, the local shops and amenities could be anywhere and as such the collective emotions of its population become more accessible for us the audience. It is within these everyday moments that decisive and emotive experiences can be created by subject, divulged by Bowe and then absorbed by the audience in an augmented collective awareness. Awareness itself in integral to the series, with Bowe advising that the Irish word for ‘awareness’, Teannalach, provided inspiration for the series and a key departure point for the work. Bowe’s pallet choice and image creation helps form a multifaceted cohesion for the audience to engage with. This is your town, this is everybody’s town and as such this our future, these are our hopes and are our dreams. At Mirrored River runs until mid-October with a publication by Photo Ireland of the work due out at the end of the year. 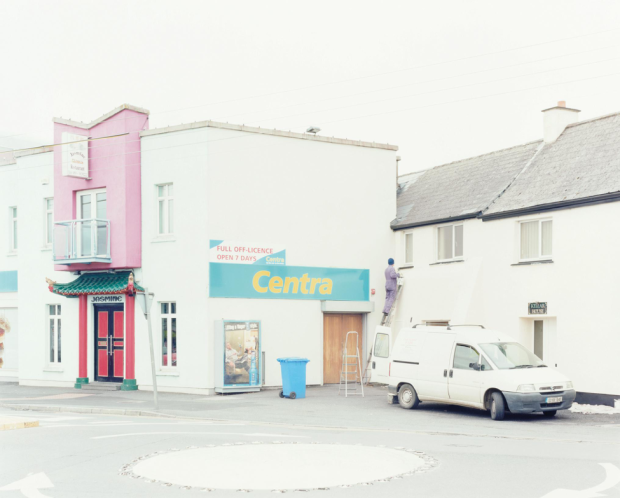