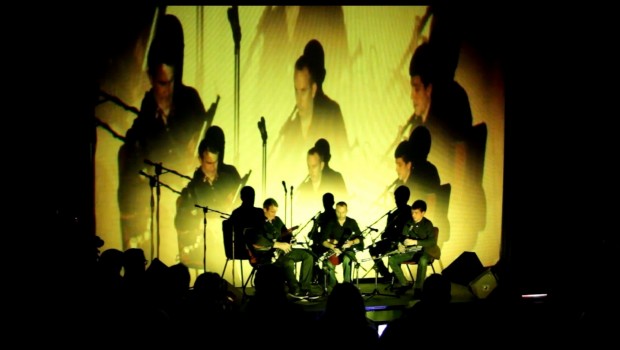 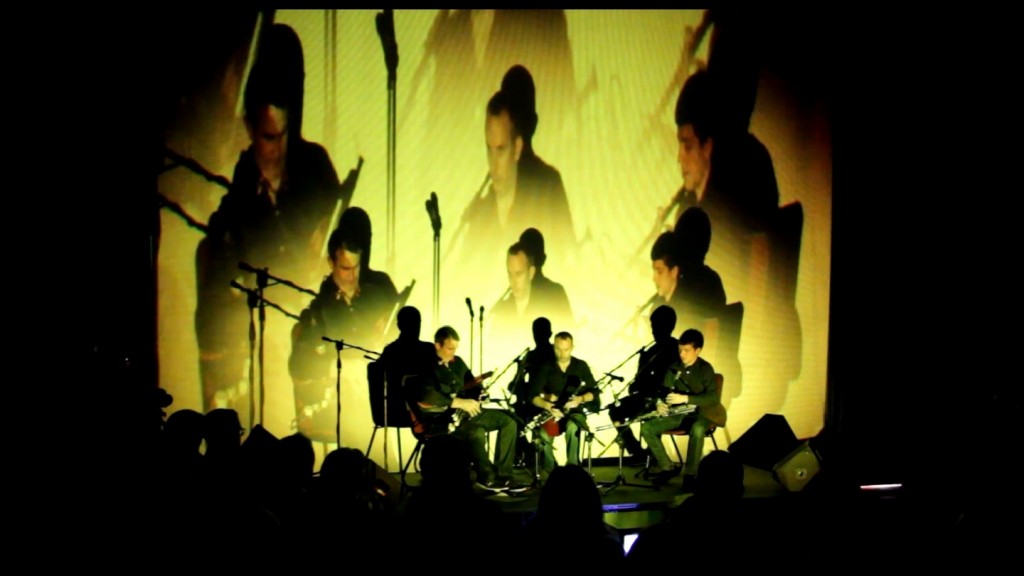 The title may evoke a line from Frederick Weatherly’s famous ballad ‘Danny Boy’, but this multi-media project, where there are as many audio-visual artists as there are uilleann pipers, is about as far away from Irishry as imagined by sentimentalists the world over, as can be imagined.

The music itself is traditional enough, though the printed program outlining the sequence and details of the twelve-piece set is more in tune with a classical music performance.

Maitiú Ó Casaide, Leonard Barry and John Tuohy – the latter subbing for Padraig McGovern – deliver a set of jigs, hop jigs, slip jigs, reels, slides, marches and slow airs, typical of pub sessions the island over – though with a technical facility not quite so commonplace.

Unusually, however, there’s no talking between the tunes, during an hour of exhilarating music that unfolds seamlessly like a continuous suite.

Towards the back of the room and operating the digital imagery apparatus, Visual Art Director Lionel Palun manipulates in real time Curator/Director Donal Dineen’s projections of objet trouvés – ferns, branches, leaves, a peacock’s feather, a bowl of water,  etc – whose movements in turn respond to the melodic and rhythmic waves – the emotional contours – of the music.

John Crudden’s atmospheric lighting design brings yet another striking dimension to the performance.  The Pipes The Pipes is, without doubt, a truly immersive experience.

The wall-sized screen behind the musicians is a canvas for kaleidoscopic moving images and shafts of light. The effect, at times, borders on the psychedelic, though in juxtaposing nature and close-ups of the pipers’ hands working their mad machines with deft precision, there is something quite elemental at work.

The musicians are bathed in the colored lights and images, which in a sense relegates them as individuals while foregrounding the power of the music.

It’s all far removed from the images of misty glens, ruined castles or stormy seas to which the uilleann pipes so often provide the soundtrack in films and documentaries. “This is an opportunity to see these tunes in a way that they’ve never been seen before,” states Dineen, post-show.

Dineen, however, is in no way dismissive of the tunes’ genealogy. Turlough O’Carolan’s ‘Lord Inichquin’, for example, an elegant waltz that comes at roughly the half-way point in the show, strikes a particular cord with the visual artist.

“He was a blind composer born in the late 1600s,” Dineen explains. “It’s amazing to think that a tune written three hundred years ago by a blind person is seen this way.”

The Pipes The Pipes has evolved significantly since its earliest incarnation. Commissioned by The Dock, Carrick-on-Shannon, to celebrate its tenth anniversary in 2015, Spanish painter Guillermo Carion initially had the tall task of painting in real time to the beautiful storm of three pipes sounding in unison. After a few shows it became apparent that this medium wasn’t working.

It was incredibly brave of Carion, pitching himself well outside his comfort zone, and although the experiment was not entirely successful it served to open the door to new possibilities. Dineen’s projection of found objects, inspired to a degree by the artist Richard Long, are all gathered from the locale in question, lending a unique quality to each show.

The show, in essence, pays homage to the magic of Irish uilleann pipes. This extraordinary instrument, which has flirted perilously with extinction at various times in its colorful history, is standing its ground firmly. In fact, as documented in Colin Harper’s excellent history, The Wheels of the World: 300 years of Irish Uilleann Pipes (Jawbone Press, 2015), the instrument is enjoying something of a revival.

The Pipes The Pipes should appeal to piping communities from Ireland and North America to Japan – everywhere in fact, where the instrument is played. The show has all the credentials, however, to reach audiences well beyond the traditional music domain and it may well be that arts festivals show most interest in this compelling audio-visual feast.

By some distance, this meeting of real-time audio and visual worlds is the most progressive offering in Feile An Droichead’s 2016 program.

In setting that most enigmatic of folkloric instruments in a boldly contemporary artistic framework, one that appeals to the imagination as much as it does to the senses, The Pipes The Pipes proclaims, loudly and vibrantly, that the uilleann pipes have vast possibilities yet to explore. And new audiences to seduce. Ian Patterson 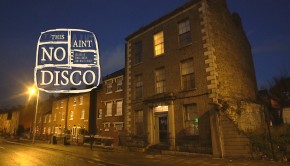 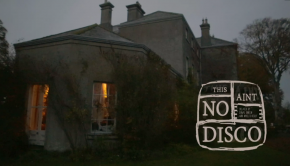 Watch: This Ain’t No Disco Episode 1 → 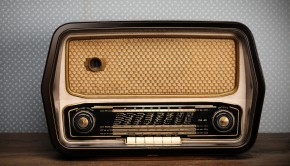