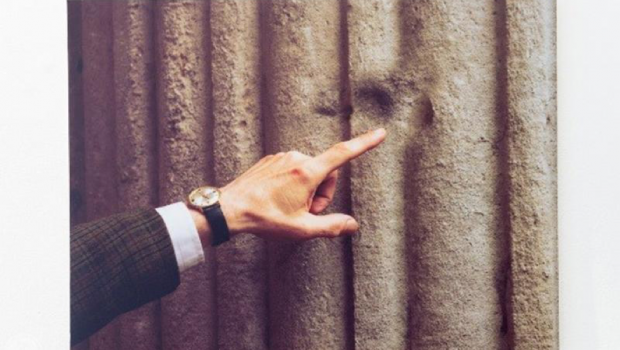 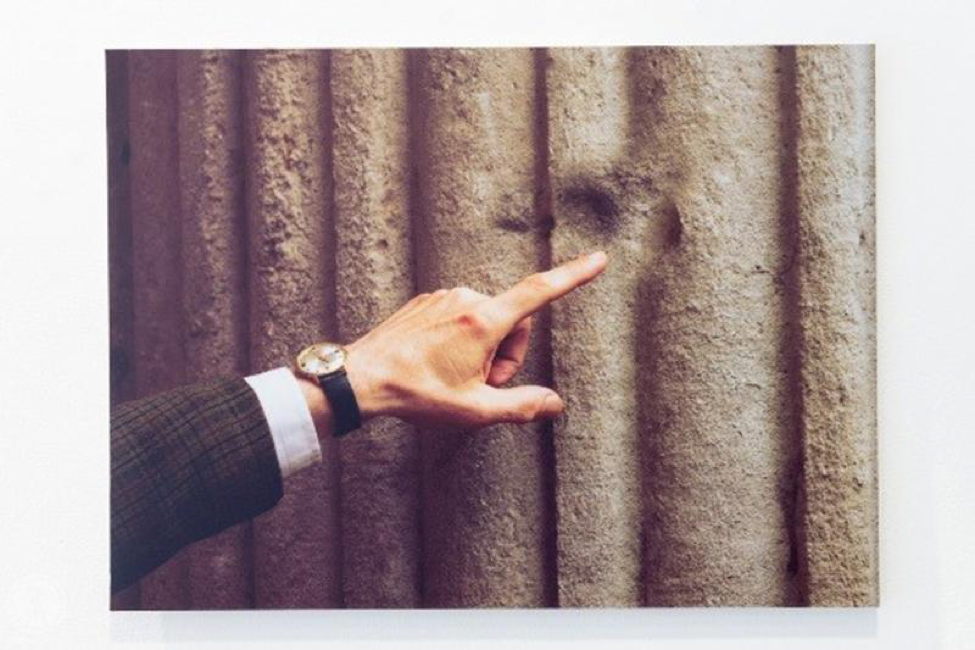 Among its definitions by the Oxford English Dictionary, alongside ‘a strip of material worn round the collar‘ and ‘a game in which the scores are level’, ties is defined as ‘a thing that unites or links people’. It is this third definition that can be best used to describe the exhibitions, artworks and people that feature in this edition of The Thin Air’s Picture This. In Dublin we see the latest show by Willie Doherty which discusses the unified history of two separate places and how this, via the 1916 Rising and later republicanism, has now become part of the cultural history for millions of Irish people. This same republicanism and history can be seen in Waterford in a show featuring the works of John Byrne. In this case we see a more personal reflection on the links to Byrne’s past and evolving relationship with the many tropes of Irishness, these are shown alongside works that engage with the audience’s own collective emotions. In Carrick-on-Shannon ties are more overtly on show as the works of father and son John and Gary Coyle are displayed. Aside from a familial link, the exhibition showcases two artists cut from the same cloth both critically and thematically. And finally in Cork we see a city-wide exhibition that fosters growth and unity within communities but also showcases that common link between us all – our love for art and people.

Dublin: “Loose Ends is 18 minutes long, be sure to take that time and enjoy this wonderful exhibition before it closes.” 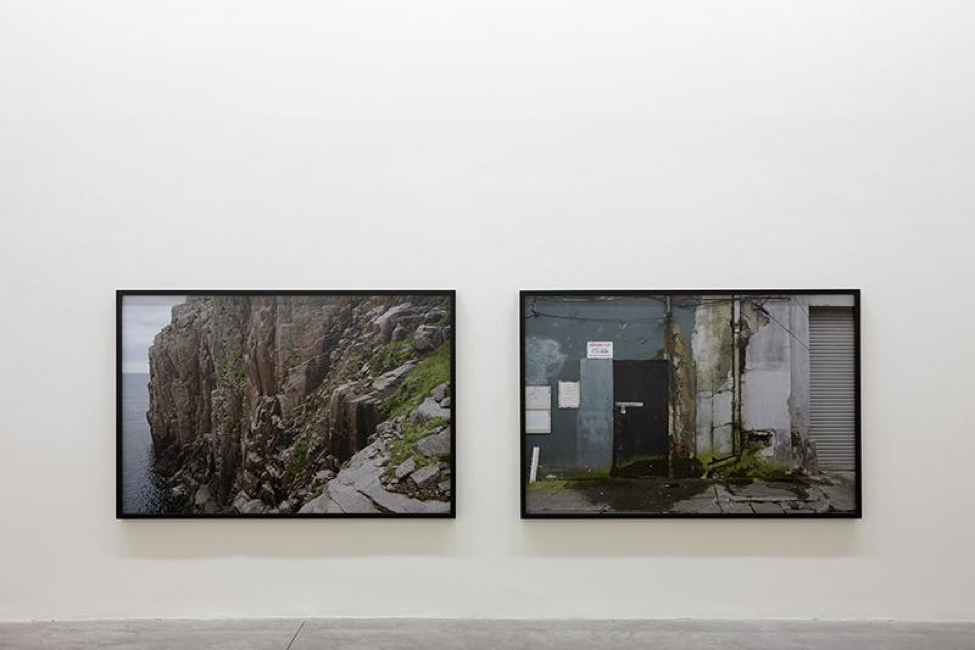 What: Loose Ends
Where: Kerlin Gallery
When: 3rd September to 19th October

Loose Ends is the latest exhibition from Northern Irish artist Willie Doherty and is currently on show in Dublin’s Kerlin Gallery. The gallery itself has undergone an impressive refit to house Doherty’s signature video presentations – in this case a large dual screen projection. The latter half of the gallery has been sectioned off to create an intimate but spacious room for Loose Ends, an 18 minute diptych video installation. The other half serves as a foyer, albeit one with four beautiful prints taken from Loose Ends stills and presented in pairs to form two distinct pieces. These provide the first introduction to the series and follow the same format of displaying views of Gola Island in Donegal and the capital’s Moore Street. Both provided key moments to the 1916 Rising – and as such the greater cultural and political shadow cast nationally in the century since the rebellion. As this centenary year of remembrance draws to a close there is no question which setting resonates loudest within the Irish psyche. While its significance, as with most historical secondary moments, has become a footnote in the broader historical tale of 1916, Gola Island provided a key moment in the build-up to the Rising. It was this remote Donegal island that was home to both Patrick McGinley and Charles Dugan, two of the six person crew for the Asgard during the 1914 Howth gun running. Loose Ends is accompanied by voiceover which is solemnly overlaid on the diptych projection. In this we hear tales of the Atlantic Ocean,of panic and fire, smoke and flames. A conjoined tale of both spaces but one that is also distinct from both – these places exist independently of each other but their histories are fundamentally entwined forever. Loose Ends is 18 minutes long, be sure to take that time and enjoy this wonderful and compelling exhibition before it closes. 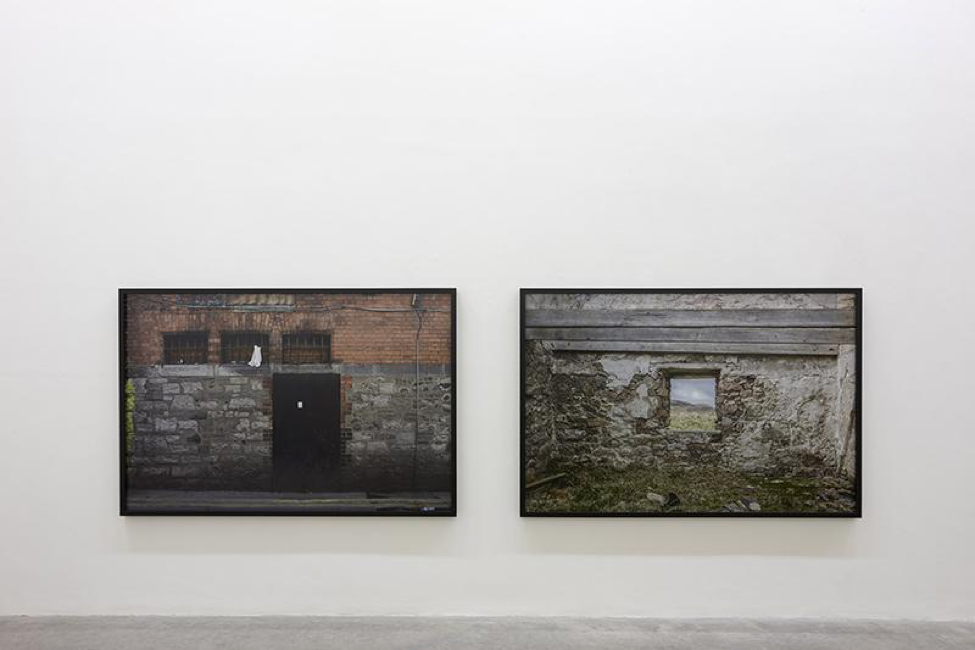 Waterford: “This multimedia exhibition provides a keen insight into the practices of Byrne and provokes a multifaceted look at the role of nationalism in Ireland today.” 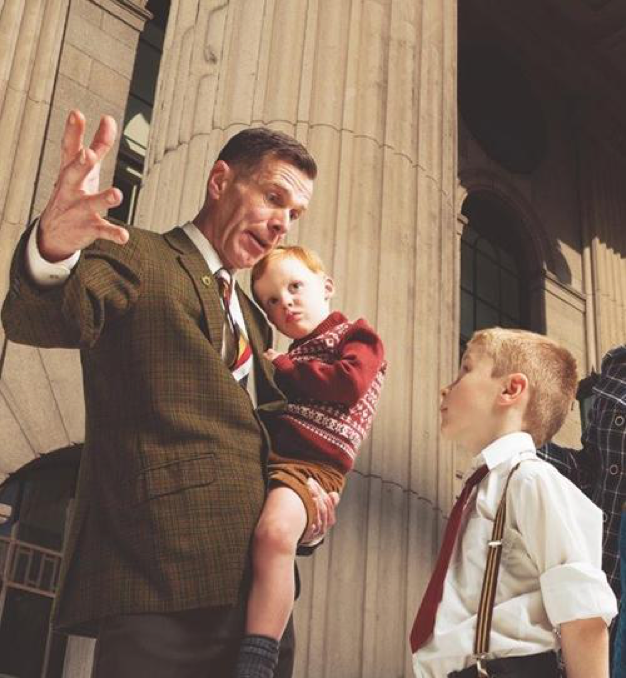 What: Would You Die For Ireland?
Where: Garter Lane Arts Centre
When: 16th September to 29th October

Waterford’s Garter Lane Arts Centre plays hosts to an exhibition featuring a selection of works from Belfast-born, Dublin-based artist John Byrne. The title of the show is taken from Byrne’s iconic 2003 film Would You Die For Ireland?, which was commissioned to mark the bicentennial of Robert Emmet’s death. The film sees the artist in a number of Irish cities, both sides of the border, querying with members of the police, orange order and even a Taoiseach as to whether they too would die for Ireland. In 2003 the video piece was originally shown in Kilmainham Gaol, now it forms the core of an exhibition featuring new photographic pieces and Byrne’s Peep sculpture. Peep was recently shown in Dublin in The LAB and in Pairs in the Centre Culturel Irlandais. The former has provided the curator of this show in Sheena Barrett while the later co-produced the exhibition alongside a number of local and national bodies. This sculpture takes it inspiration from the origins of the Irish tricolour which was created in Paris and first flown in Ireland by Waterford native Thomas Francis Meagher – the display of this work initially shown in Paris echoes the journey undertaken by Meagher over 150 years previously. Byrne’s new photographic work takes a reflective look at his childhood memories of nationalism and visits to the Gaeltacht and Dublin, with poignant re-enactments of both displayed. This multimedia exhibition provides a keen insight into the practices of Byrne and provokes a multifaceted look at the role of nationalism in Ireland today in both a personal and societal context. 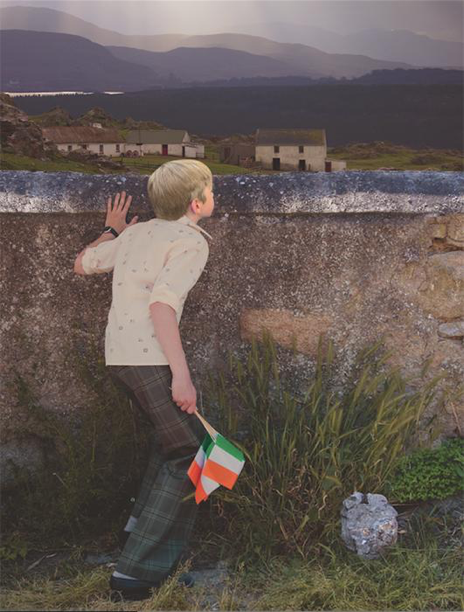 Carrick-on-Shannon: “Now Came Still Evening On is an exhibition featuring the work of two artists with differing approaches and presentations but whose outputs represents similar themes.” 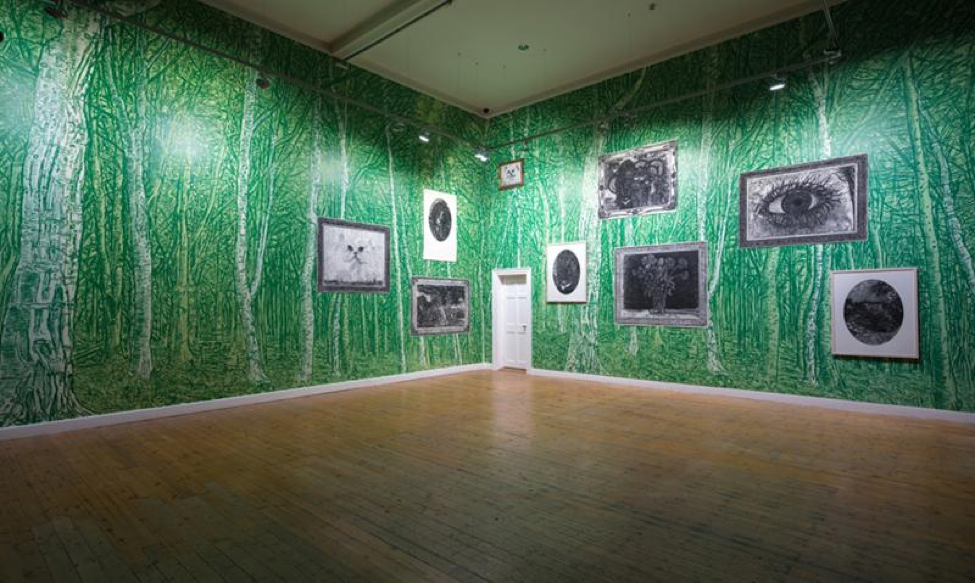 What: Now Came Still Evening On
Where: The Dock
When: 10th September to 12th November

John Milton’s epic poem Paradise Lost provides the title of the latest exhibition in Carrick-on-Shannon’s The Dock entitled Now Came Still Evening On. Milton was a stanch republican in an era prior to both the American and French revolutions, serving as Secretary for Foreign Tongues during Cromwell’s inter-monarchy reign in the late 17th Century. Milton was also known for his advocation of both free speech and freedom of the press – with his 1644 Areopagitica seen as a cornerstone of the subject. Paradise Lost was written in Milton’s old age and after the restoration of the monarchy in England and its context was seen as deeply republican and highly politically charged. Fast-forward 350 years and Ireland exists in a similar political turmoil with The Dock’s Now Came Still Evening On featuring the works of father and son painters – John and Gary Coyle. The former presents a series of paintings of everyday viewpoints and musings in an approachable style but with depth and emotion – echoing the simplistic structure but powerful content of Milton’s epic poem. His son Gary presents what is best described as an environment rather than a series of work. The walls of The Dock have been covered head to toe in a digital drawing of The Dark Wood from Coole Park – seen as the birthplace of the Irish Literary Revival during the late 19th and early 20th Century. Hung over this are images from modern culture, including memes taken from the internet, in a traditional charcoal style. The display of this series provides an immersive feel, and one that echoes the bombardment of modern day image consumption. Now Came Still Evening On is an exhibition featuring the work of two artists with differing approaches and presentations but whose outputs represents similar themes, motifs and most of all a kindred level of engagement between audience and work. 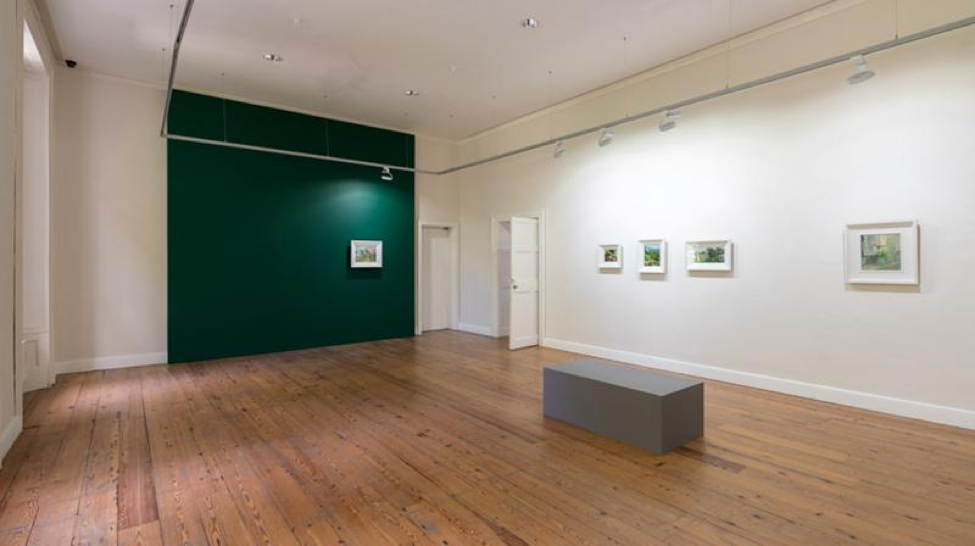 Cork: “At its heart Perceptions showcases the power and ability art has to engage with all members of the community.” 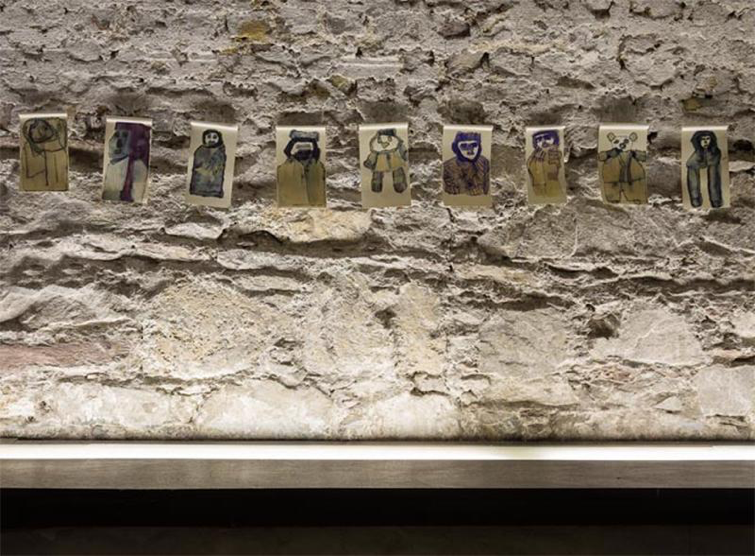 What: Perceptions 2016: The Art of Citizenship
Where: Multiple venues across Cork
When: 9th September to 29th October

Spread across 10 venues in Cork, Perceptions 2016: The Art of Citizenship is less of an exhibition and more of a festival of visual culture. The same city played host to the Art of Inclusion three years ago and this year’s effort is the result of a collaboration between Cork City Council Arts Office, Crawford Art Gallery and CIT Crawford College of Art & Design, as well as the other participating venues. Over sixty artists are showcasing their work during Perceptions run, with the artists in question working in supported studios both nationally and internationally. These spaces provide access to materials, opportunities and most of all a safe and encouraging place to create art for professional artists with disabilities. The theme of this year’s show is citizenship and takes it’s calling from the Proclamation a hundred years previously which stated: “all of the children of the nation equally and oblivious of the differences”. This bold manifesto is reimagined to look forward in search of a more equal society. This is presented via a diverse set of mediums as well as artist profiles. At its heart Perceptions showcases the power and ability art has to engage with all members of the community and spark an important dialogue between them – and one that invariable transcends the subject. You can view a map of all participating venues in Perceptions 2016: The Art of Citizenship online here, make sure you support this fantastic initiative and showcase of wonderful art. 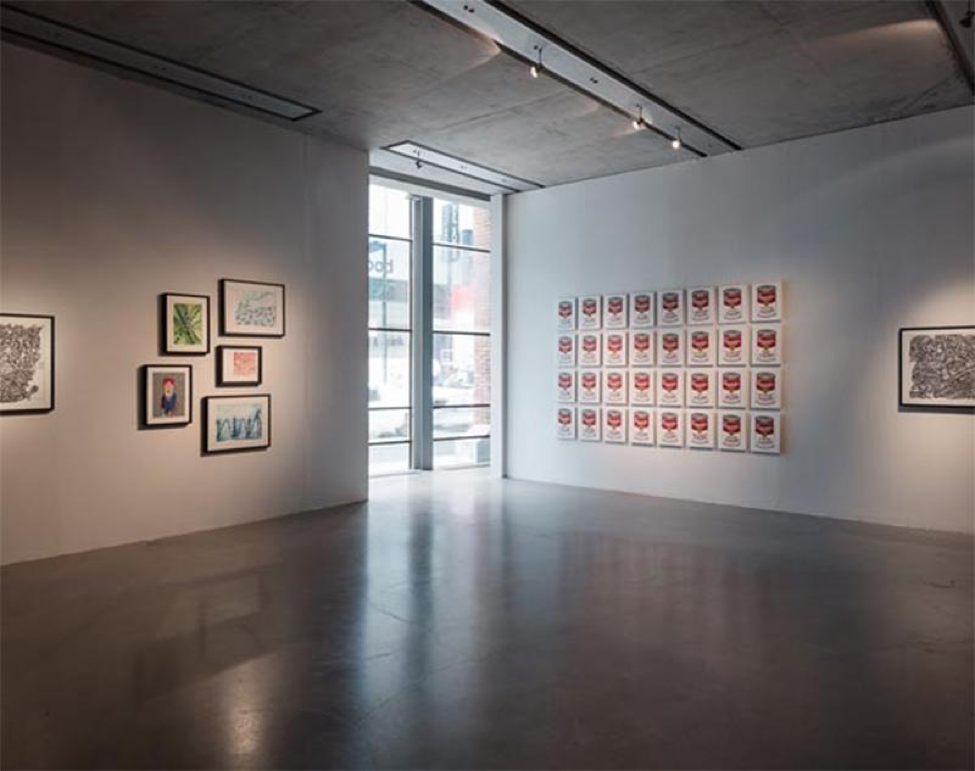 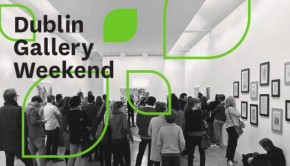 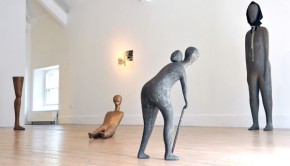 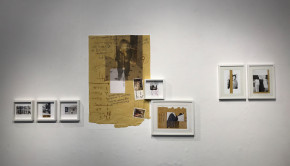 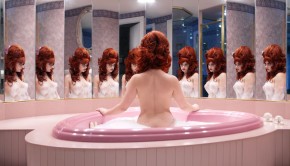