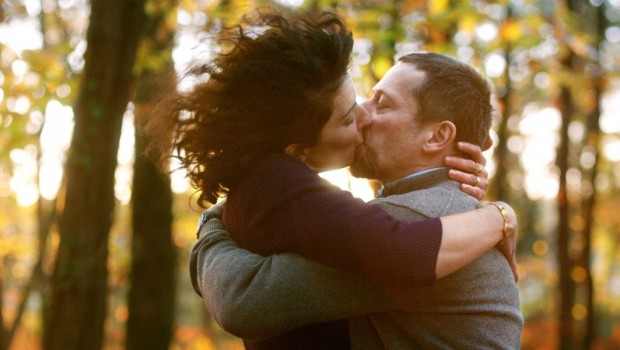 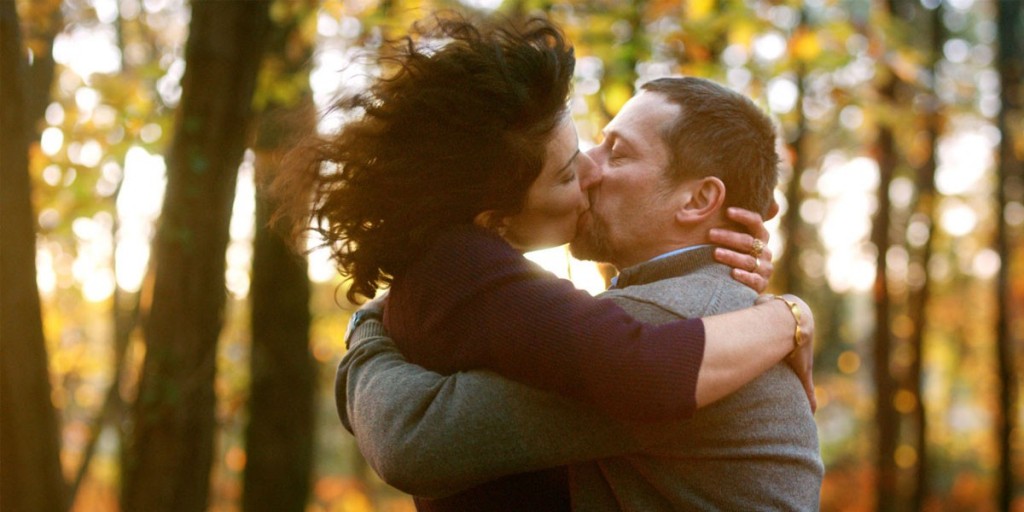 Best known for his performances in The Diving Bell and the Butterfly, Quantum of Solace and Venus in Fur, Mathieu Amalric steps behind the camera to adapt Georges Simenon’s novel of the same name. The story of an extra-marital affair that leads to a double murder investigation, The Blue Room is an immaculately crafted, neo-noir character study, both haunting and illuminating in equal measure.

The film begins with the two lovers, Julien and Esther, naked in bed. Immediately there is a disjuncture between sound and image as the audience hears them have sex, but never sees it. Only the eponymous blue room is witness to that. Esther wears nothing except a pearl necklace, like a classic femme fatale. The two lounge on the bed in a painterly light that streams into the room. The scene is interrupted, however, when the film jars forward in time to Julien being interviewed by the police.

The rest of the film is punctuated by these scenes of Julien retelling his story to a variety of policemen, lawyers and magistrates, intercut with flashbacks of events- there is always the sense, however, that what the audience is seeing and what Julien is recounting may not be the truth he proclaims it to be. Throughout his story Julien plays the naïve accomplice to Esther’s knowing mistress, a man who lives his life at the whim of fate, but is he really what he seems?

Visually, the film is a masterpiece. Amalric, together with cinematographer Christophe Beaucarne, has crafted every frame to resemble the immaculate light and shadow of an Edward Hopper painting. Amalric takes equal care, as Hopper did, in the posing of his characters. There is a wonderfully suspenseful moment when, as they lie together in bed, Julien’s wife, Delphine- does she know about the affair or not, the audience is constantly thinking- pauses before turning out the light. The film is also littered with powerful visual motifs, such as the colour red, which tethers a drop of blood and the red towel that Esther signals Julien with, among several other objects, which are used with all the potency and foreboding that Alfred Hitchcock used to muster.

As equally adept as the cinematography is the film’s editing. Often abandoning the pedestrian requirement to establish the space that the audience are looking at, the film’s editor Francois Gedigier instead cuts rapidly back and forth, until the films images flow like musical notes and resemble the pages of a comic book. This creates a series of dramatic cuts as contrasting images are juxtaposed, such as Julien fearing Esther’s husband knows about them, when he spies him in the street, then cutting to a resigned Julien in handcuffs, flanked by policemen.

For all the visual bravado though, there is definite substance to the film. The leads all perform with a damaged authenticity. While the atmosphere of paranoia and uncertainty created, along with its classical flashback structure, conjures memories of iconic noirs such as Double Indemnity and Body Heat, as well as vintage Hitchcock. With the similarities between their opening scenes, The Blue Room could almost be an alternate narrative to Psycho.

Despite its meagre running time of 75 minutes, a combination of Hitchcock’s powerful, psychological use of technique, Albert Camus’ sense of the irrational search for meaning in life and the meticulously detailed panelling of an Alan Moore comic, makes The Blue Room a mesmerising watch. Its potent tapestry of images will stay with you long after the film finishes. You may even wake up the next morning ridden with guilt, convinced you have conducted your own murderous affair. Don’t let that dissuade you though, The Blue Room is a mini-masterpiece. Richard Davis

The Blue Room is currently on release at the QFT, Belfast