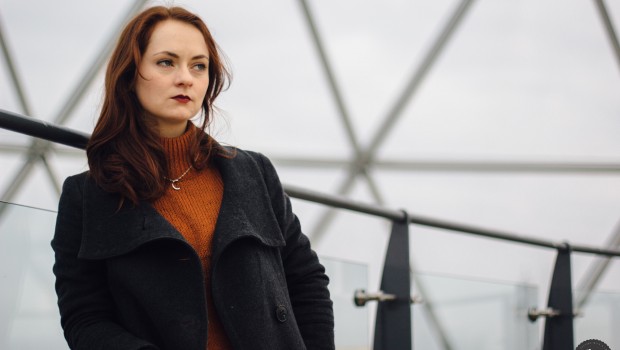 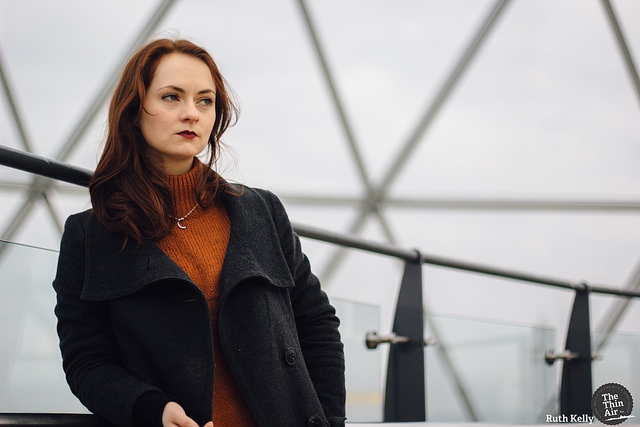 What is the distinction between a songwriter and a composer? Where is the line drawn and indeed, what does it mean? Just one listen to Strabane-born, Cambridge-based Gaze is Ghost will tell you that sometimes one of these descriptions alone is not enough.

Since announcing herself onto the world with the outstanding mini-album Plume back in 2013, a sepia-toned ode to her temporary Parisian home, her reputation has been quietly on the ascendancy. Racking up support slots for Mancunian anti-punks Crywank amongst others, Laura McGarrigle’s ever growing fan base is no mean feat for an artist undoubtedly out of love with the 21st Century. Her most recent release, 2014’s ‘Revolvere/Murmuration’ double a-side single, took things in a more ethereal direction, with electronic undercurrents and supernatural echo living up to her moniker.

Never one for self-promotion, Gaze is Ghost has been teasing out a new album for some time now, dropping the swirling, orchestral sounds of ‘Feather and Bone’ in November last year alongside the ominous promise of an album ‘in the near future’. A rare appearance on Stephen McCauley’s Electric Mainline saw her unveil the Regina Spektor inspired ‘By the Book’, a delicate ballad also due to make an appearance on this most highly of anticipated debuts. Just how soon the near future proves to be only McGarrigle knows for certain, though perhaps this mystery is part of what makes Gaze is Ghost so exciting. Based on the what tantalizing evidence we’ve heard so far, it promises to be her most accomplished work to date. Taylor Johnson