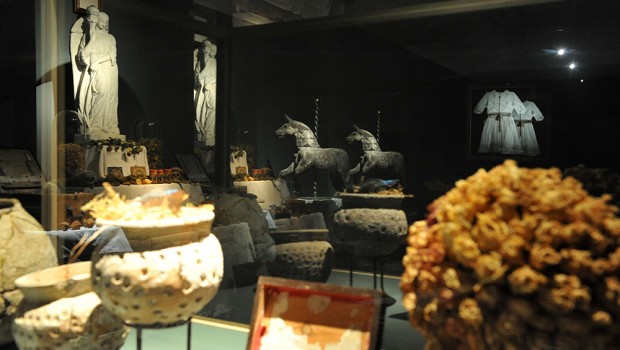 Picture This: Reconstructing Memory @ The Model 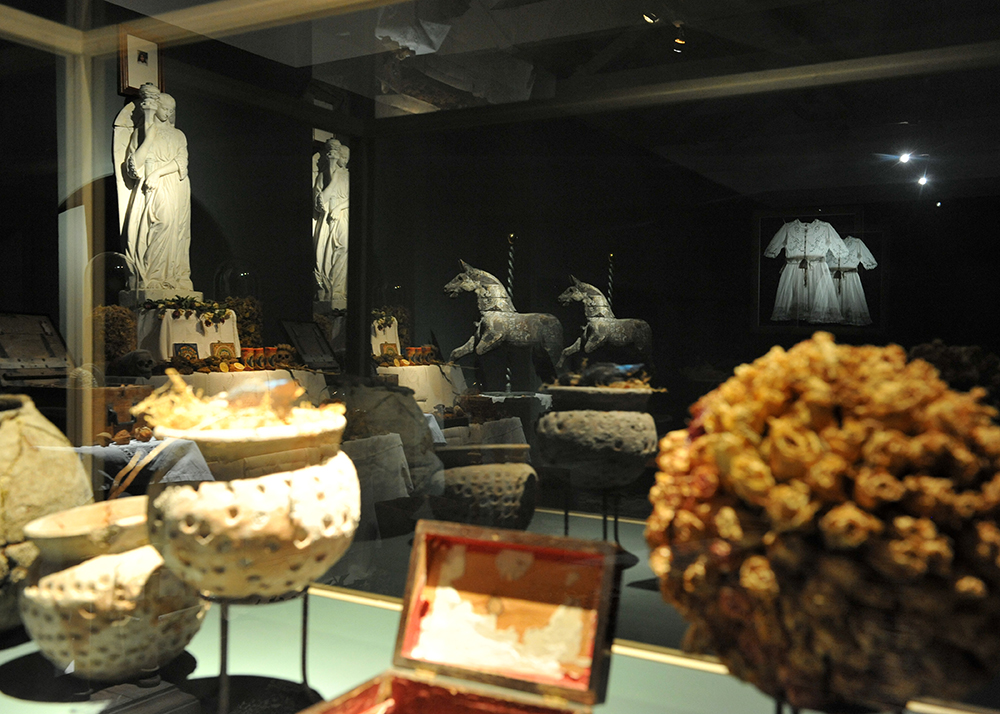 Irish artist Cléa van der Grijn has spent nearly a decade meditating on our society’s response to death and loss. From 2008’s Momentos to her new show, Reconstructing Memory, in Sligo’s The Model, the artist has harbored a fixation with death and loss – a fixation that has nourished her creative process. Reconstructing Memory is an exhibition that examines the disparities between the cultural responses to death in both Ireland and Mexico. Irish culture has an uneasy relationship with death – we invent alternative words for it and then deny it in an effort to exercise a degree of control over what is the ultimate loss of control. In Mexico van der Grijn discovered a different response, and one that sees our cultures differ greatly on the matter.

In 2014, while completing a ten-week residency in Mexico, van der Grijn became familiar with Mexican society’s relationship with death. The artist embedded both herself and her family in the fabric of the jungle encased village of Sayulita. In doing so she came to understand that death is a celebrated and an integral piece of Mexican life – Reconstructing Memory is the multi-faceted representation of that understanding. The show is a multi-medium exhibition featuring large-scale paintings, photography, film, as well as installations & sculptures. Venturing into Reconstructing Memory is a truly subversive experience as the artist utilizes scents and sounds in order to create an alien space that exists but not in either a definitive geographical point or a period of time. Instead, the space becomes a physical representation of an intimate and psychological landscape that we the audience develop in order to explore our own emotions regarding grief, morality and our beliefs in the afterlife – or lack thereof. 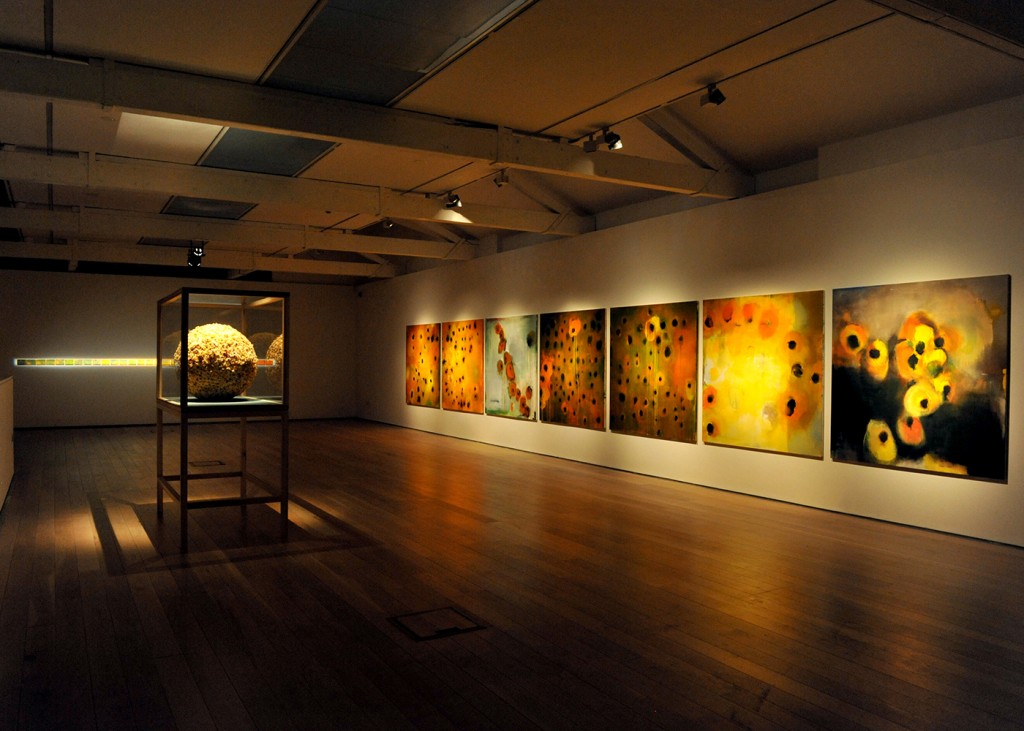 In Mexico death is commemorated by two significant holidays: ‘Día de los Muertosa’ (Day of the Dead), a colorful day of carnivalesque performances and artistic celebrations and ‘Día de los Santos Inocentes’ (Day of the Innocents), a more somber day when deceased children are remembered. It is this ‘Day of the Innocents’ that Van der Grijn personified in the short film Reconstructing Memory. We see a young girl idling down a dirt road until she reaches a graveyard. She wanders, as any child might and dreamily picks up flowers and toys from a grave. In Mexican cultures there exists the belief that the after-life is a vivid life of it’s own – this belief is so strident that many children’s gravestones only depict their date of birth, an act that signifies that life may continue, in another form.

In Angels Graves & Celebrations of Edia de los Angelitos the artist documents Mexican families performing traditionally domestic tasks in the eerie setting of a graveyard. In this photographic series we witness families gathering to cook, drink and morn in the company of their lost loved ones. It is this active engagement by Mexican society with death that can alienate more reserved cultures like Ireland. While this tradition would point to contrasting approaches to the subject, it seems that we have more in common than not. The beating heart of van der Grijn’s Reconstructing Memory is a large altar constructed in the center of the exhibition. It is clustered with candles, toys, an antique carousel horse, a Victorian bell and other relics of a lost life. In Mexican folk tradition, it is believed that the spirit of a dead loved one can be lured back to their graves by objects that once meant a great deal to them. In the Western canon of culture, we too create large alters in homage to our dead. They can be found in grief-stricken homes, often surrounded by candles and photographs, assembled under by the serene expression of a ceramic Virgin Mother. 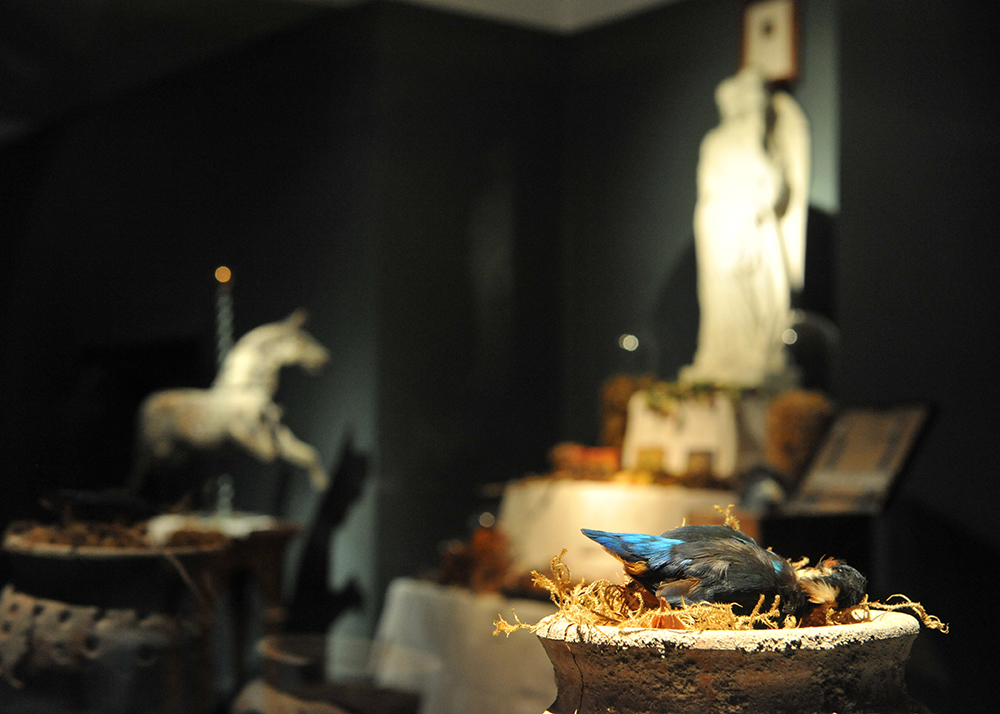 It is the items placed on these Mexican and Irish altars that create a point of tension for van der Grijn. The sentiment: ‘You will be remembered in our hearts’ is the root of an anxiety present in the exhibition. Memory is an individual perception and one that is fallible. It is derived from the individual constructs of our beliefs and experience. This poses the question – are we capable of truly remembering those we have lost? Are we capable of recalling the real, complex and perhaps paradoxical character rather that the the façade presented in daily life? There are few we can trust to recall the multi-faceted nature of our identities against the decaying offense of time.  It is this conflict that is is exquisitely executed by van der Grijn in Reconstructing Memory and makes for a compelling show.

In Reconstructing Memory, van der Grijn has shed a kaleidoscopic light on the bleak subject of death and loss. By juxtaposing Mexican and Irish societies approach to death, we are confronted with contrasts that lead us to question our approach to the subject matter and the subsequent aftermath. Ireland has undergone a radical transformation in our spiritual identity since the receding of religion from our daily lives. But whereas some elements of our cultural identity may be relatively simple to shake, traditions and rituals are not so easily left behind. In this respect, van der Grijn acts as a sort of cultural anthropologist, reexamining once sacred artifacts and mechanisms of our past in their modern context – she turns them upright, examines their skeletal remains and presents them to us for reconsideration.