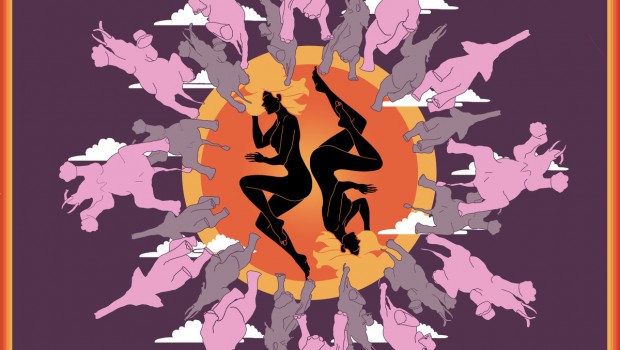 This Other Kingdom – Rêveur 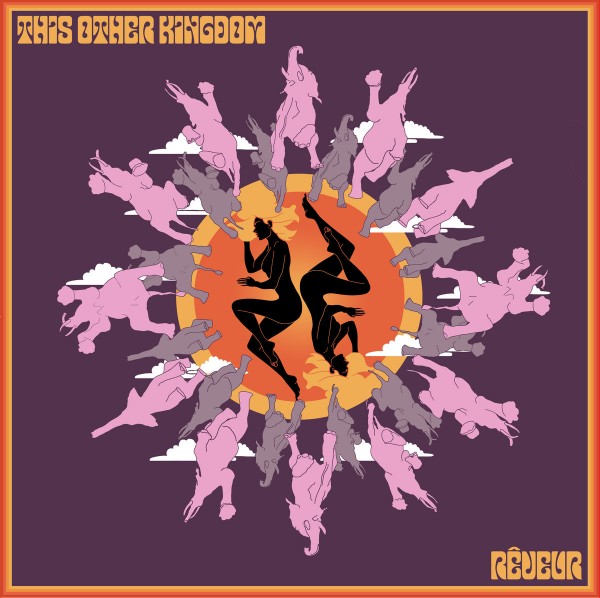 It’s been two years since the release of This Other Kingdom’s debut album, Telescopic. The album slotted neatly into the top 10 in both the iTunes Irish chart and earned them a reputation among the best of Ireland’s psychedelic music scene. As such, the bar was already set quite high for their 2017 follow-up, Rêveur.

A sudden, invasive intro immediately sheds all and any fears of Telescopic‘s success begin merely a case of luck. ‘Common Colours//Common Sounds’ is an aggressive lament for rebellion against conformity (“This is the system to stop you from thinking”). It pulls listeners from one realm to another; beginning as a slow, lull of distorted riffs and isolated vocals until the chorus unleashes the full power of the group’s destructive, but controlled sound. Through thorough layering of riffs upon vocals, ‘Common Colours//Common Sounds’ undergoes a complete alteration, creating an aberration of musical whiplash.

The album immediately showcases troves of artistic development since their debut; both in its creative qualities and in the standard of production. A difference so noticeable, that the band themselves even make reference to it in their third track ‘Telescopic State of Mind’. The track, although pitched as a reminiscent, nostalgic nod back to the past, also highlights the remarkable progress endured and achieved by the Dublin four-piece over the last two years. Nostalgia crops up repeatedly on Rêveur though, with the entire album in some ways seeming like one big ode to the the psychedelic golden-era of the 60s and 70s. The influence of The Doors is worn on the band’s sleeve for example, from Del Kerton’s Morrison-alluding vocals to their colourful, yet haunting lyrics. However, the album also suggests more modern psyche influences such as His Name is Codeine, The Blue Angel Lounge and Asteroid No. 4.

Despite the recurring theme of the abolishment of conformity, the leading single, ‘Comatosed’ is a total crowd-pleaser, at least when compared to the rest of the album. Declan Dunne’s catchy opening guitar riff immediately lends to it being the song to dance to from the record. While starting off a little on the basic side for This Other Kingdom, the track gradually descends into a psychedelic paradise with distorted harmonics and heavy guitars layered upon one another to create an almost hypnotic trance that drags for a solid minute in the middle.

Following this, Rêveur is broken up by an Eastern-influenced interlude, ‘नई दिल्ली सात’  after which things take a dramatic turn towards much darker tones. ‘Valley of Nowhere’ and ‘This is War’, the two final tracks delve into the depths of paranoia, juxtaposing with the album’s somewhat serene beginning. Both intros have a tense build-up of steady, rhythmic guitar and complimentary bursts of percussion from Git Sweeney. Each instrument grows steadily more chaotic as the album draws to a close, coupled with Kerton’s chilling, suspenseful vocals. It spirals further and further into the depths of bass-heavy and destructive paranoia. These grand displays of musical ability show listeners exactly what This Other Kingdom are capable of. It builds and builds before dropping into a somewhat disappointing conclusion; a slow, fading repetition of the song’s title as the album wanes towards completion. A meagre, but strangely fitting finish. The low after the high.

On Rêveur, This Other Kingdom have branched further away from their comfort zone and have ventured further into the expanse of their psychedelic rock forebears. It is a grand display of both the band’s versatility and their striving towards bettering themselves and honing their sound. This is seen through the boisterous leaps between various tones and often thrilling musical ventures, all neatly tied together with the skilful production qualities that Telescopic lacked. The album leaves little unexplored, yet still manages to plant the promise of even better things to come. Christine Costello

This Other Kingdom – Rêveur Christine Costello