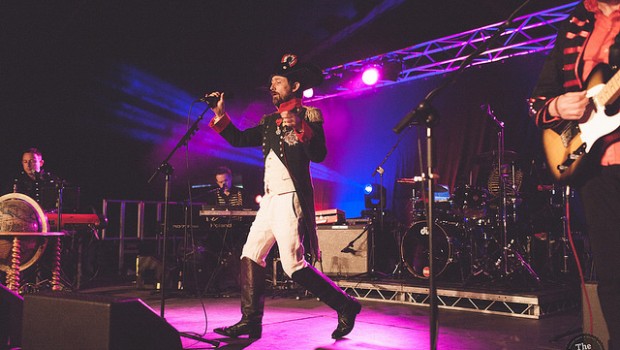 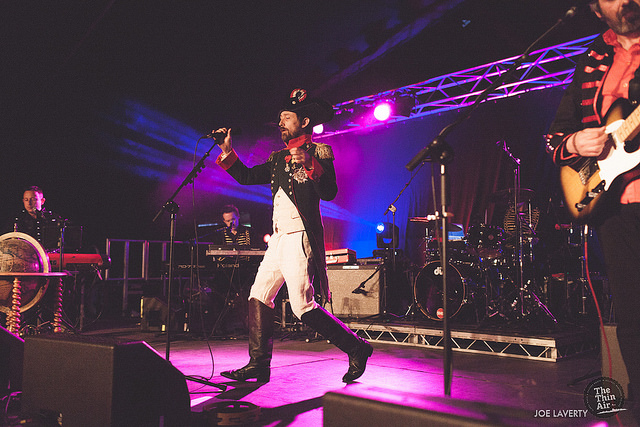 It’s a while since Neil Hannon has toured with a full band version of The Divine Comedy, having toured last album Bang Goes The Knighthood solo back in 2010 (including a date in this same faux-starlit CQAF marquee) and having made most appearances since – such as his Mandela Hall performance upon winning 2015’s Oh Yeah Legend Award – with a stripped back trio of acoustic guitar, piano and accordion. The days of endless major label money having long since dried up, a return to the era of bringing along a full orchestra seems unlikely, but the promise of a fleshed out performance from a full six-piece ensemble makes this long overdue Belfast stop on the tour for last year’s Foreverland LP pretty unmissable.

Cavan’s Lisa O’Neill is up first, having supported on this whole tour so far. Already a favourite of artists like Glen Hansard and James Yorkston, she easily charms those near the front with her thick accented folk, her acoustic guitar only occasionally supplemented with some organ on tracks like ‘Pothole in the Sky’, while a cover of the traditional ‘Galway Shawl’ is delivered in impressive acapella. In between, she regales us with stories, including  how the isolation caused by dismantling of the railways has left Cavan folk “a bit weird” before ‘No Train to Cavan’. However, there’s a slightly frustrating amount of chatter in the further reaches of the marquee, perhaps an inevitability during a quiet support slot in a sizeable room, but it doesn’t derail her short set in the least. 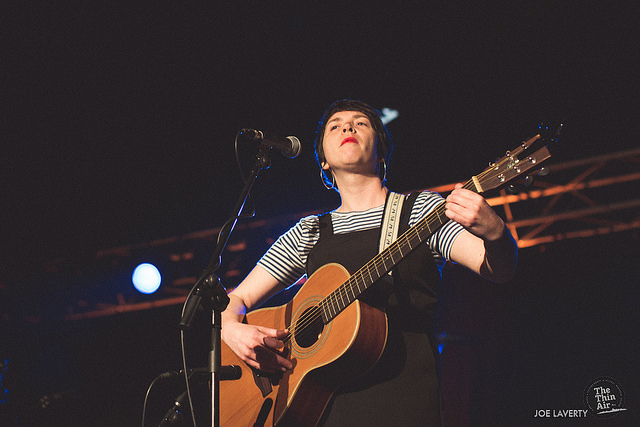 There’s plenty of stagecraft on display in the main event, as the band arrive in French military jackets and start into ‘Sweden’, before Hannon appears in full Napoleon gear to run through the Foreverland-heavy first half of the set (“Would you like some more Napoleonic shit?” he deadpans before ‘Napoleon Complex’). Later, ‘The Certainty of Chance’ gets an extended outro for a quick costume change into a suit and top hat for the satirical recession anthem ‘The Complete Banker’, while an old wooden globe drinks cabinet is cracked open before ‘Funny Peculiar’, Hannon dueting with O’Neill in place of Cathy Davey. The second half leans more heavily on Bang Goes The Knighthood, Hannon clearly revelling in finally giving those songs the full band treatment, and ‘At the Indie Disco’ even segues into a cover of New Order’s ‘Blue Monday’ for a couple of minutes at the mention of its title, before seamlessly segueing right back to where the song left off. 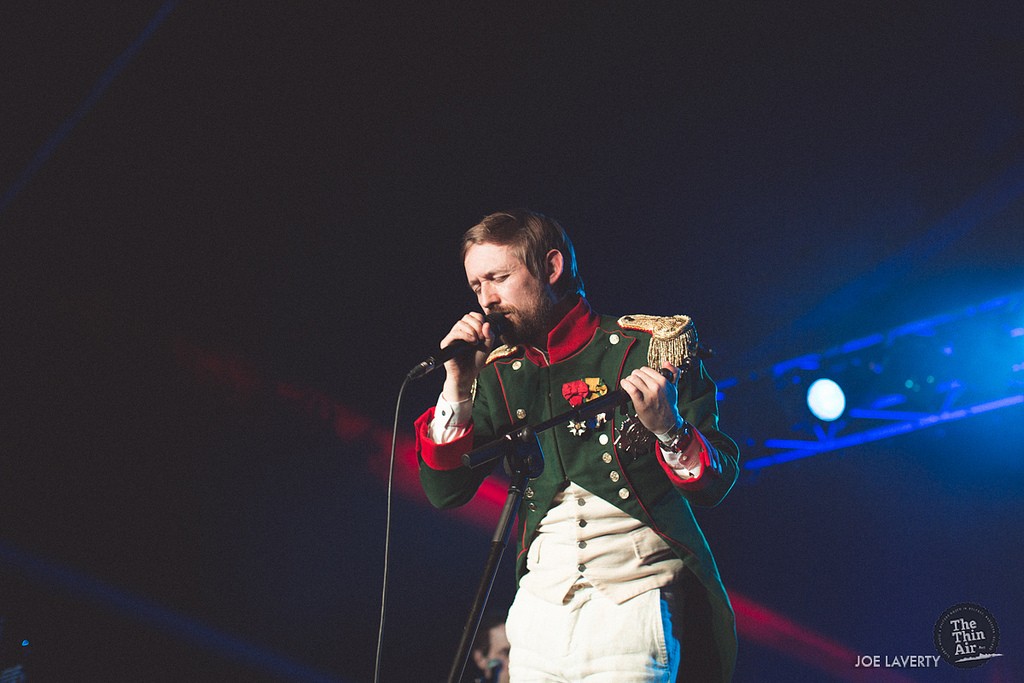 Most of the expected hits pepper the nearly two hour set too though, representing almost every album in the band’s now sizeable catalogue, from the upbeat pop of ‘Something for the Weekend’ and the nonsense of ‘A Drinking Song’, to the more sombre ‘Our Mutual Friend’, synthesised strings doing an ample job of filling the orchestra shaped hole. Though Hannon shuns the numerous requests for ‘My Lovely Horse’ (not that he hasn’t complied in the past), he does invite the audience to sing the solo in ‘Songs of Love’ that doubles as the Father Ted theme tune, which no doubt keeps the hecklers happy. He’s in characteristically witty form throughout, adding to the incredible fun of the evening and clearly enjoying the show’s theatricality as much as those who’ve paid to see it, before rounding off the night with a particularly majestic ‘Tonight We Fly’.

Despite the six year gap between the last two Divine Comedy albums, Hannon has promised recently that the break has resulted in a surplus of new material and that the next album and tour should be along a lot sooner. An enticing prospect, but tonight will be hard to top. Cathal McBride