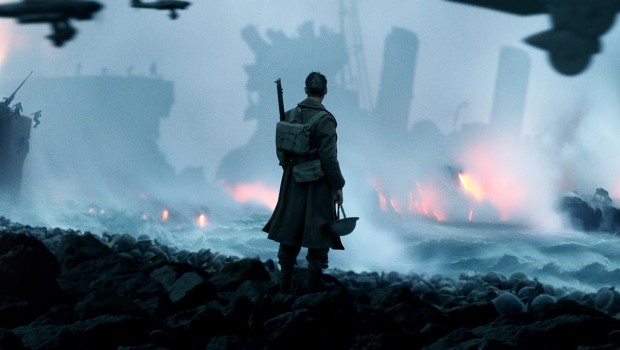 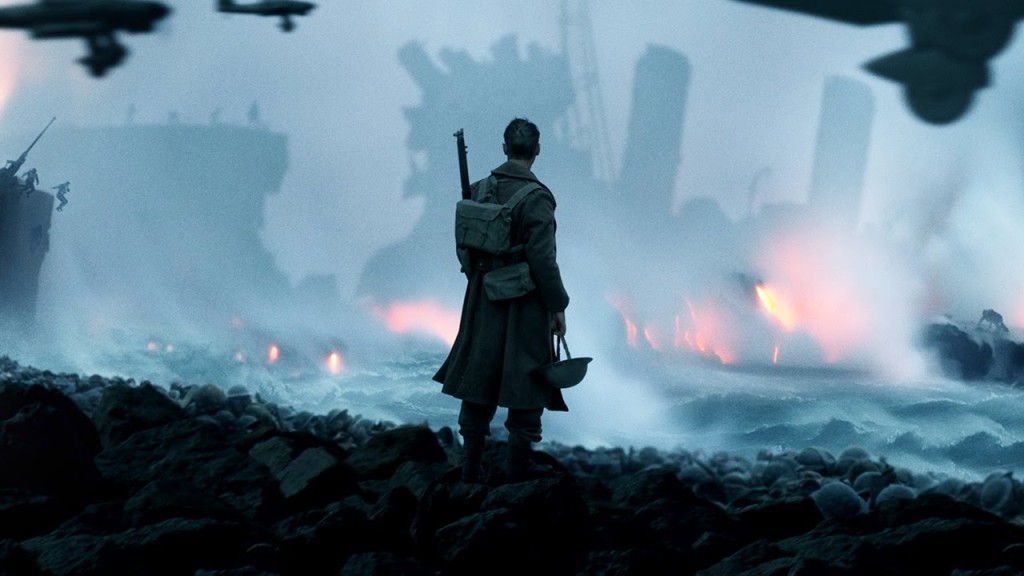 Dunkirk, one of the summer’s most hyped and star-strewn aspiring blockbusters, is about that iconic crossroads moment of the early Second World War: the attempted evacuation in 1940 of nearly half a million British, French and Belgian soldiers from the titular French beach. Cut off from air support, surrounded by the German army, bombed to breaking point by the Luftwaffe – and with the safe haven of Dover less than thirty miles away – the Allies face catastrophe. A desperate evacuation strategy is mounted over land, sea and air that enlists not only the Allied forces but also British civilians and their famously vast quantities of pluck.

It’s been a decade since Joe Wright’s Atonement cinematised (in part, at least) the deliverance of the stranded Allied soldiers, and nearly six since Leslie Norman did likewise in Dunkirk. This latest film treatment was directed and scripted by Christopher Nolan, whose cleverly-written, tentpole-friendly films – Memento, Inception and The Dark Knight among others – have won him that rarest of things: nearly bulletproof acclaim as both critical darling and crowd-puller extraordinaire. (Nearly bulletproof because quite a few reviews slammed 2014’s Interstellar as lacklustre, bloated and sentimental.)

So will Dunkirk, a labour of love for Nolan, get things back on track for the director? Will its unlikely ensemble cast, which brings together grizzled thesps (Kenneth Branagh) and teen-friendly heartbreakers (One Direction’s Harry Styles), ease its march to commercial and artistic glory? Will it be the first Nolan film in which actor Tom Hardy’s dialogue is comprehensible?

Nolanites will be relieved to hear the answers are ‘yes’, ‘yes’ and ‘no’. Dunkirk is never less than exhilarating and immersive. Splicing together some of the core techniques of Nolan’s greatest hits, Dunkirk is a visually striking film that packs a gruelling variety of punches while sensibly shunning stiff upper lip cliches and inspirational speeches. Its gorgeous cinematography, shot on a combination of IMAX and 65mm cameras by Hoyte van Hoytema, continually provides grimly memorable images: Stuka bombers menacingly blot an otherwise perfect sky; water rises inside the bowels of a torpedoed ship; the tide throws dirty yellow foam at the feet of the men queuing to board a rare ship.

Suspense and threat seep into every aspect of the production, creating a pressure-cooker atmosphere that is shored up by convincing production design, well-executed special effects and an urgent score by seasoned Nolan collaborator Hans Zimmer. The last deserves special mention. Combining ticking clocks and droning engines, Zimmer’s abstract, uncharacteristically non-bombastic contribution to the proceedings mercilessly rattles the nerves.

Like Inception, Dunkirk nestles its subplots within one another. Three streams of action play out on land, sea and air, over periods of a week, a day and an hour respectively: two soldiers (newcomer Fionn Whitehead and Damien Bonnard) try to sneak aboard a ship evacuating the wounded; the civilian Mr Dawson (Mark Rylance) and two teenaged boys take a yacht across the Channel to pick up stranded soldiers, taking aboard a dangerous and shell-shocked sailor (Cillian Murphy) along the way; and two fighter pilots (Jack Lowden and the ever-mumbly Hardy) provide cover to minesweepers, destroyers and civilian ships as they cross the Channel. The Russian-doll nesting of these stories is a showy device but one that goes beyond gimmickry, giving equal weight to these storylines in order to stress their equally essential contributions to the unfolding elemental drama.

It is interesting that, where earlier Second World War epics like The Longest Day used war-room strategy scenes to contextualise their immense, set-piece battle sequences, Dunkirk does not. Nolan also ensures that ‘the enemy’ (as the German forces are referred to in some brief opening expository text) are never shown on screen. Abstracting the threat complements Dunkirk’s stripped-back approach to its theme, its lack of interest in the wider history of the conflict and its prioritising of the immediate, visceral aspects of the story. It also heads off any attempt to read into the politics of the film – but this isn’t exactly surprising, given that Nolan has always sought to close down such interpretations (denying, for example, that The Dark Knight Rises laid down a scathing commentary on the Occupy Wall Street movement).

Politics aside, Dunkirk is most persuasive in terms of its visceral, brilliantly executed scenes of action. Consequently, the performances and dialogue can feel a little left by the wayside: here, as in other Nolan-scripted pieces, the dialogue skews hackneyed. Kenneth Branagh fan that I am, exposition-heavy scenes featuring his naval commander meditating on the word home are just a shade too on-the-nose.

These points aside, Dunkirk excels as a bracing though gruelling spectacle, and it is on this basis that the film will surely become one of the biggest hits of the summer and yet another feather in Nolan’s already very feathery cap. Kevin Murray

Dunkirk is released on Friday 21st July in a variety of formats. 35mm screenings will be available at Queen’s Film Theatre, Belfast.