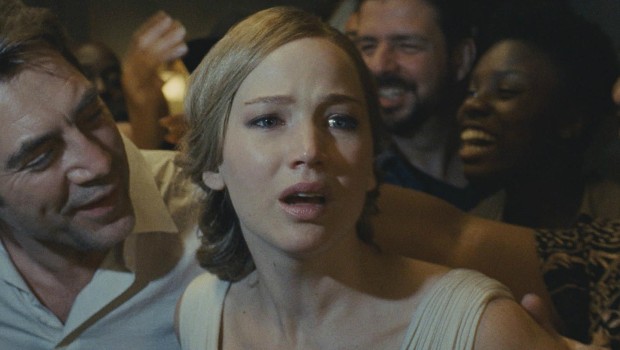 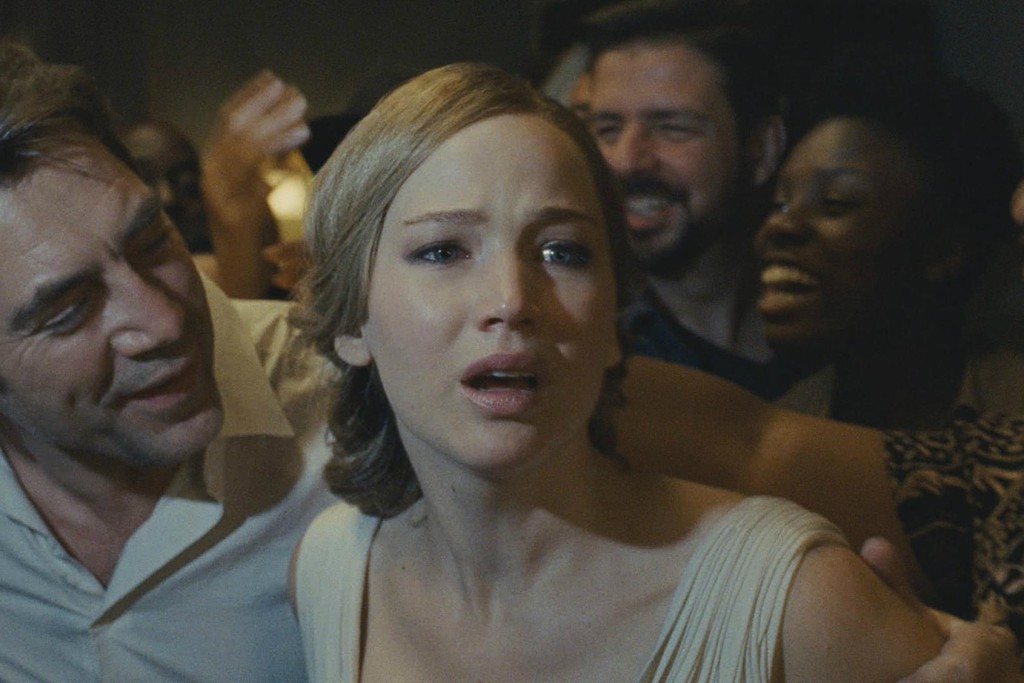 Imagine being an introvert who throws a house party but sets the invitation as Public. You’re trying to scrub Glen’s and Fanta out of the nice rug but there’s a mob in your kitchen, and, suddenly, crash! The sound of plates hitting marble. Or you’re a young woman married to your professor, two decades your senior, and you give, and dote, and adore, but one day you realise he might not need you the way you need him, and that’s terrifying, and the more he withdraws the more desperate you get. Or you’re a meteorologist, seeing all these hurricanes and droughts and bubbling summer tarmacs, and you’re clanging the emergency bell, but nobody really cares, and some guy on Twitter with a bandana profile pic tells you to shut up, fag. mother! takes a trip to the anxiety shop pick-a-mix, glomps its sweets together, plugs in jumper cables, and then holds a metal rod aloft to catch the thunderstorm above.

The plot is a hellish escalation of Pinterian domestic discomfort, nodding to Polanski, Buñuel, von Trier and the Book of Revelation. Jennifer Lawrence and Javier Bardem are an unnamed couple (Mother and Him), living alone in a restored house in the middle of an Edenic field. He’s a brooding, sensitive writer with constipation problems, artistic and sexual. She plasters walls, eager to remake his lost childhood home, and sees hallucinations, a beating heart behind the walls, and black, charred stains spreading on the floor, a shifting reality where she’s losing her footing.

One night a doctor (Ed Harris, ‘Man’) appears at their door, having apparently mistaken their house for a bed and breakfast, and Bardem’s poet invites him to stay the night. Then his wife (Michelle Pfeiffer’s ‘Woman’) joins him, and, in time, other intruders make their appearance. They gatecrash Mother’s carefully cultivated paradise, take liberties, push boundaries and, finally, pretty much ignore her altogether. The sense of siege builds, and Lawrence’s face, the locus of Matthew Libatique’s photography, shifts in exasperated, baffled alarm, only to be met with Bardem’s condescending, placid distraction.

The film invites various allegorical readings while refusing to settle on anything specific, a teasing and annoying strategy. The imagery and dialogue don’t so much suggest metaphors as violently dramatise them: ecological and social collapse; the biblical Fall of Man and the (failed) redemption of the New Testament; the dependency of asymmetric love; the parasitic relationship between artist and muse; the tyranny of the creative ego. When mother! kicks into gear it transforms into a grim, funny carousel of humiliation, helplessness, and the pain of being reasonable in an unreasonable world, a misanthropic hopping nightmare about waste, selfishness and our embrace of catastrophe. What the film lacks in thematic co-ordination it makes up for in pure black comic locomotion. A mad film for a mad time, perhaps?

It’s Aronofsky, so mother! is a little self-indulgent, a little bit of a mess, but it’s also a surprising, audacious hoot. It’s a fireball-lobbing provocation from a mainstream studio, engineered for maximum multiplex disruption. There is more than a hint of the prank about mother!, but after a safe, 3-star sort of summer its disregard for viewer comfort goes down like a gulp of hard medicine.

The walkouts, the boos, the rants, the Fs. It’s all part of the show. There is every possibility that Aronofsky is fucking with us. But sometimes it’s fun to get fucked with. It’s better than being bored. Conor Smyth