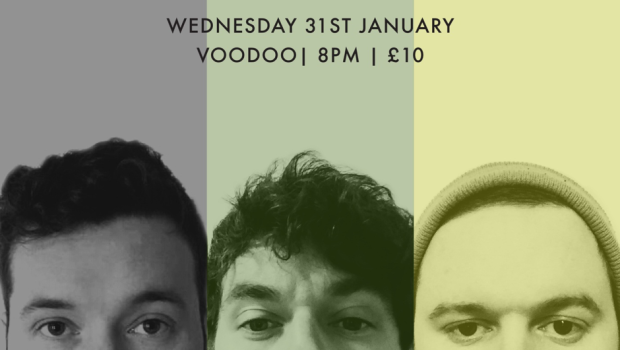 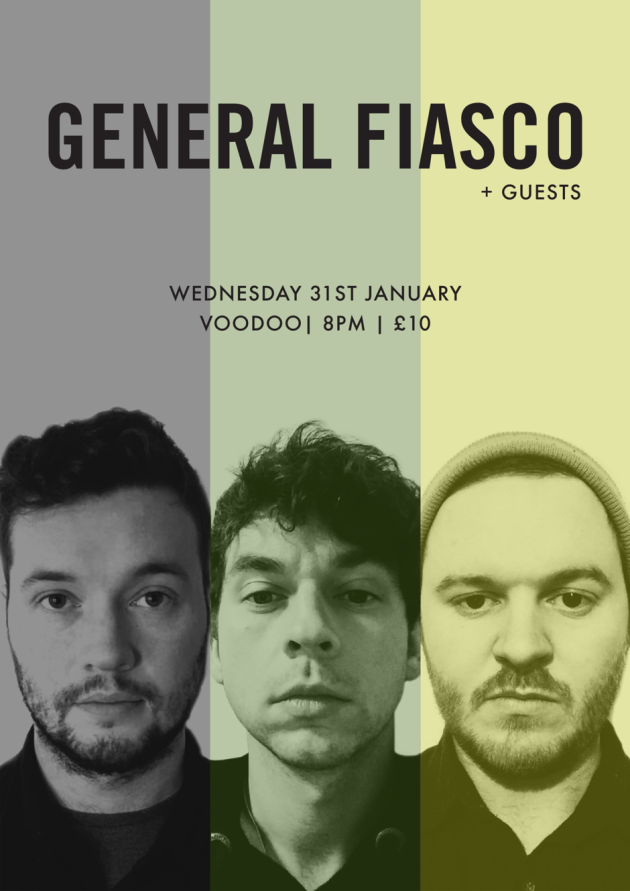 Formerly the indie kings of Belfast, General Fiasco return for a one-off reunion show at Voodoo on Wednesday, January 31.

The band, formed of Mid-Ulster natives Stephen Leacock and brothers Owen & Enda Strathern, gained notable popularity in the UK indie circuit in their stint together, before the trio’s last show together as General Fiasco took place in June 2013.

Their early EPs & 2010 debut album Buildings, led to their featuring in the likes of The Inbetweeners, and in the years since their dissolution, they’ve performed together and apart in various guises, including with Oh Volcano and Franklyn.

Tickets cost £10, and in the spirit of independent venue support, will only be available at Voodoo behind the bar. Doors open at 8pm. More details here.

Watch the video for the band’s most enduring earworm, ‘Ever So Shy’: 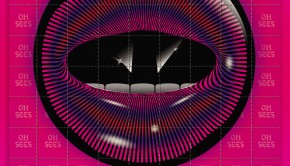