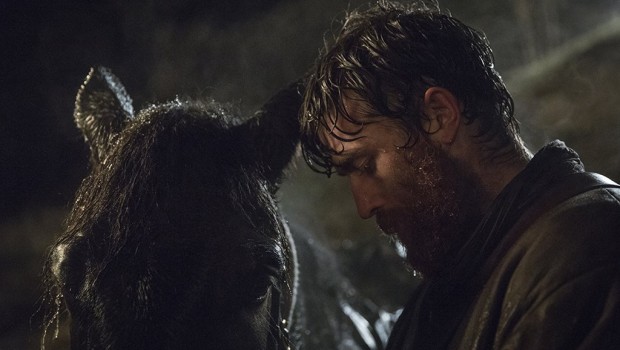 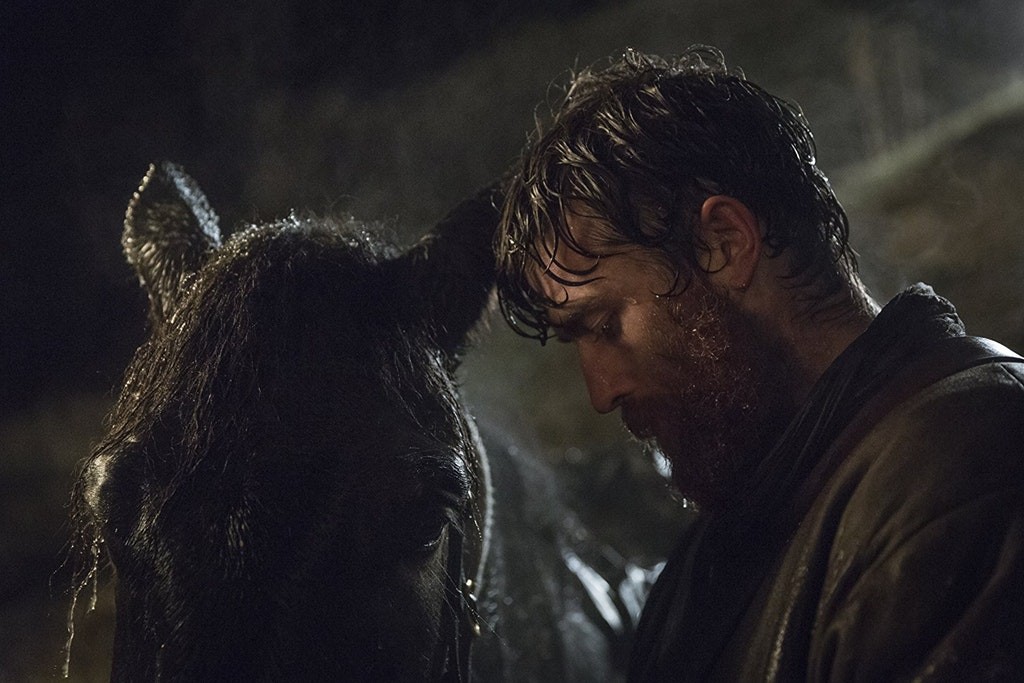 The blackness is in the land, of course, the blight that’s reduced potatoes to asbestos, but, in Dublin Film Festival opener Black 47, it’s also in the hearts of the men who hold dominion over the land, and in the empire that produces them. Set in 1847, as crop failure and fever decimates the native Irish population, Lance Daly’s fourth feature reimagines the Great Irish Famine as a righteous revenge Western, a muddy, politically cynical chase thriller with shades of Rambo.

James Frecheville stars as Michael Feeney, a Connacht man who returns home from overseas service in the British Army, to find his family and community wiped out by the twin catastrophes of a failed harvest and an unforgiving custodian class. When his last relatives perish thanks to the cruel bailiffs, whose practice of ‘tumbling’ wrecked the thatched roofs of houses deemed illegal, thus exposing them to the harsh winter climate, Michael saddles up to dispense his own form of bloody justice, burning through the colonial institutions designed to keep the so-called ‘Rivermen’ in check.

On his trail are Captain Pope (Freddie Fox), a dead-eyed, blond-haired cheerleader for aristocratic arrogance, whose disdain for the self-inflicted problems of the feckless underclass finds parallel in modern propaganda about the gambling, boozing poor. He enlists the help of Inspector Hannah (Hugo Weaving), a retired military man offered a reprieve for murdering a prisoner in a fit of anger. Hannah’s an old service buddy of Feeney’s, with his own ambivalence about the imperial posturing of the apparatus around him. Joining them is a young private (Barry Keoghan) and local man Conneely (Stephen Rea), a translator for hire with a touch of the holy fool about him.

Like Stallone’s embittered Vietnam vet, Feeney’s Ranger deserter takes on his masters with the violence they taught him. He pursues his mission with flashes of Jacobite wickedness, replacing the head of a rent collector with that of a fattened swine. The outrageous, anti-elite momentum of Feeney’s anger can be read as a sort of corrective to cinema’s ignorance of Famine depravity, and the hazy, vaguely maudlin images it inspires in popular imagination.

There is a sense too of comic absurdity; the fate of the Irish is so awful, the response of the authorities so monstrously ineffective and condescending. Before receiving the charity of ‘the soup’, the starving Catholics are forced to endure the petty humiliations of Anglicised apostasy. ‘We’ve been listening to this shite for hours’, one of the new believers whispers to Feeney, ‘don’t mess it up for us’.

Black 47’s photography is grey and bleak, speckled with the painted-doll reds and golds of the soldier uniform. The images of destitution, the ragged and the dirty, can get a little familiar, and there are some obvious uses of painted backdrops. Something like Stephen Fingleton’s The Survivalist, itself haunted by primal fears of life on the land, was more aesthetically rich, but the bareness of the experience seems fitting for the impotence of the soil.

In terms of tone and character, the film could have used more complexity, especially to flesh out the shifting dynamic between Hannah and Feeney, the broody, distant performances from Weaving and Frecheville not providing much emotional propellant, and a late crisis of conscience for Keoghan’s private feels artificial and dogmatic. Daly channels robust genre film-making for the brash violence and horror-style scoring of Feeney’s mission, but is sometimes inattentive to the mechanics of individual sequences.

Feeney materialises like a phenom, working his way up the ladder to its noble totem, Lord Kilmichael (an off-handedly evil Jim Broadbent), whose comparison of Rivermen to American redskins locates the film in larger narratives of expansionism and frontier racism. Recent feature debuts The Survivalist and A Bad Day For The Cut (from NI’s Chris Baugh and Brendan Mullin) suggested the resonance of the Western, with its political complications, for the Irish experience, and Black 47 is blunt force addition to the trend. Conor Smyth