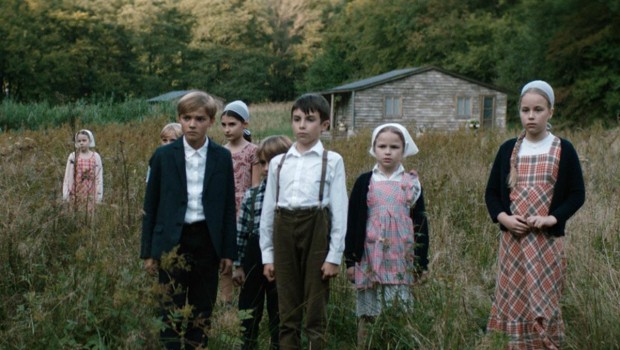 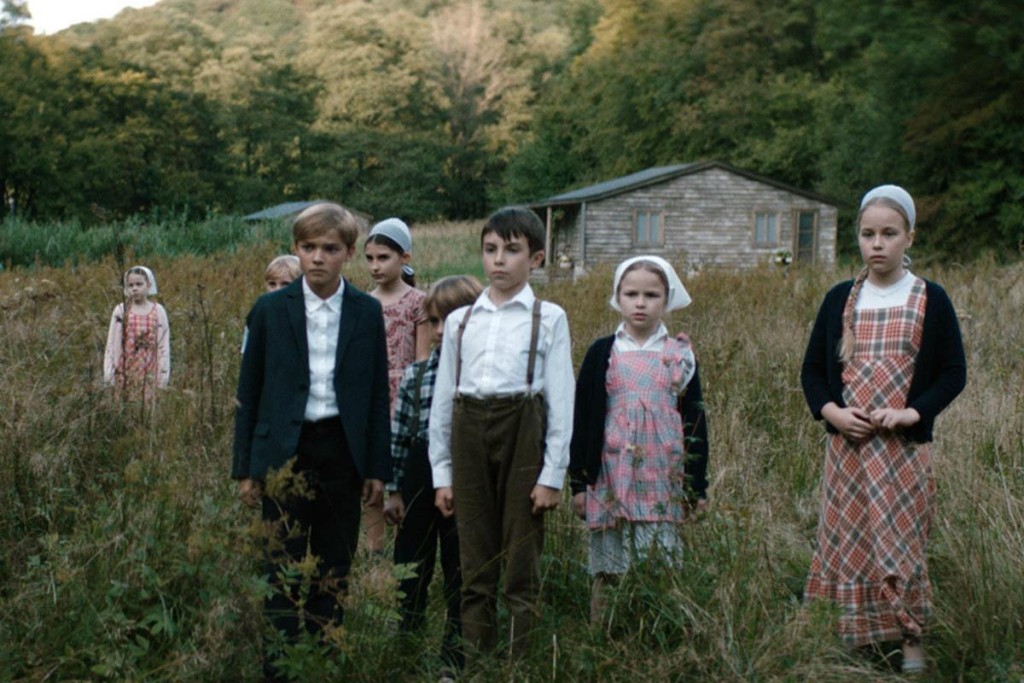 The big, bad Germanic woods spits out a wounded orphan in the opening of Rebecca Daly’s Good Favour, whose fairy tale clarity gives way to a woozy, slippery blend of crisp devotional realism and fanatical flights of fancy. The Irish director’s third feature, co-written with Glenn Montgomery, is a subtle, sturdily controlled parable about the power of shared myths, comparable to Robert Eggers’ The Witch if not in genre then in recreational detail and reality-breaking seriousness.

Tom (Vincent Romeo) is the malnourished, skinny young man from the Black Forest, who stumbles on small markers of settlement: a hatchback truck, an empty classroom, a cabin with an unlocked door and cooked pie for the taking. At first glance, the wanderer seems to have encountered an abandoned, post-apocalyptic outpost, but soon there’s a clamour, and the rush of excited, suspicious voices. The serene natural murmur and neat, spartan architecture indicate a community outside of time’s normal flow, discrete and hermetically sealed off, whose isolation confers identity but also a vulnerability to imaginative excesses, ones flared by the arrival of a stranger.

The ‘community’, as they refer to themselves, are a contemporary Christian breakaway from urban German civilisation, existing mostly independently in their traditional, agrarian hive of activity and worship. They take the feverish Tom in, nursing him back to health and introducing him to the customs of their biblical enclave: the gender segregation, the austere shirts for men and headscarves for women, the regular rituals of church, school and prayer, all led Council Leader Mikkel (Lars Brygmann), who speaks to the disorientated Tom with a reassuring, rumbling Germanic diction. The community is distrustful of external authority, represented by a police officer enquiring about illegal immigrants in the area, and unwilling to surrender the care of their members to outsider professionals.

Tom claims not to remember much about his time in the wilderness, and doesn’t offer much biographic details beyond deceased parents. This tabula rasa persona and dark-skinned exoticness make him a figure of some fascination amongst the uniformly native population, aided by the open, inviting blankness of Romeo’s performance. There is a latent attraction with one of his caretakers, Shosanna (Clara Rugaard), and through an escalating series of strange and biblically spectacular occurrences, the fostering of a mystique around him, and the beginnings of a kind of cultish adoration.

Daly handles potentially pulpy material with delicate care, building an otherworldly, luringly ascetic atmosphere. There’s little hint of malice behind the strictures of the community, whose members hum along in a self-sufficient orderliness. They are, though, repressed, quietly dealing with private woes of grief, heartbreak and uncertainty, expressed in a sparse economy of glances, body movement and clipped verbal exchanges. There is, beneath the pictorially precise surface, captured in Tibor Dingelstad’s beautiful photography, a great longing, and a weakness for confirmations of their blessed place in the world.

Inside bubbles, religious or otherwise, there is the danger of collective delusion, even, in its strongest form, mass hallucination. Daly’s film pushes this point delicately but insistently, at the expense of other questions about character intent and veracity, immersing the audience in a disarming otherworldly separation, a blurring of the lines between vision, dream, metaphor and reality that builds to a bewitching final image of wishful thinking. Conor Smyth

Good Favour does not have an Irish/UK release date yet.