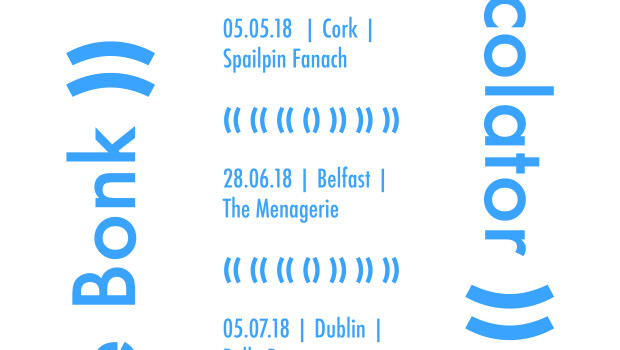 The artists behind two thirds of our top three Irish albums of last year embark on a run of dates spanning the island over the next few months. Improvised psych-pop outfit The Bonk are set to play five shows with kraut/drone trio Percolator.

We’ll be hosting the Belfast date at the Menagerie on June 28 – more details will be announced on that shortly.

Their first record, The Bonk Seems To Be A Verb, released through Drogheda-based tape label thirtythree-45, is a collection of one-off live studio recordings patched together from various sessions over an 18 month period. Since its release, recordings have been continuing apace with the bands live appearances with another collection of tracks planned for release later in 2018. Listen to ‘Cipher‘.

With good reason, Percolator’s debut album, Sestra was our 2017 Irish album of the year. The experimental trio’s blend of hypnotic kraut techno and wall of shoegazing guitar drones has been compared to Swans with a leaning towards NEU!’s krautrock driven rhythms.

Percolator’s mix of hypnotic kraut techno and wall of shoegazing guitar drones has been compared to Swans with a leaning towards NEU!’s krautrock driven rhythms.

Consisting of John ‘Spud’ Murphy (Bass, Synths), and founding members Eleanor Myler (Drums, vocals) and Ian Chestnutt (guitar vocals), the trio have spent the last 5 years transforming themselves into one of the most intriguing and melodically arresting bands in Ireland at the moment.

You can catch both acts at any one of the following dates: 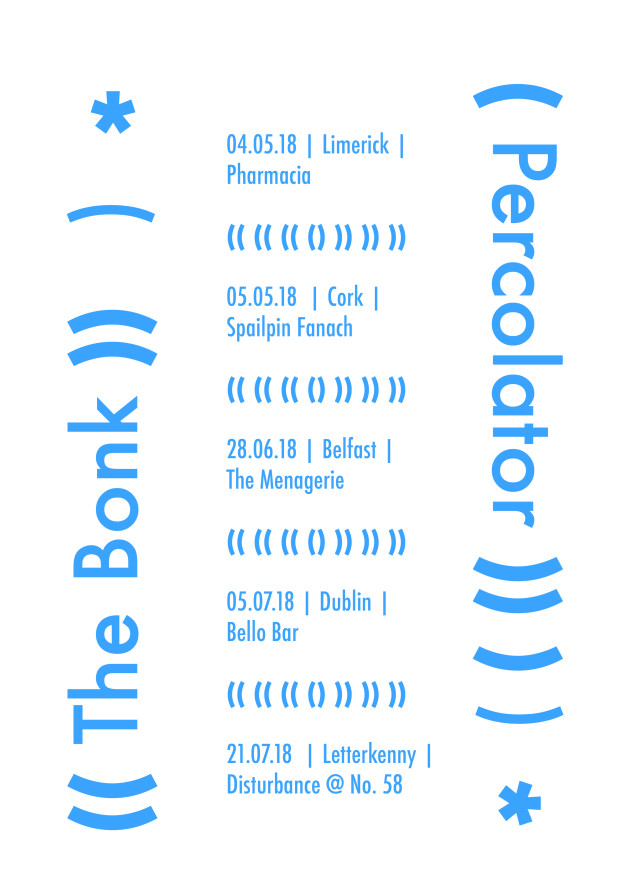 Watch the video for one of our favourite songs of last year, Percolator’s ‘Crab Supernova’: