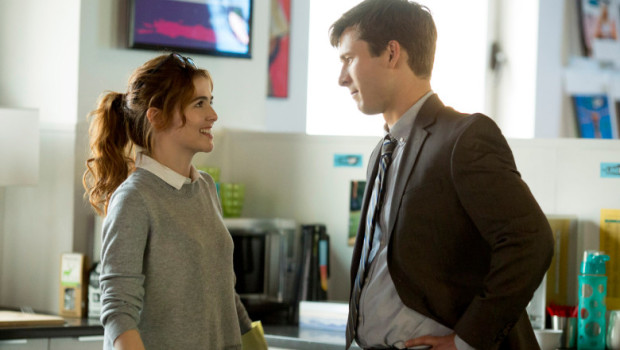 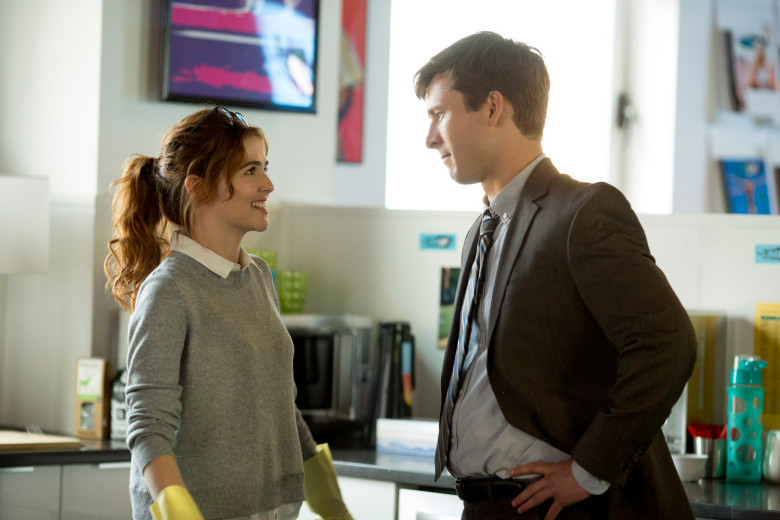 A romantic comedy designed from the stuff of nightmares for HR departments, Set It Up is an entertaining if slight story about workplace romances, demanding bosses and overworked employees.

The main romance is between two overworked assistants who decide to set their demanding bosses up in the hope of spending less time in the office. Harper (Zoey Deutch), a sports and popcorn obsessive, wants to write and date but struggles to do either because of the hours she puts in at the office. Charlie (Glen Powell) is looking to secure a promotion to increase his salary while maintaining his relationship with his model girlfriend Suze (Joan Smalls). Harper and Charlie’s collaboration begins with an argument over truffle macaroni and cheese. Before long, their intimate knowledge of their bosses’ likes and dislikes is used to engineer a series of meet-cutes. As this is a romantic comedy, Harper and Charlie are required to end up in each other’s arms by the end.

Harper and Charlie’s matchmaking efforts are directed towards their bosses Kirsten (Lucy Liu) and Rick (Taye Diggs). Both are competitive and driven individuals who have reached the highest rungs of the professional ladder. The film signals their status through extravagant personal tastes but is vague about the exact nature of their roles. Rick appears to be some type of investor whose wealth is signalled by his membership of an exclusive men only club that the hapless Charlie must wait outside. Kirsten appears to be the senior journalist, editor and manager of a sports website who demands Harper remain in the office until all hours.

There’s enough inappropriate workplace behaviour to result in disciplinary meetings for all involved. This outcome is sidestepped by having the characters inhabit the same sleek, anonymous corporate tower in New York, instead of the same company. Still, there must be easier and less manipulative ways of getting time off work than this?

Directed by Claire Scanlon and written by Katie Silberman, Set It Up follows the rules of romantic comedy too closely to be a true original within the genre. For the most part, expectations about happy endings are met but the script doesn’t place enough obstacles in the way of Harper and Charlie’s relationship to create any sense of doubt about this obvious outcome. Tension is sacrificed for comforting clichés: the writer struggling to finish their first draft while wearing a fluffy dressing gown and stress eating, the superficial model, the creepy engineer (an underused Titus Burgess) and the gorgeous apartments that would be unaffordable on an assistant’s salary in New York.

The performances from the cast save the film from its worst impulses. There’s solid work from Zoey Deutch and Glen Powell who manage to capture the early career anxiety suffered by many twenty somethings. Unfortunately, their efforts are overshadowed by the comedic talents of the rest of the main cast. Taye Diggs appears to be having great fun as a villainous corporate type who tosses furniture and throws childish tantrums when he fails to get his way while Lucy Liu’s work here turns a character that could have been a cliched career woman villain into something much more interesting. For a film that sticks so tightly to the genre’s conventions, this is the one place where it does things a bit differently and acknowledges the pressures faced by women in the workplace.

Set It Up isn’t a film to clear your diary for. It’s a frothy and entertaining confection to pencil in for a few hours of light distraction. Eimear Dodd

Set It Up is available to stream on Netflix.