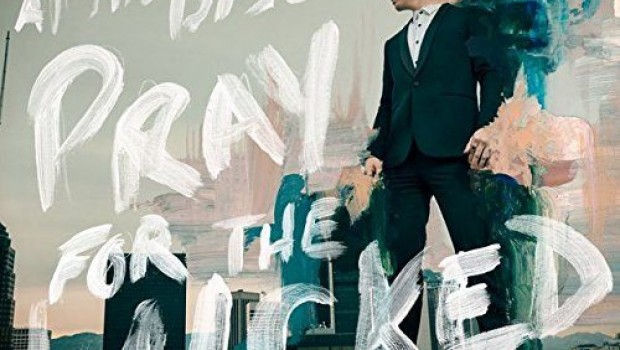 Panic! At The Disco – Pray For the Wicked 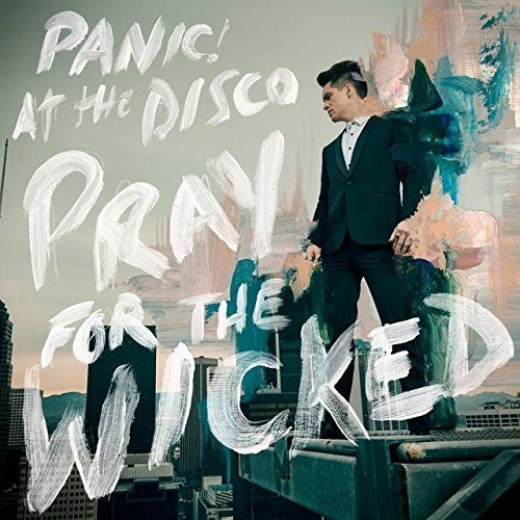 Remember that ‘I Like Me’ song from the Simpsons episode with Hank Scorpio? Imagine if Frank Sinatra collaborated with the Chainsmokers to make a Broadway version of that song. Once you imagine that, you’ll have a bit of an idea as to the level of absurdity we’re dealing with here. Pray for the Wicked is the sixth studio album from Panic! At the Disco. Riddled with pop culture references and sabotaged by extraneous high notes, this effort – which comes 13 years after Bradon Urie and co’s breakthrough A Fever You Can’t Sweat Out –  is basically everything we’ve come to expect from another Panic! At the Disco album. But not in a good way.

The higher you rise, the farther you fall. Behind the glamorous falsettos and extravagant productions, there’s the remnants of a teenage, pop-punk band and the scars of their slow burnt out hidden away. One can’t help but think of actors who peaked young who go on to amble aimlessly between sitcom pilots and movie cameos in a bid to recapture the fame and fortune of their early years. The same goes for Urie who, at the ripe age of 21 had two commercially successful and highly reputable albums (A Fever you can’t Sweat out, Pretty. Odd.) under his belt. It’s unfortunate that Pray for the Wicked has become yet another victim of circumstance, but we can also place a lot of the blame on the only remaining member’s refusal to leave the band name behind, instead dragging it deeper and deeper into banality. Perhaps under a new banner, with a sense of freshness and of a new beginning this all could have worked. But who knows.

There was a vision in Pray for the Wicked. From what we can gather, there was a motive to reinvent Sinatra’s iconic, crooning sound for a contemporary audience – a venture which was better executed in the later tracks of Death of a Bachelor. But somewhere along the way, between the exhausted iconography and Urie’s ego, the motive was lost in translation. The name-drops of alcohol and drugs in the opening track ‘Fuck A Silver Lining’ are spoken with the same air of egoism as a teenager drinking their first beer in front of their parents, or a young child, defying all rules as he runs around the house screaming a chorus of Damn’s and Shit’s for attention.

The sound of the album, although oddly unique in its own respect, remains unchanging throughout leaving several tracks completely indistinguishable from each other. It all blends into one 35 minute, 1920s Broadway extravaganza. Following a recent starring role in Kinky Boots on Broadway, it’s safe to assume that Urie pulled a substantial amount of musical influences from this experience. Pray for the Wicked’s greatest downfall comes from its desire to show-off, constantly pushing its limits with these staggering high notes, forced into the end of each track. Just because you can, doesn’t mean you should. Usain Bolt is the fastest man alive, but you don’t see him sprinting at full-speed everywhere.

Despite all of the above, there are some notably decent tracks in Pray for the Wicked. Save the ear-piercing high note at the end, ‘Saturday Night’ is a strong lead-single and tailor-made for chart success with quip-filled songwriting and an infectious chorus. ‘Roaring 20s’ is the closest we get to the original vision of present-day Sinatra with its rousing brass arrangements reminiscent of that Gatsby aesthetic that’s appeared as a party theme at least once in your life. Finally, ‘Old Fashioned’ a suave, ode to vice that falls just a few yards short of its intended audience – unless you know of any teenager with an acquired taste for an Old Fashioned.

Perhaps we shouldn’t write this off as the complete demise of Panic! At the Disco. The album did debut at number one after all, and there seems to be no signs of stopping this endless stream of Sinatra revivals anytime soon. Pray for the Wicked is just 35 minutes of directionless posturing. But it’s harmless. Christine Costello

Panic! At The Disco – Pray For the Wicked Christine Costello

If You Like This: Fall Out Boy, RENT the Musical, Imagine Dragons

Tags: album review, Panic! At The Disco, Pray For The Wicked