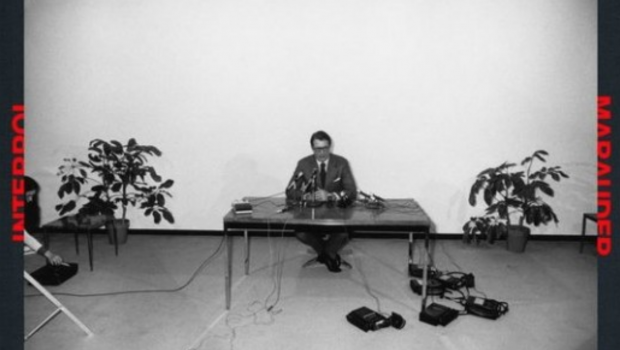 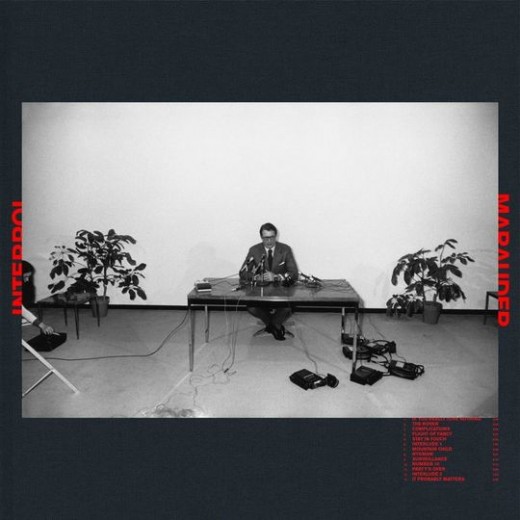 Last year Interpol embarked on a worldwide tour in celebration of the 15th anniversary of Turn On The Bright Lights. It’s impossible to deny just how important that album was to both fans and to music in general. In the wake of 9/11, it placed the band at the centre of a slew of era defining artists coming out of New York. Covered in a shroud of mystery, the band managed to tug at the heart-strings of indie lovers with the likes of ‘NYC’ and ‘The New’. They replicated this emotional prowess on 2004s Antics cementing Interpol as one of the most beloved and important guitar bands of the past 20 years.

Fast forward 14 years and we see Interpol vehemently trying to recreate the magic of these records. Since 2007s Our Love To Admire, they have been a band chasing their own tail, making diluted versions of their previous work while refusing to evolve. While some may suggest a merit in this approach, nothing from their last two records has met the expectations of fans on the whole. So now, with the release of their sixth LP, Interpol return with the bar set understandably lower than it has ever been. While Marauder doesn’t inspire like the band’s earliest work did, it does at least surpass these expectations in a (near) return to form.

Working with an outside producer for the first time since Our Love To Admire, Dave Fridmann injects a burst of life and rejuvenation into the band. The songs here are as guitar-centric as ever but, there’s something fresh to Daniel Kessler’s riffs as they pierce through each song with ineffable grace. From the opening licks of ‘The Rover’ to the ragged chords of ‘Stay In Touch’, there’s new life in the production which for the most part is a positive.

Marauder is loud! Like other records made with tape in recent years there’s only a small amount of headroom across the songs making it hard to appreciate the dynamics and subtleties as tender moments tend to pass the listener by. It’s a trait that benefits the brashness of ‘The Rover’ but sadly lets down album opener ‘If You Really Love Nothing’. There’s clearly quite a tender song here but it feels hidden behind layers of guitar and reverb.

Drummer Sam Fogarino cites inspiration from ’80s funk producers Jimmy Jam and Terry Lewis in the lead up to Marauder. Although slight, this influence is noticeable on tracks like ‘It Probably Matters’ and the circus like ‘Complications’ where the hi-hats skip and bounce toward an almost jovial pace. It’s a curveball that most fans wouldn’t expect but shows a willingness to experiment, if only slightly.

Paul Banks describes Marauder as a facet of himself. He credits this alter ego as the person responsible for sabotaging friendships and “doing crazy shit”. Perhaps this is him trying to shift the blame for his past mistakes but he does at least try to reconcile this persona throughout the album. “Marauder  chained of no real code/Marauder breaks bonds/Marauder stays long/Plays with the real face on” the singer croons on the albums stand out track ‘Stay In Touch’. It’s hard to tell just how much these words mean as his famously deadpan delivery gives nothing away.

Since the departure of bassist Carlos Dengler, Interpol have lost part of their signature sound. With Banks taking over bass duties for the second time, the melodic riffs of Dengler are replaced with straight pounding lines.  Driving rhythms possess songs like ‘The Rover’ and ‘Now You See Me At Work’, creating a pseudo-punk bravado helping the tracks stand out from the Interpol we’ve seen so many times before.

While the album pops in many places there’s unfortunately too much chaff among the wheat as several songs sound like a band trying to replicate Interpol rather than the genuine article. ‘Surveillance’, ‘Flight of Fancy’ and ‘Mountain Child’ are the worst offenders here. The two blade runner-esque Interludes which dissect the album are intriguing but ultimately contribute very little. Marauder is a return to form for Interpol but it falls just a little short of that accolade. While the band have hardly reinvented themselves on this release they’ve shown a willingness to experiment, deviating at least slightly from the broody sound that brought them so much success 16 years ago. Hugh O’Dwyer