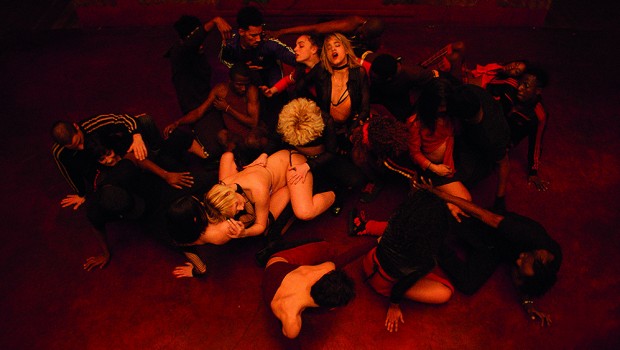 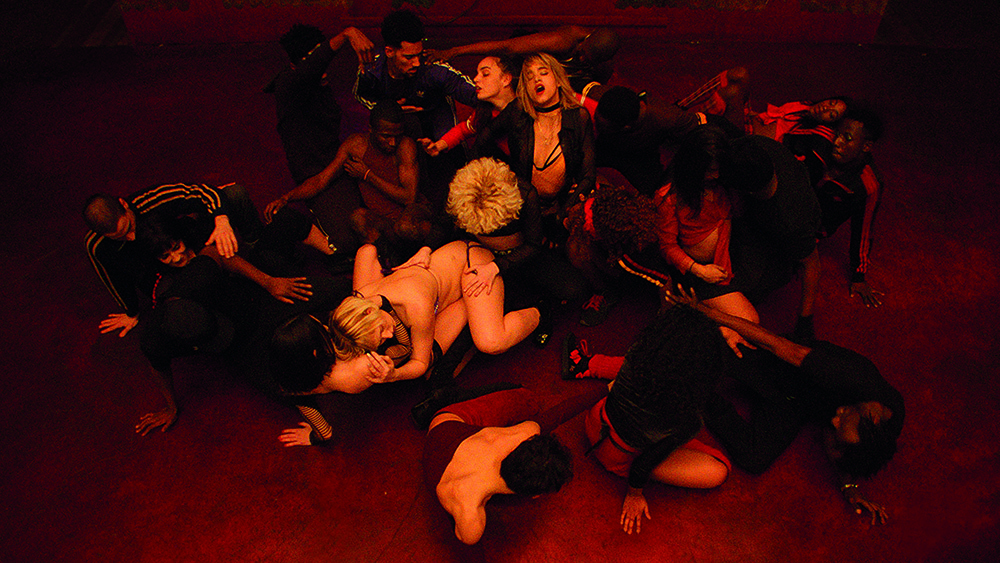 There are not many films out there that leave you exasperated, yet exhilarated by the time the finale has played out. But then there are films by Gaspar Noé, the undisputed victor for the title of ‘l’enfant terrible’ of the filmmaking world, who has a writing and directing back catalogue that has to be approached with caution by even the hardiest of filmgoers.

His latest, Climax, while not as harsh as some of his previous – for example, the notorious Irreversible’– is a film that will undoubtedly shock many. Thankfully, because there is so much to appreciate and marvel in its build-up to climatic events, Climax‘s rewards outweigh the cynicism that undoubtedly lurks here, at the heart of this tale of a dance troupe’s celebration gone horribly wrong.

The story follows one fateful night with a group of young dancers, who are refining a dance routine in a secluded school in France. As they wrap up a stunningly choreographed performance, the troupe decide to celebrate with an all-night, drink-fuelled celebration. But as the party starts to get wild and everything gets rather lairy, the group start to notice that something is amiss with the sangria that they have been drinking. As the repercussions of this start to unfold and a chaotic, debauched, hallucinogenic and ultimately violent mood sweeps over everyone, one major question lingers: who is responsible?

You have to admire Noé’s mettle when it comes to staying fresh and challenging in his film-making. The opening scenes assault you with statements in text and out of place credits, moving to what nearly seems like a drawn-out affair, staging each of the dancers in a VHS recorded interview on their hopes and dreams, then suddenly breaking into the stunning dance sequence by the uber-talented cinematographer Benoît Debie (Spring Breakers; Enter the Void).

This is an exhilaratinggly choreographed and mesmerisingly shot smorgasbord of, what has to be, some of the finest dancers on the planet giving it 110% to a perfectly chosen disco/house track (Cerrone – Supernature). In the aftermath of this fantastic spectacle there is a young man DJ-ing throughout the party, playing through the fantastic soundtrack that includes Daft Punk/Thomas Bangalter, Aphex Twin, Dopplereffekt, Gary Numan and M/A/R/R/S, to name but a few, along with sporadic, improvised dance routines that transform the cinema into a nightclub. It really is remarkable.

A lot of what happens next appears to be improvised amongst the dancers – who are majority untrained in acting, bar Sofia Boutella (Atomic Blonde) – as they separate out and talk about various subjects with amusing, sometimes shocking frankness concerning their dancing, who they want to, or are having sex with, who they trust or are wary of etc etc. But as the sangria starts to take a grip of everyone who drinks it; the paranoia, rivalries and carnal impulses start to take hold, especially once they figure out that something is amiss with the drink.

As the toxic inebriation of the group gets worse, Noé’s camerawork on a steadycam becomes more deranged and erratic with the shooting angles, creating that nauseating, claustrophobic feel that he created so deftly with Irreversible.

You can try and read into much of what is going on in Climax. There’s the symbolism behind a massive French flag that is hanging behind the DJ booth and the racial and religious tensions that are playing out. Something tells me there is a definite analogy to present-day France in there but it’s hard to call.

Nevertheless, this is a movie that does not let up from its initial dance scene, creating a gradual head-fuck that will suck you in with its energetic and fascinating performances and stomping soundtrack, even when you know the story is going South in epic proportions. Morbid curiosity will keep you involved – that, or maybe you’ll be stunned into submission. But Noé doesn’t push the violence too much, leaving some potentially horrific scenes to the imagination. Hardly something he’s known for.

Climax is one of the films of the year and a great return to form for Noé after the disappointing Love. This is a one-of-kind that is worth a watch, striking the balance between despair and exhilaration with an eye and resolve that few filmmakers can ever hope to achieve. Kev Lovski

Climax is showing at QFT, Belfast until tonight Thurs 27th September, and at the IFI and Light House Cinema, Dublin until Tues 2nd and Wed 3rd October.