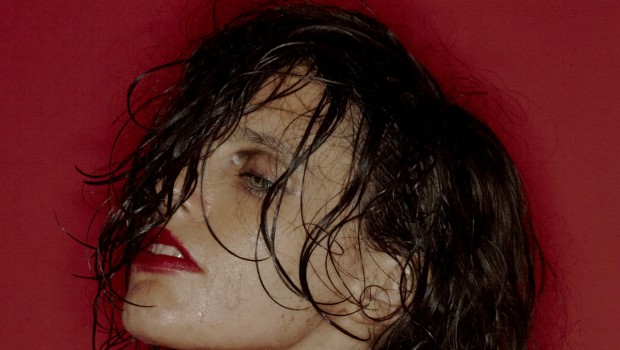 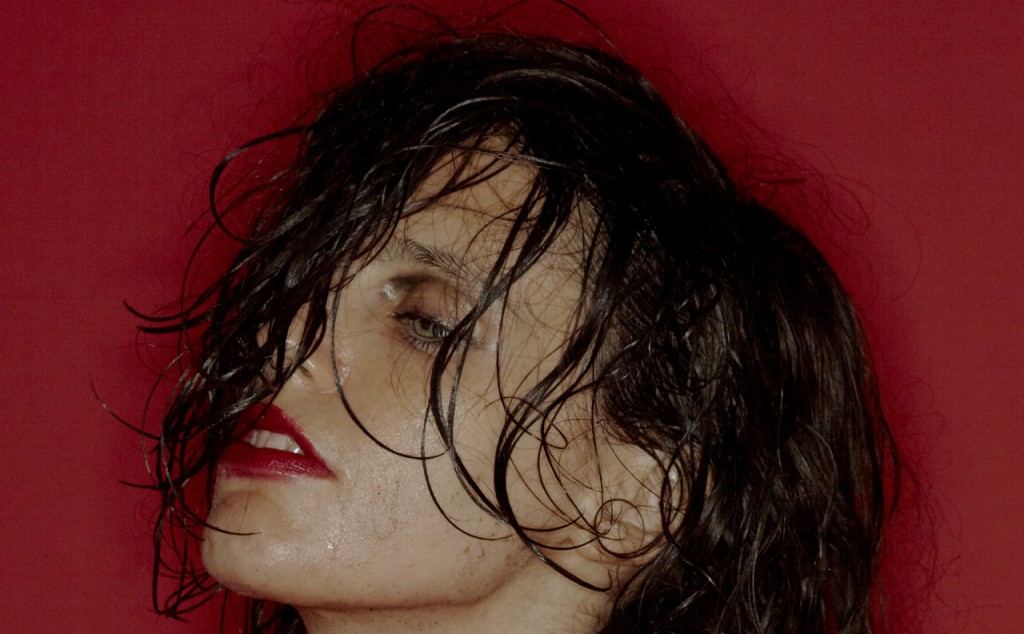 Anna Calvi is a musician who seems deeply invested in the art of the crescendo. Blessed with a gargantuan set of pipes, she can veer from a hushed mumble to clarion operatic tone in an instant, archly imbuing her music with shade and suspense and conjuring up bombastic, room shaking coups de grace that punctuate her grand musical statements.

Stepping silently onto the stage in a blood red chemise and a pair of black cigarette trousers, the Twickenham songwriter exhibits all of the aloof gravitas of Nina Simone or Nick Cave, sweeping her artfully skewiff hair from her eyes and locking her gaze upon her public.

After a long and pregnant pause, her fingers suddenly flicker to life and ripple over the fretboard of her sunburst Telecaster, casually unfurling the complex opening licks of the spaghetti western inflected instrumental ‘Rider to the Sea’.  It’s an audacious opener showcasing the originality and skill of her guitar playing and immediately casting the audience into a stunned silence, ready for what lever Calvi can throw at them next.

With little in the way of between song fanfare, Calvi and her two band members sink into ‘Away’, an aching love song that may be best described as a kind of  goth-rock makeover of a 1940’s torch song, cut from some long lost Doris Day blockbuster. The song’s gentle arrangement and swooning choruses are not only beautiful but also serve to highlight Calvi’s tonal  range as she quickly trades measured sentimentality for the primal frenzy of ‘Indies or Paradise’. Calvi’s grungy palm mute riff intertwines with a sinuous synth bass line as she sings a depraved paean to the joys of Eros (“Crawling through the trees like an animal, taste the dirt, taste the dirt of us.”  The song’s throbbing groove gives way to an enormous chorus showing off the titanic vocal power Calvi has at her disposal as she stretches up to a piercing Valkyrian soprano and deploys an incinerating slide guitar solo, amping the drama to the very hilt, to the delight of the gig’s bedazzled attendees.

Despite the set’s focus on thunderous melodrama and occasionally jarring shifts in tone, this is never at the expense of Calvi’s obvious gifts as a pop songwriter. Tracks like ‘As a Man’ and ‘Don’t Beat the Girl out of My Boy’ in particular contain a wealth of hooks and soon prove to be instant crowd favourites.

Both tracks see Calvi explore the fringes of gender identity and fluidity. ‘As a Man’ exists as a celebration of Calvi’s masculine side as she sings over the songs strutting backing track with all the swagger of Grace Jones or David Bowie.  ‘Don’t Beat the Girl out of My Boy’ meanwhile, opens with an ear worming ‘dodo do do’ refrain and a witty and danceable drum beat. The song eventually comes undone, careening off the rails as Calvi catapults her already searing vocal up the octave for a frenzied falsetto climax that easily garners one of the biggest rounds of applause of the evening.

The arrival of the empowering genderqueer statement ‘Alpha’ intensifies Calvi’s performance style even further with prowling sexual menace. The wilder and more playful final section of the gig  sees Calvi use her mic stand as a makeshift guitar slide, death drop to the floor and, for what seems a cruelly long time, kneel down and lock eyes with an unsuspecting and no doubt unprepared young gentleman in the front row, singing to him at face level from a disarmingly close distance.

Drawing proceedings to a close, Calvi unpacks one of her biggest hits and one of the few older tracks on tonight’s setlist. ‘Desire’, the pump organ lead belter was one of Calvi’s first singles back in 2011 and exists here both as a fan favourite and, in the presence of the evening’s excellent new songs, a reminder of just how far Calvi and her complex artistry have come.

Happily giving in to the baying crowds request for an encore, Calvi and her rhythm section lurch into a pulsating electro vamp for an extended cover of Suicide’s ‘Ghost Rider’.  As the song progresses the performance grows looser and more improvisational as Calvi whips up all kinds of noise and static with her Telecaster, eventually finding herself prostrate on the floor ringing out wailing feedback from the monitors.

The sight of Calvi sprockled on the floor, guitar squealing and hair in Beethoven-esque disarray is a fitting end to a gig that has seen the artist push herself and her craft to fevered extremes. As Calvi makes her exit, she can, at the very least, be sure that nobody will be leaving with a bland or non-committal opinion of this singular, earth-scorching show. James Cox