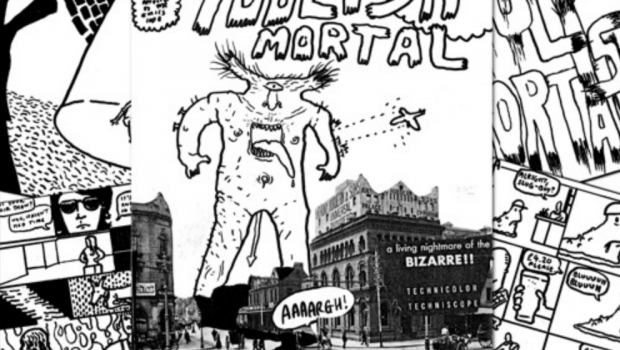 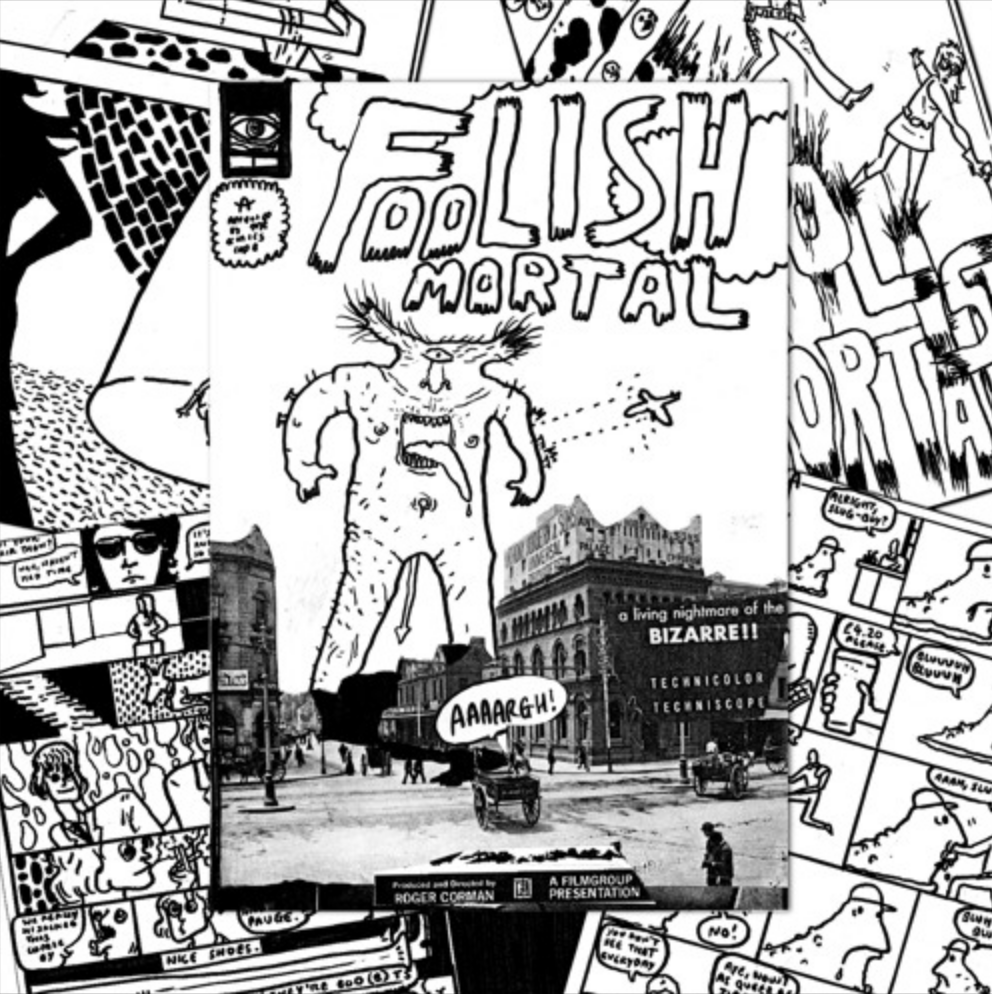 Just when we couldn’t conceive of Cork-based musician Laurie Shaw being any more prolific, he’s only went and started a new side-project, Foolish Mortal. And boy are we glad. Though it’s rare that we copy and paste big, wordy press releases, it gives us no shortage of pleasure to share the following wonderful spiel, along with a very first listen to the new project’s equal parts fuzzed-out and earhole-burrowing lead single, ‘Girl Talk’.

The self-titled Foolish Mortal debut is out via Sunshine Cult records on December 12.

“This album goes a little deeper than the white hot fuzz you can hear. The long player was inspired by a strange occurrence that took place in the winter of 1994 in a small town just outside of Milwaukee, U.S. An antique comic book restorer named Philip Ollie (known as William Ollie in other accounts) began hearing an odd, fluctuating hum whilst working late on a particular project; restoring an edition of a 1950’s monster comic book known as Foolish Mortal. This led to Philip Ollie visiting a local otolaryngologist although he could not determine the problem. No account of the story is certain on how the local scientific research facility came to be involved but Professor Albert Wallace (possibly a friend of Ollie’s) decided to examine the comic book itself and found that the chemical that had been used to coat the pages had a latent corrosive quality that would be accompanied by the fluctuating hum.

Strangely enough, when placed through a Corex Atomised Frequency Revelator (a discontinued piece of scientific apparatus), Wallace discovered the fluctuating hum actually sounded reminiscent of rock and roll music when heard at an atomic level. Even (though some have disproved this claim) containing accompanying lyrics. In his description of this ‘music’, Albert Wallace’s eccentric junior assistant, Professor Patrick Foster said:
“It sounded like rock music on a slightly detuned radio. It was one of the strangest sounds I’ve heard. It even sounded like there were words to it. I remember writing down the things I could hear. I heard a number of familiar terms like ‘chains of fuzz’, ‘tears’ and ‘girl talk’.”

The pair were able to record the music to tape. Unfortunately, this tape went missing a number of months later. Some have even accused the interference of the government. This album, “Foolish Mortal” is an ode to this strange scientific miracle; an attempt to imagine what that music on that lost tape may have sounded like. More information on the original story can be found online. If you know where to look.”