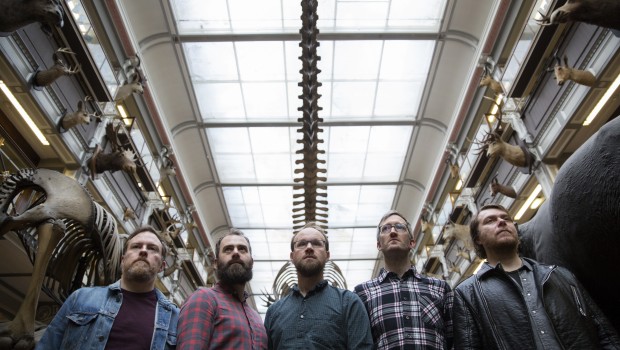 Teeth Bared and Tongues in Cheek: An Interview With BATS 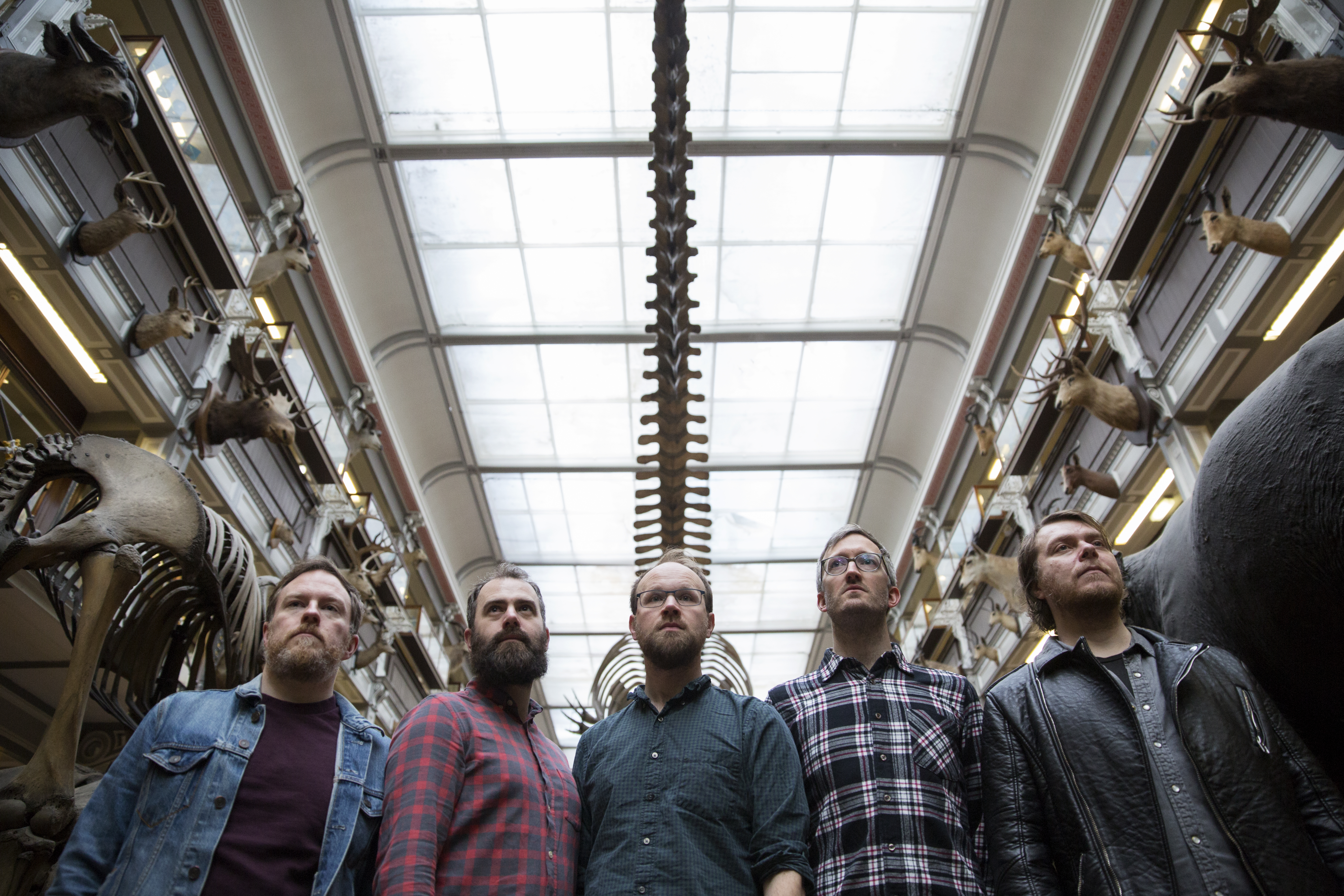 BATS are easily one of Irish musical landscapes’ greatest oddities. A five piece playing a fusion of post-punk, prog and metal with lyrics devoted to topics such as the Higgs Boson Particle, New Earth Creationist Kent Hovind and the Cthulhu mythos. Proudly outspoken with teeth bared and tongues firmly in cheek, there has been silence in the BATS camp since 2012’s superb Sleep of Reason. Now having just completed a Kickstarter campaign for their forthcoming album, Alter Nature the group are back to pick up where they left off.

Words by Will Murphy

Let’s start with the obvious one here. It’s been seven years since The Sleep of Reason. What had you away for so long and what was the spark that got the five of you back into a room with the intent of doing a new record?

The spark lay dormant inside all of us. It took a sabbatical, packed its bags and traveled around our bodies. It met lots of other interesting sparks and experienced new things. It got married. It had kids. It started its own business. It saw light and dark. Then when the time was right it returned to our minds reinvigorated, briefly gave us terrifying hallucinations, and began to spew forth all new science-based, groove-oriented metal/post-punk offerings.

Previously, you’ve drawn from the music of Converge and the mathematics of Andrew Wiles What are the main musical and lyrical touchstones for this new album?

Lyrically I’ve been drawing on modern issues in science and philosophy. Artificial Intelligence factors heavily as it is one of the key challenges we need to address as human beings going forward. CRISPR gene editing technology is another, but it wouldn’t be a BATS album without some religion bashing! See ‘Christian Science’ for your fix. HP Lovecraft is definitely a touchstone for this record also. We wrote a song called “The Call of Cthulhu” (eat your heart out Metallica!) Musically I’ve been influenced by a number of artists this time around… from Scott Walker to Laurel Halo, from Charlie Looker to Rudiger Lorenz, Guerrilla Toss and Pallbearer.

BATS as a band have pretty harmonious tastes in music but what makes our sound and approach to writing a little different is that each member has their own wrinkle. For Tim it could be the most obscure prog band who’s members are actual aliens and never released anything on earth but gave him their back catalog when he was abducted (true story). Whilst for Conor, its all about sitting a dark room listening to Squarepusher and Kenny Loggins.

Back in 2009, when labels held more sway, you released your debut on the deeply missed Richter Collective label. Having been on the underground looking inwards, what in your mind has been the largest change that you’ve seen in the industry over the last ten years?

We’ve been away for nearly 7 years so we were hoping you could tell us!

Has streaming been replaced by something we can’t even comprehend? Is music mapped onto the DNA of some kind of parasitic worm and shot up our noses? If it has – then five worms please and can we borrow your nose gun?

On a serious note, it has to be technology and streaming. Its a double-edged sword for BATS. On the one hand we love new tech and endorse progress but on the other, Spotify ain’t gonna pay the bills or all our subscriptions to various streaming services… damn. 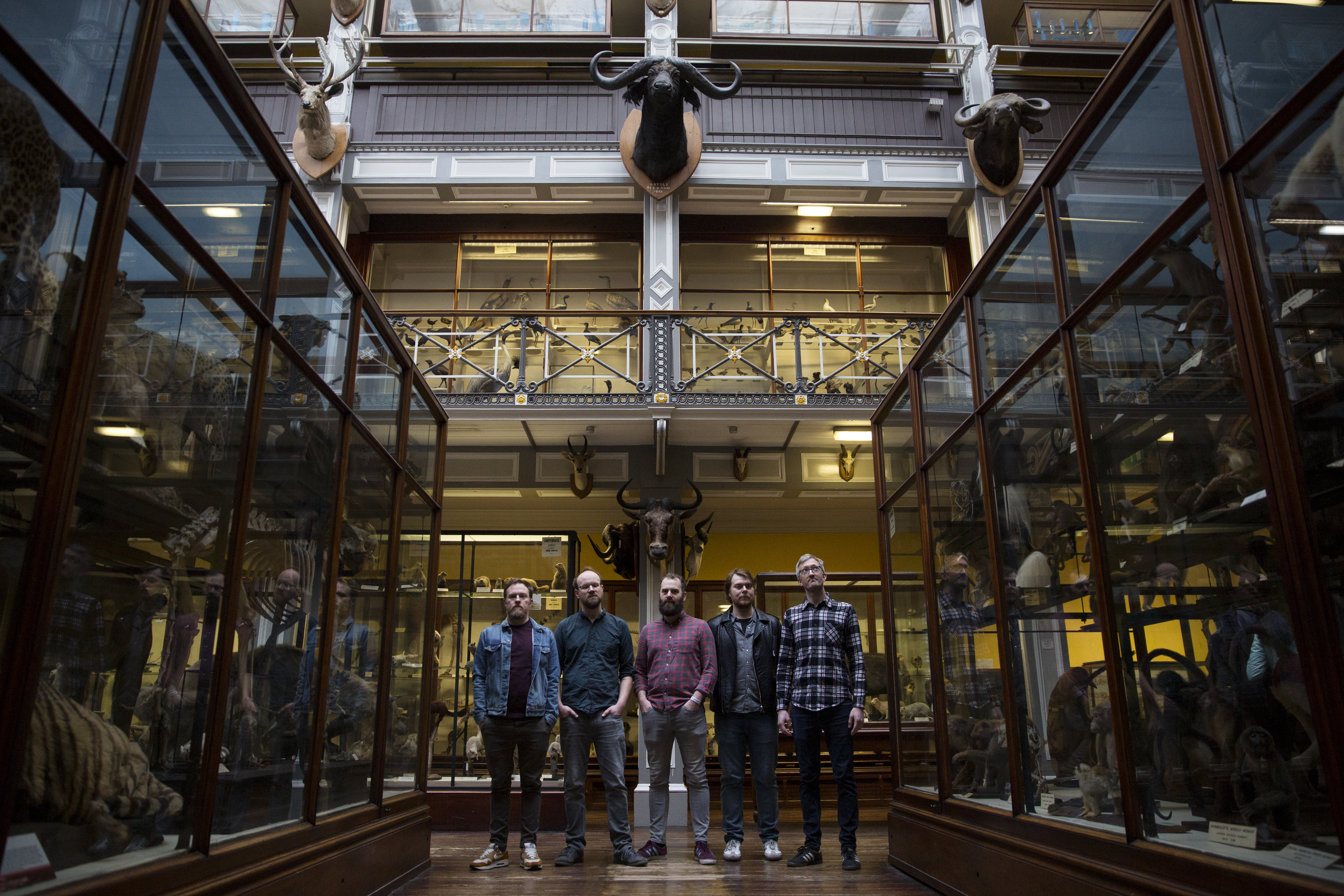 You’ve recently launched a Kickstarter to fund the pressing of the latest album onto vinyl. How important is the physical component of your music? Do you feel like much is lost in digital only consumption of music? What are your thoughts on the recent vinyl resurgence?

The physical component will always be important to us because that’s what we grew up with. There are so many rituals associated with CDs and Vinyl. Who of us can say we haven’t catalogued our cd’s by spine colour? Or sat, eyes glazed as we ran our fingers across beautifully debossed foil stamped artwork, lovingly printed on the finest Italian uncoated card stock. Who!?

I think BATS try to focus on what digital has given us rather than what’s been lost. Despite our love of the physical we also get excited by the immediacy and freedom that streaming brings. This is the future and we can’t get too misty-eyed about the past.

The vinyl resurgence is pretty amazing. This will be our first time releasing an album on vinyl and we’re extremely excited about that. Plus, it legitimises the band more in our parents’ eyes.

On a similar note, how do you feel Kickstarter has affected your fanbase’s ownership and connection to the music?

I know that when I help fund an album I feel immensely proud and excited so I hope it’s the same for our fans. It’s nice to feel like you’re playing a part in the creation of the music you love. To be a shareholder of metallic dreams.

One of the core tenets of BATS was this active attempt to seek and destroy anti-intellectualism. How does this belief fit into a post-Michael Gove “[we’ve] have had enough of experts” landscape?

Sadly, BATS’ mission is more important than ever! The rise of anti-intellectualism and anti-science is shocking and frightening. To put things in perspective – in 2009, when we released our debut, there were nearly no cases of measles in the western world, now they’re rampant. Anti-vaxxers and flat-earthers and #spaceisfakers have been given platforms and created echo chambers within social media that has been nothing but deleterious to reason and progress. Fake news, outrage culture, identity politics – all symptoms of a society turning away from reason and rationality and rushing headfirst into solipsism and self-indulgence. Virtue signalling all the way to the horoscope page. With climate change being a clear and present danger it’s touch and go as to whether the experts will be listened to or ignored as we slowly crumble and desiccate into a cinder of safe spaces.

Ireland in the last 3 years has gained some serious socially important victories, do you feel like this is just a flash in the pan or the first steps in a more meaningful growth for the nation?

It definitely feels like we’re making progress but you have to ask why for example did it take so long to repeal the 8th amendment. There’s obviously lots of things at play but we have to look seriously at the church’s on-going influence in our society and make actual efforts to separate church and state. One of the new songs ‘Family Planning’ touches on this.

We don’t want to be negative nellies though! The repeal movement and referendum for same sex marriage were incredibly positive and it was massively heartening to see those outcomes. They started much needed conversations between people of all ages from all walks of life in Ireland. The campaigners at the frontline of those movements deserve huge credit.

There’s always been an element of cosmic horror in your music and having surrounded yourselves with scientific literature and research, have these influences permeated into the new batch of songs? Are there any particular fears or anxieties that have manifested here?

Short answer: yes. Definite fears about AI (artificial intelligence) have infected our circuits, these are manifested on the track Summoning The Demon. But we’ve gone full cosmic horror in “The Call of Cthulhu” Possibly the most comprehensive song ever recorded in reverence and penitence towards our deep Lord as he sleeps in his house at R’lyeh. It’s not all doom and gloom tho! Old Hitler is about a legendary giant hammerhead shark!… that we get eaten by… swallowed whole by it’s gaping maw.