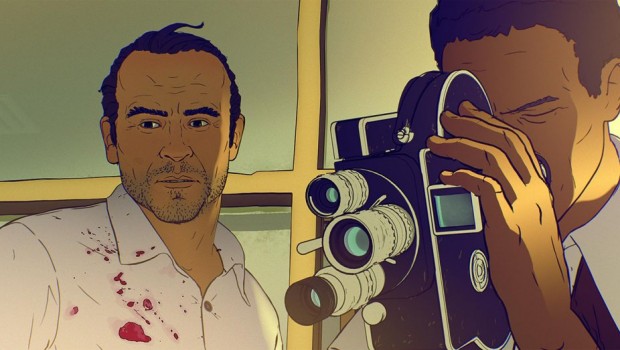 BFF19: Another Day of Life 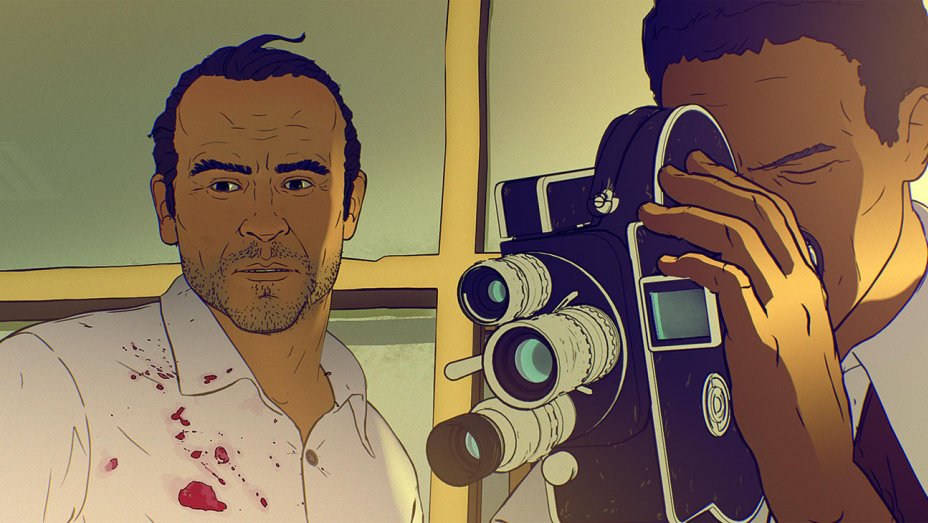 Confusão: chaos, anarchy, confusion. The word runs through Raúl de la Fuente and Damian Nenow’s Another Day of Life like a leitmotif. Little wonder. Their compelling animation-cum-documentary, adapted from the Ryszard Kapuściński book of the same name, depicts the Polish journalist’s three-month sojourn in Angola in 1975, as the country bloodily tore itself free of five hundred years of Portuguese colonialism. Kapuściński, in his book, described the situation as ‘a cosmic mess.’

This is the first film to address Kapuściński, the Polish Press Agency’s Africa correspondent between 1957 and 1981. During that time, in which he also worked in Asia and South America, Kapuściński reported on twenty-seven civil wars, coups and nationalist uprisings. Frequently, he faced situations in which death seemed the likeliest outcome. Angola, as this visceral film depicts, was no exception.
Kapuściński, however, was not just a bold foreign correspondent who championed the weak. His books elevated reportage to the level of literature, and much of his literary flair, his poet’s eye for the extraordinary in the seemingly mundane, is evoked in the film’s first-person-narrated segments. So too, Kapuściński’s habitual disregard for his safety in pursuing the story, and it must be said, for the safety of those he engaged to take him into the heart of darkness.

The story begins in Luanda, the Angolan capital. The fall of Salazar in Portugal has ushered in the prospect of independence for Portugal’s African colonies. A merciless war erupts between various Angolan factions hungry for power. Kapuściński arrives with Luanda in meltdown. Anyone who can, attempts to flee the encroaching war. Chaos reigns.

Europeans, predominantly Portuguese, salvage their possessions as mountains of shipping crates pile up in the docks like a wooden city. The colonialists abandon their houses and board ships and planes bound for Portugal, Brazil, or any other safe haven. Kapuściński camps in the Tivoli Hotel, where for three months he telexes snippets of news to Poland, that’s if it can be separated from the rumours of uprising, invasion and the threatened massacre of any foreigners left. As the tension escalates the city dissolves. Shops close down. The police abandon the city. So too the firemen and the garbage collectors. Water is scarce. Confusão. Hungry for news, Kapuściński heads for the southern front.

The animation, graphic novel-esque in style, is sensational, the flowing narrative peppered with dream-like collage sequences that mirror the surreality of Angola’s waking hours, where boy soldiers serve their masters in return for food or the promise of schooling. Cash for kills. In one scene Kapuściński and local journalist Artur Quieroz stop their car when they encounter the aftermath of a civilian massacre on the road – the bodies of men, women and children strewn about. Suddenly they come under a fierce hail of bullets – a lead storm of jarring, nerve-shredding intensity.

There is another narrative running concurrently, however, that positions la Fuente and Nenow’s film beyond typical notions of genre. Documentary footage is interwoven throughout the animation in the form of interviews with people who came across Kapuściński there, all now white-haired. They recall the brutality of the civil war, the black and white choices facing them – Quieroz was both journalist and fighter – and their time with Kapuściński. Forty years on, Quieroz retraces the road he took with Kapuściński, pausing for reflection at the site of the civilian massacre. “I never had peace again,” he says.

Quieroz also paints a vivid picture of Kapuściński the man, as opposed to the sober war reporter that emerged from his book. For evening entertainment, Quieroz relates, they would head to the musseques, the rickety settlements of Luanda’s slums, where beer and dancing to the intoxicating rhythms of zouk and merengue provided heady escape from the living nightmare. “Kapuściński loved the atmosphere there,” we learn.

A still defiant General Farrusco recalls chatting with Kapuściński in his besieged enclave on the southern border. Getting there was a veritable suicide mission for the Polish correspondent – and his driver – but he got the story he was chasing and escaped with skin intact. Another day of life. Kapuściński had been drawn to the front like a moth to a lightbulb by the rumours of South African military intervention. He was horrified by the prospect of imposed apartheid in Angola and another five hundred years of oppression and exploitation.

Quieroz and Farrusco were the lucky ones. Others didn’t live to tell their tale. Carlotta, a nineteen-year old captain, is charismatic and defiant in the animation, sparking loyalty from her soldiers and admiration from the journalists, including Kapuściński, whom she escorted in an armed convoy towards the southern front. Kapuściński’s black-and-white photographs frame Carlotta in softer, more sensitive poses – as poignant reminders of loss in their way as his images of broken and mutilated corpses.

Footage of South African tanks rumbling towards the border and of Cuban soldiers disembarking from a plane underlines the international dimension of Angola’s civil war. With Western, African and Communist countries backing different sides in Angola, the civil war was a de facto extension of the Cold War. Old newsreels testify to the global tensions. Kissinger, fresh from the debacle of Vietnam, warns of the dangers of Communism in Angola, while Fidel Castro’s impassioned oratory, steeped in socialist rhetoric, bangs the drums of war louder still.

Kapuściński’s driven journalistic persona is foregrounded in de la Fuente and Nenow’s film, and, to a large degree, so too his humanity. Seeing foreign powers descend like carrion on a rotting corpse, it’s with resignation that Kapuściński predicts a long, drawn-out conflict – the war would drag on until 2002 – and it’s with resolute conviction that he promises to tell the story of those left behind – the living and the dead alike.

Brilliantly evocative of time and place, Another Day of Life conveys the madness of war – the barbarity and idealism, the camaraderie and heroism, the desperation and senselessness. In their broadly faithful, yet highly creative interpretation of Kapuściński’s book, de la Fuente and Nenow have rendered a strikingly original work of haunting qualities. Ian Patterson