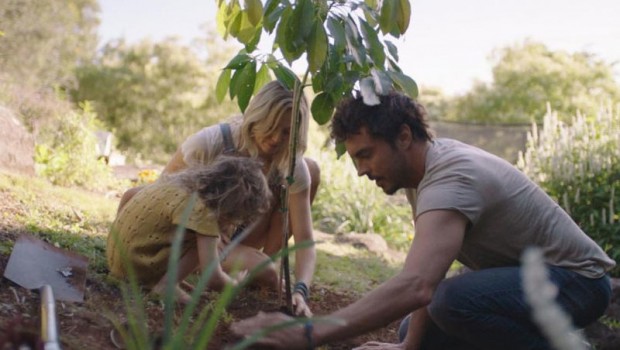 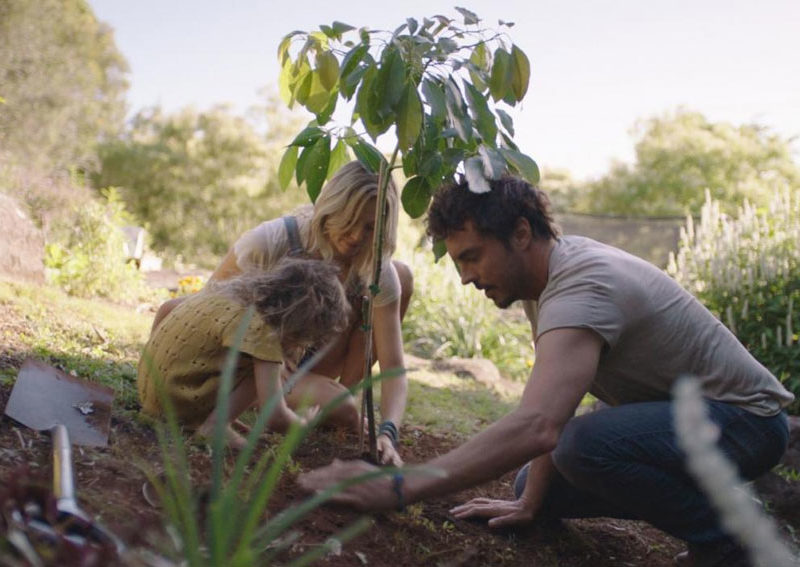 The screening of 2040 was packed with schoolchildren thanks to the involvement of Into Film, a Northern Irish charity focused on film as an educational tool, and it’s easy to see why Docs Ireland extended the invite. The film, presented and directed by Australia’s Damon Gameau, is a layperson’s guide to the causes of, and urgently needed possible solutions to, rapid climate breakdown, and a love letter to his daughter and the possible futures she will inhabit.

There is a breezy pedagogical tone to the film, in which Gameau, via to-camera testimony, narration and slightly hokey visual aids, outlines the physical mechanics of carbon and climate. Claiming to be paralyzed by the “doom and gloom” of the news, 2040 is designed as a more positive exploration, a tour of solutions that are being tested right now, and could help in the minor task of keeping civilisation breathing.

How taken you are with Gameau and his matey optimism comes down to how much value you place in “innovation” as a means of combating the coming catastrophes, and the capacity of humans to recognise and address problems portions of the population think aren’t even real. Closer to a special, gimmicky episode of current affairs TV programme than a piece of singular film-making, Gameau structures 2040 around different solutions, and then dramatises what the world might look like in the titular date when his daughter is grown up and these ideas have been made reality.

So, he visits a villages in Bangladesh to see a solar energy network powered by startup Solshare, where customers can buy and sell energy along an internal grid, and take what they need straight from the sun with panels and a battery, He meets advocates of regenerative farming, which rehabilitates depleted, over-worked soil using plants to grab carbon from the air and restore the soil’s wormy health and water absorbency (helpful for all the inevitable high rainfalls).

Maybe the most important (and technically obvious) revelation from the doc is the necessity of wide-scale carbon sequestering — as one talking head puts it, we’re already past the tipping point, and the challenge will be how to pull all this excess carbon out of the atmosphere and store it, a side to the problem ignored in a conversation dominated by emissions (we need plants: lots and lots of plants). Other innovations include screen dashboards that display real-time data on energy, emissions, waste etc.; seaweed farming to help the circulation of warm, acidic, over-fished oceans; family planning and the education of girls as brakes on population growth; a reduction of meat in our diets; and, of course, electric, driverless transportation systems for cities.

There is a faint democratic edge to the themes of decentralised networks, controlled internal economies and the abandonment of Big Oil and Big Ag. As with any survey centred on innovation and individual changes, questions of politics or economies aren’t explored with the  complexity and urgency they deserve. Gameau sits on his laptop “astonished” at the financial might of vested interests(really?), and briefly mentions the Tobacco-style misinformation tactics of fossil fuel corporations. The down-up solar grids he was so impressed by are illegal in most countries. Why is this? What can be done to change this?

There is a superficial, we-can-do-it slickness to the film, particularly when it coasts on cute kids and Sigur Rós swells, a promo video aesthetic that could easily come from the marketing departments of the companies tipping us into the woodchipper. But there also is something curious and a little radical about simply imagining alternative paths, in using practical, easy-to-understand changes to bring better futures within the circle of the possible. It’s up to the rest of us to figure out how to get there. Conor Smyth

The Silence of Others was screened as part of Docs Ireland, which runs in Belfast until Sunday 16th.