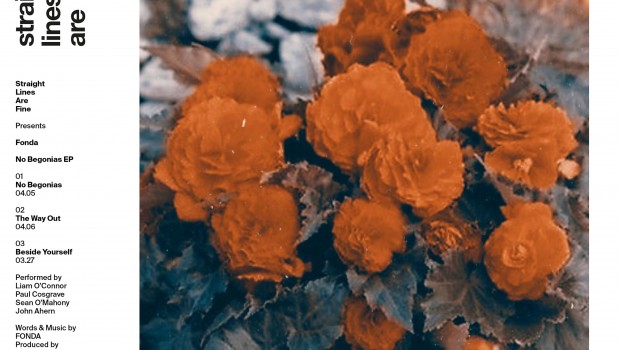 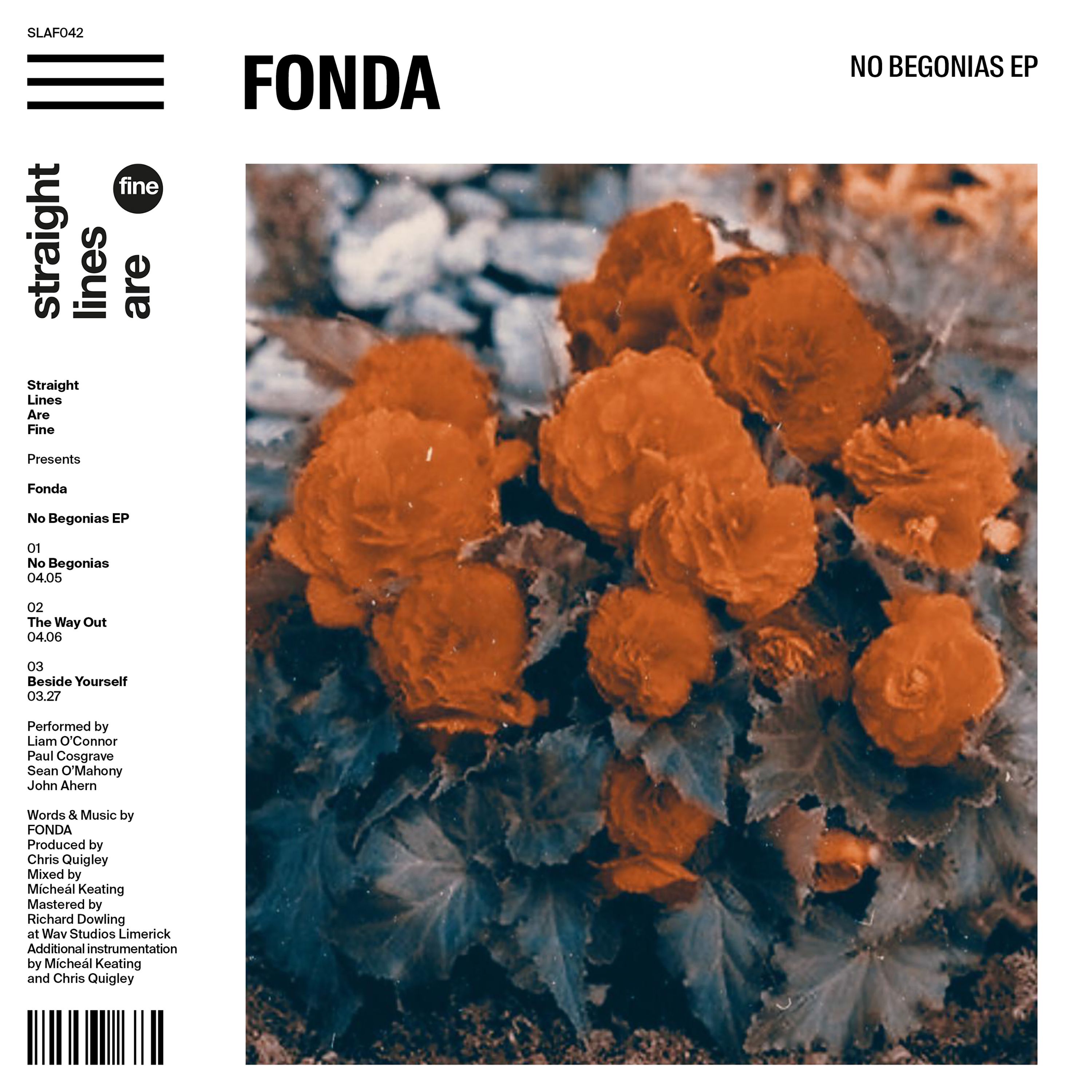 Our love for Fonda is no secret. Over the last few years, incarnations of the Liam O’Connor-fronted band have split time between Limerick, Glasgow and Galway. Its latest incarnation, compromising John Ahern of Hey Rusty, Paul Cosgrave of Slow Riot and Sean O’Mahony of Inner City Radio, feels like a definitive formation – the logical ultimate form of a band conspiring to make O’Connor’s tales come to life.

Recorded last year by Chris Quigley of Cruiser and mixed by Micheàl Keating of Bleeding Heart Pigeons, the band’s new EP, No Begonias, is a masterful consolidation of their mission statement to date. From highlight ‘The Way Out’ and closer ‘Beside Yourself’, to its eponymous lead single, Fonda conjure everyone from early Interpol to The Cure on their way to delivering a release brimming with its very own brand of hook-laden fervour.

Ahead of its release via London imprint Straight Lines are Fine tomorrow, have a first listen to the EP below.