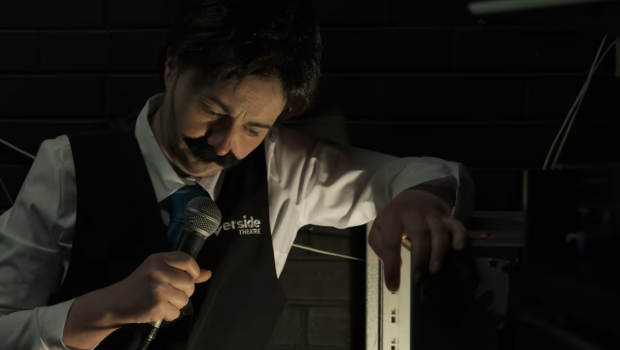 Songs in the Key of Goats: John Patrick Higgins on ‘Goat Songs’ 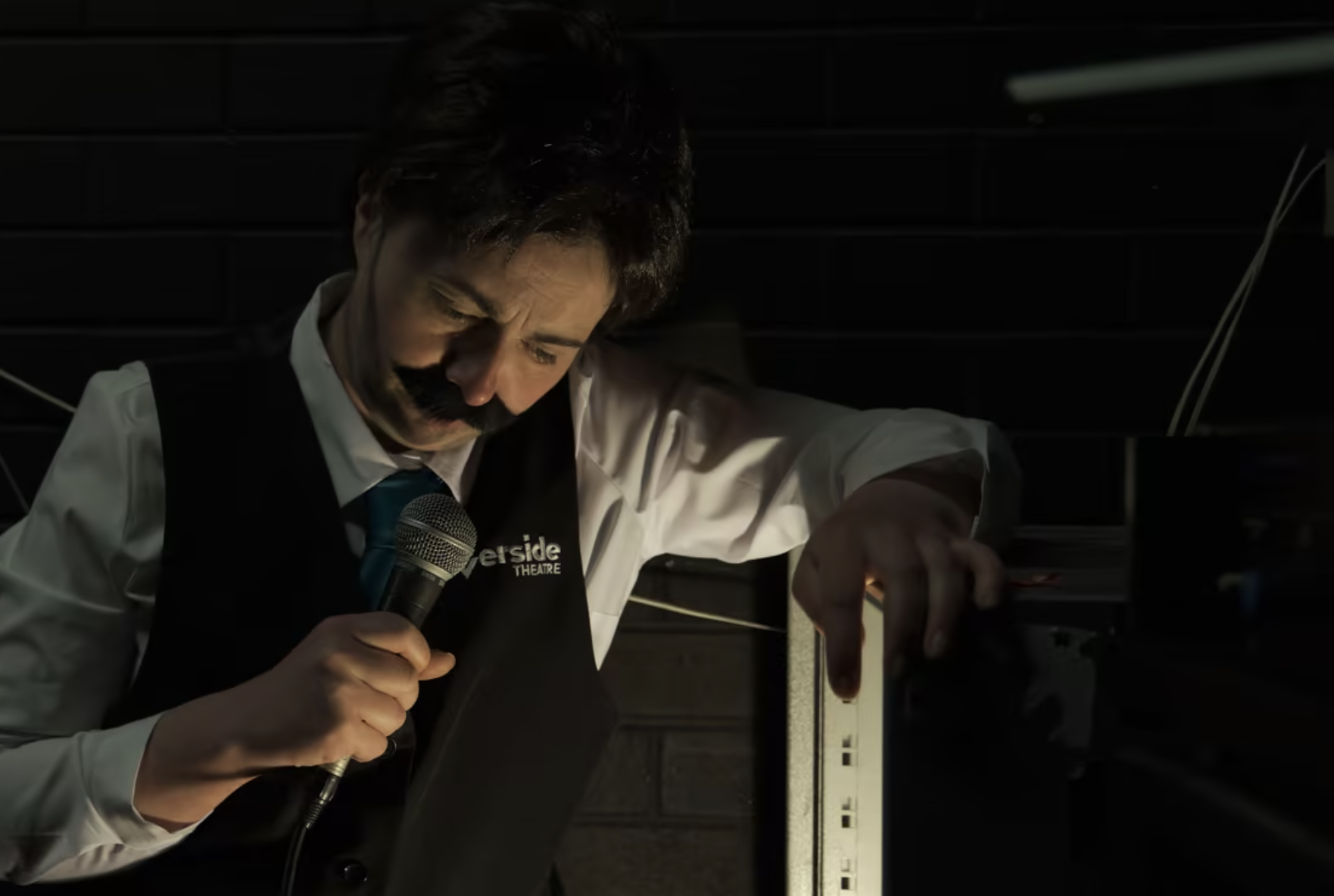 Back in October, Belfast’s Strand Cinema hosted the premiere of Goat Songs, a five-part film series delving into the less-public world and lives of theatre. Directed and written by Belfast-based writer, playwright, and all-round creative wellspring John Patrick Higgins, it delivered deft, razor-sharp pathos across twenty minutes, whilst fiercely flying the flag for theatre’s vital place in our lives. We caught up with Higgins to learn more about the project.

When I was approached to write this film, it didn’t occur to me to direct them as well. It’s an ambitious first effort: five short films, all in different styles, all with different approaches, that need to work as a single film and have a narrative spine. But it also never occurred to me to say no. I can’t do that. I’m old so I say yes to everything. At my age I don’t get many offers.

The film represents a kind of call and response – the first character asks a question, which the remaining characters seek to answer, the final one definitively. Goat Songs is a love-letter to the theatre, and where would the show be without a big finale?

Why is the film called Goat Songs?

Blame the ancient Greeks. The word “Tragedy” comes the Greek words: Tragos, meaning “He-goat” and Aeidein, meaning “to sing”.  In his Poetics, Aristotle tells us tragedy, and the entire business of Theatre, developed from hymns sung and danced in praise of Dionysus, the god of wine and fertility.  So, who better to close the show?

There is also a lot of comedy in the stories. Comedy is a Trojan horse; you can say serious things through comedy without being preachy. It is the spoonful of sugar, the Vaseline over the camera lens, the partially warmed doctor’s hand. Humour is palliative care. It numbs the pain, and over the last year and a bit that can’t be a bad thing.

It seemed pleasantly perverse to make a film about theatre (I had previously written a play about Robin Askwith’s film career, and last year I wrote a book of short stories about music, so…) and writing these monologues made me realise how much I missed it. There is a Blind Men and the Elephant quality to these stories: each of the characters has a response to and a relationship with theatre, and they each have a reason to be there. Some don’t understand it at all, some look on it as a crutch, and some just love it. 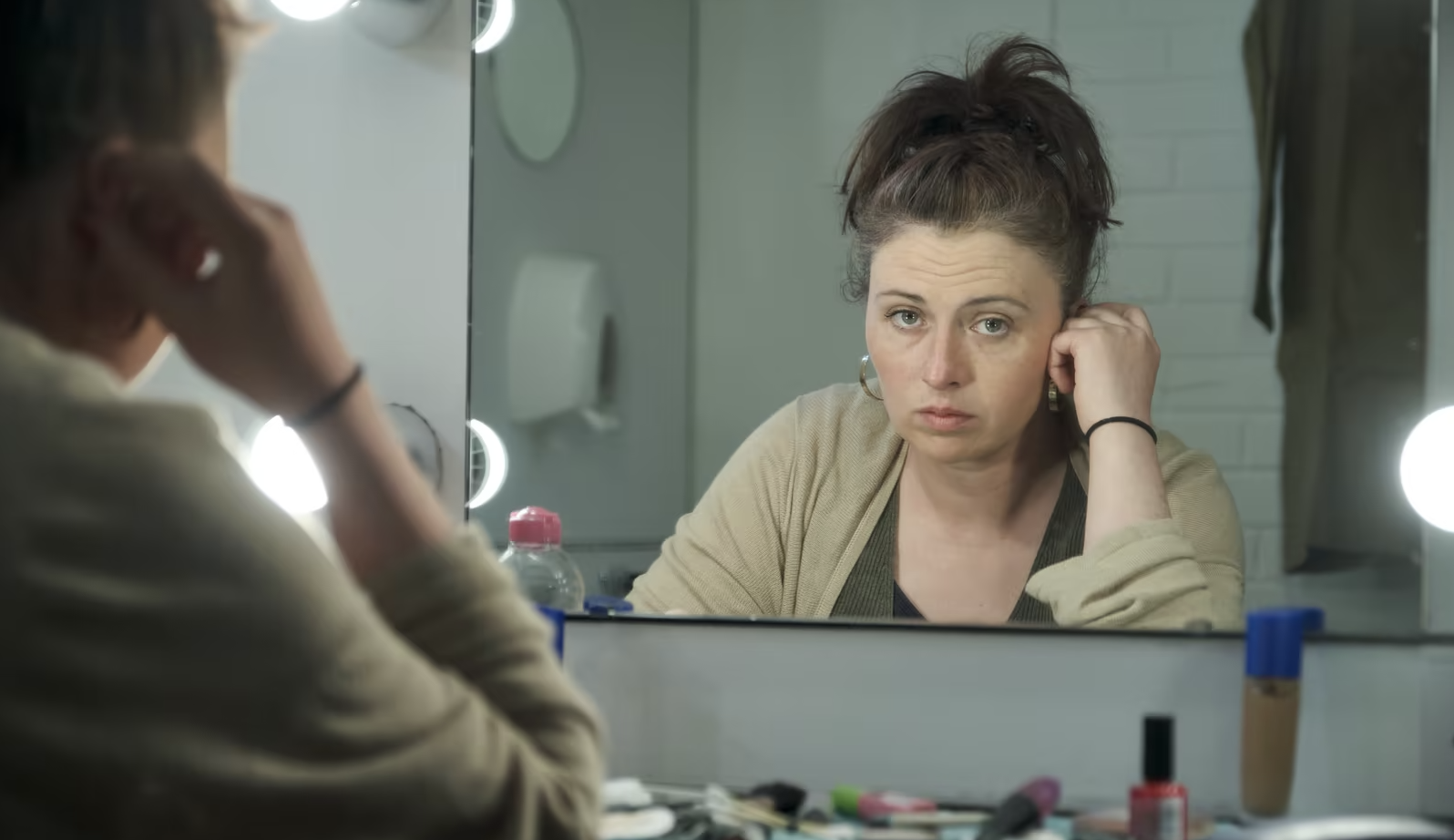 While the characters are encountered separately there’s a narrative spine, and theatricality gradually spreads through them, so that by the time the God of Theatre shows up, the set is heaving with greasepaint and tinsel. I wanted that episode to look like a high-end Nativity play mixed with a 1970s chat show, whereas the opening film – The Politician – is played very straight, as an outside broadcast television report – complete with boom mics pushing into shot. We did that on purpose, honest.

The buck stops with me. Despite being aware there were at least three people on set far better equipped to direct the film, its very much my baby. My sticky fingerprints are all over every digital frame. I wrote it, directed, have a brief cameo and even sing the theme tune (with my band Blasted Heath and sound scaped by Documenta’s Stuart Watson). So, while Nicky Harley, who plays every character, is a comic marvel and inhabits each character perfectly, if you don’t like Goat Songs, that’s all on me. Sorry.

The films could work as standalones, but are really part of a larger narrative, and there are subtle internal rhymes working through them: the Cleaner and Actor films mirror each other, where the Front of House story is transitional. It takes us a step closer to the colour and peculiarity of Dionysus’ entrance – we have a literal Deus ex Machina in our show! 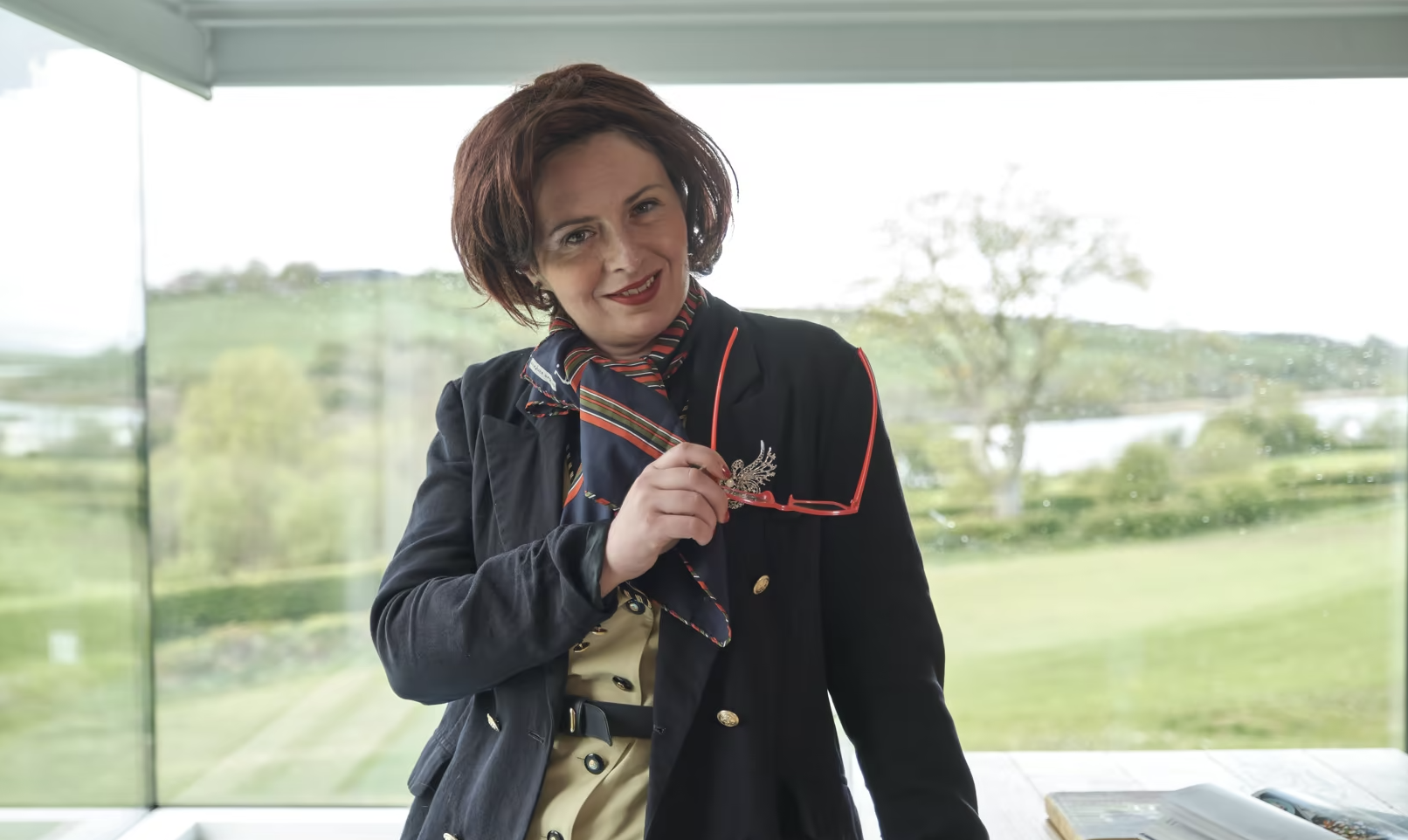 When the producer first approached me to make a film, we very quickly settled on the idea of celebrating theatre – and filming it at the Riverside in Coleraine. Theatres are magical places, as well as functional arts spaces – they show their working. There’s gaffa tape everywhere, odd, forgotten props, antiquated Bakelite equipment they can’t afford to replace. Theatre is art with the back off, it demands the suspension of disbelief, and you willingly comply in a way that no other art form requires.

I want to show both the incredible power of the theatre, its effects, its roaring emotive power, and its homeliness, its site specificity. This is a film about theatre that doesn’t pretend to be theatre, but wants to describe theatre: its tattiness, its smallness, its transformative power, its sheer scale.

It is magic. John Patrick Higgins