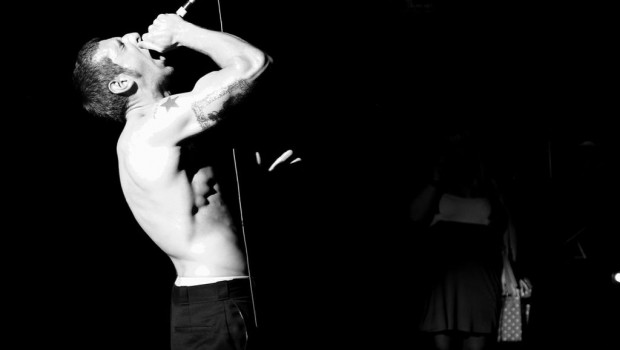 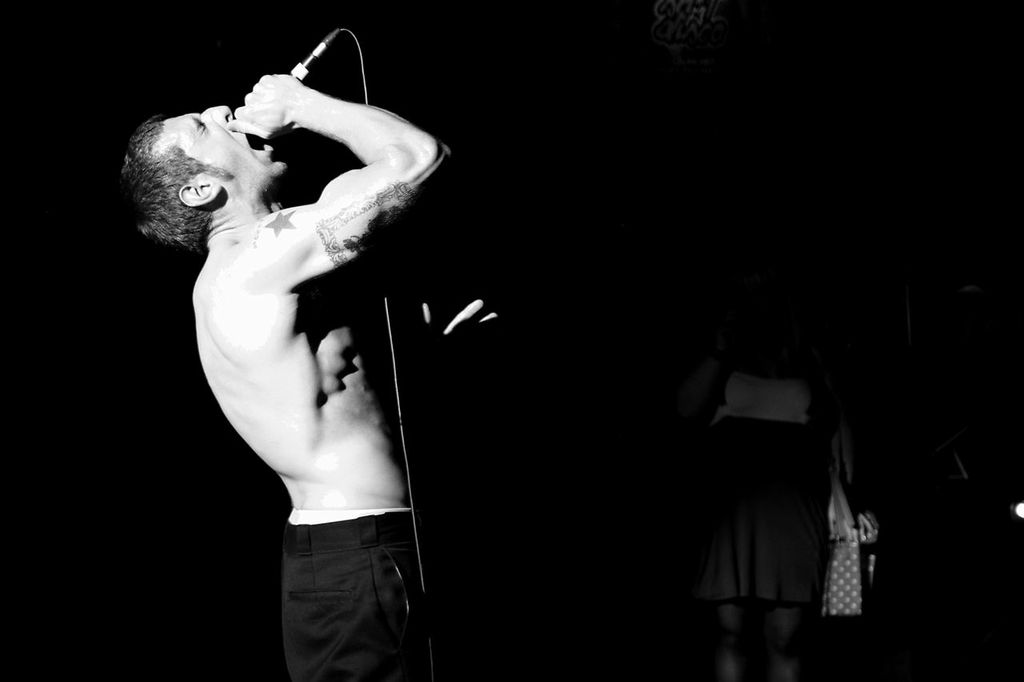 This gig was brought to you by Transmission; a regular showcase taking shape with some interesting and varied line ups drawing a respectable crowd on a nondescript Wednesday night. Belfast-based three-piece Vanilla Gloom take to the stage and start into their rain-soaked grunge pop to open the evening. A band whose name pretty accurately describes their music, the gloomy yet dreamy tone provides a good counter to the high pitched vocals which come across clearly and strongly, especially when delivered by all three members.

Heavily indebted to the sounds of Seattle, with quite a nod to Weezer in the more mid-paced efforts, their songwriting is showing definite signs of maturing through the breaks and instrumental led passages which provide a distraction from the pop-punk creeping into the choruses. The music at times does sound a little unpolished however, and could benefit from a little more attention to the lead yet this is redeemed by the drumming. Grace Leacock (below) is an anchor at the back, glueing everything together and giving it a significant boost through her power and technique. After playing several well-positioned gigs and receiving various gushing reviews, Vanilla Gloom are showing signs that they might catch up with themselves. 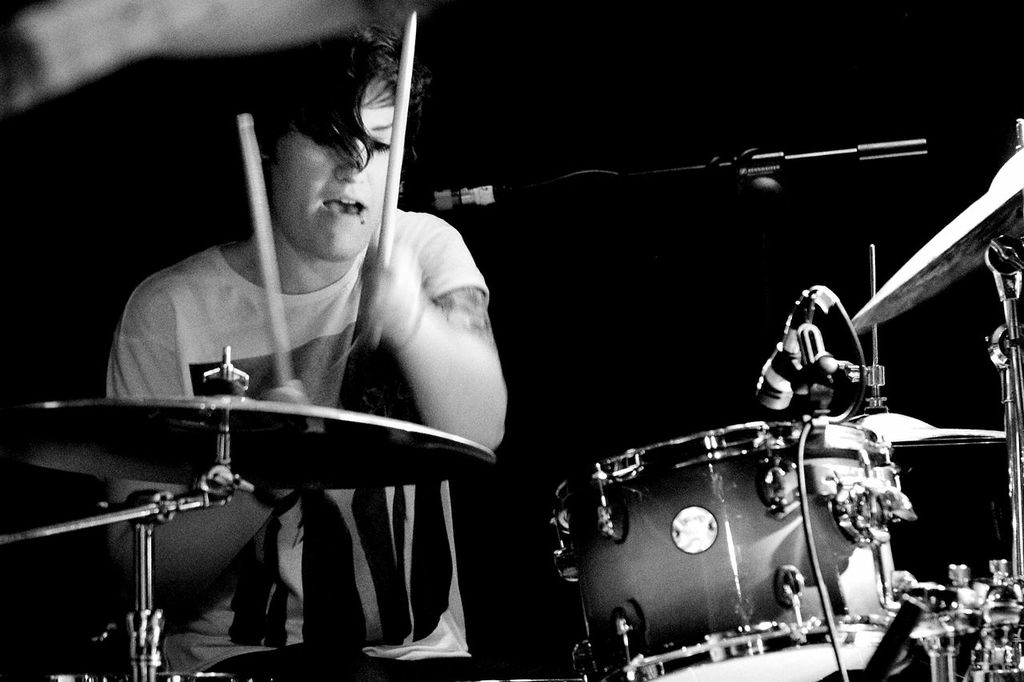 As Lantern For A Gale start to set up, the sight of a Napalm Death shirt on stage is a welcomed rarity. Immediately taking off his shirt and positioning himself in the midst of the crowd, Lantern For a Gale’s vocalist Paul Michael (main photo) paints a pretty clear picture that they are a hardcore band. Despite this hoisting of the flag, there weren’t as many breakdowns as anticipated even though they have a very strong NYHC influence, with lyrics that never stray too far into the one-track mindset of ‘unity’ within which so many similar hardcore bands seemingly get stuck. The riffs are catchy and the songs anthemic with plenty of melody and several technical sections. One of the more energetic performances of late, the band’s energy – from all members – is uplifting and at times almost reassuring. Michael stalks around the front of the stage in traditional hardcore fashion, which isn’t something normally seen in Belfast. While it does get people’s attention this may have lost some of its impact given the space on the floor. Energetic and catchy, in a smaller, busier venue they would really see the benefits of their boundless energy.

It seems like quite some time since Kasper Rosa played in Belfast. A welcome return for one of our more unique bands then, and an appreciative crowd fills out the front of the stage after some encouragement. From the very first song, Kasper Rosa’s sound just washes over you. The cymbal-led drumming flows the songs along while the guitars either intertwine with each other or seemingly attack each other. Many instrumental bands rely on their volume and tone to convey their message and while a slight boost in volume definitely does help their sound, the band creates such a compelling atmosphere that it isn’t necessary. Technically the band are excellent, and this musicianship allows for the crafting of very complex, abstract songs which draw the listener in. Although for all intents and purposes an instrumental band – and primarily referred to as such by dint of their the earlier material – the band does sing, with some particularly impressive three part vocals. 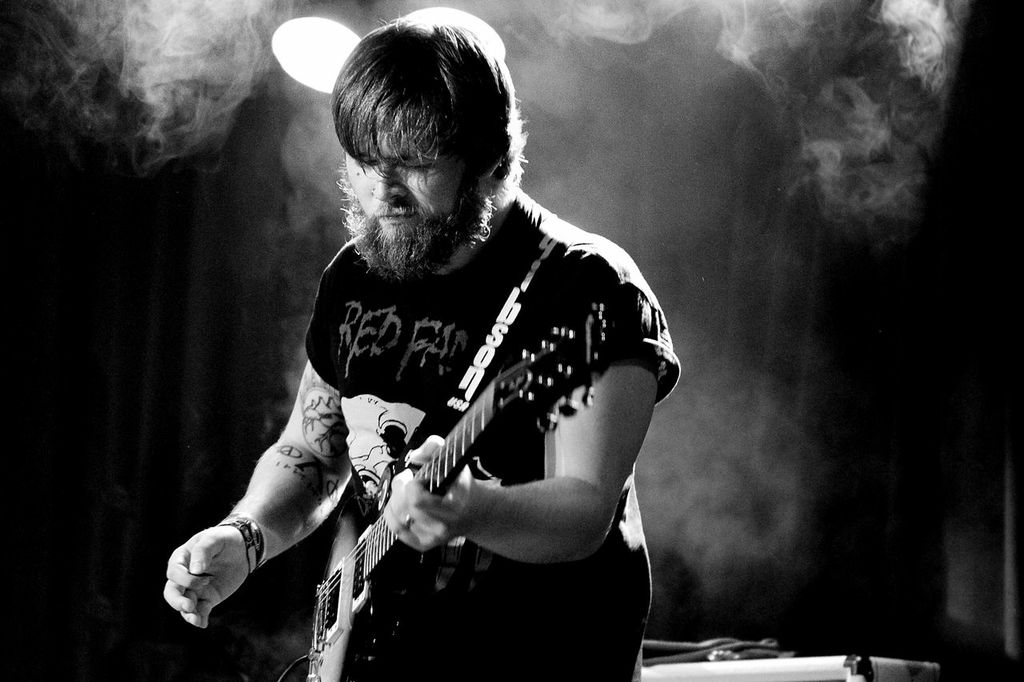 When the vocals do make an appearance they function as essentially another layer. This is beneficial to retaining the instrumental qualification which is such a vital part of their sound and appeal. Hopefully they do not make the complete transition away from instrumental music, as this is where they shine. Absolutely powering through their set, with particularly impressive renditions of material from the latest release Icebreaker,  the band have a ferocity which hasn’t been seen in their last couple of Belfast gigs to the extent that the drummer looked like he was about to collapse. Always a good sign. Conchobhar Ó Dochartaigh