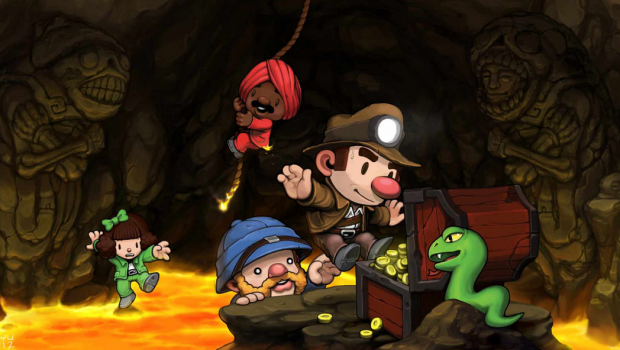 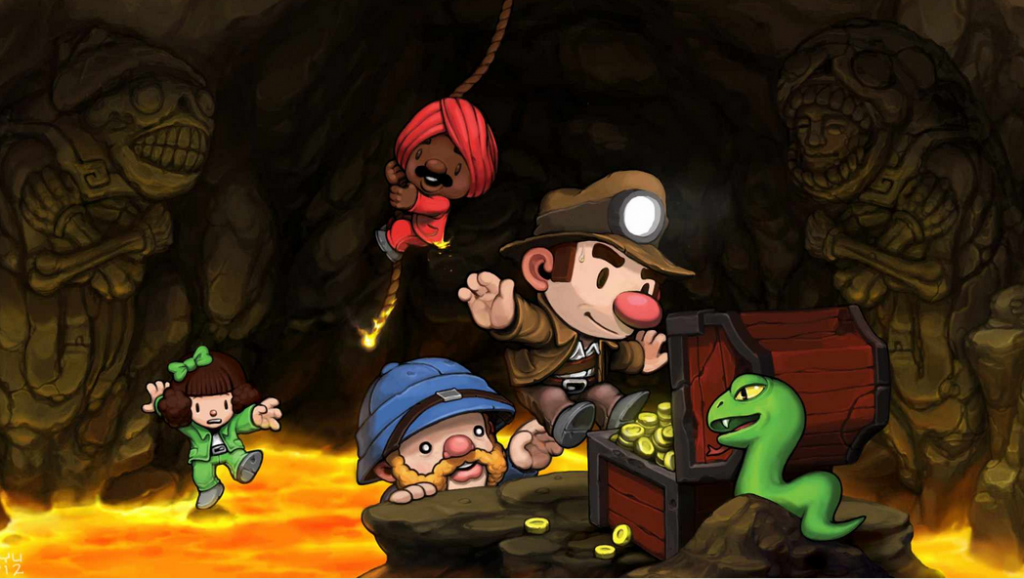 There are, so the internet viral says, so many dumb ways to die. This way of thinking inspires Spelunky, a shamefully retro platformer with a devious sense of humour that manages to bridge the elusive gap between “oh, just one more go then” and “oh, I want to impale my own eyes with my joypad”. Your character, an intrepid explorer in the Dr. Jones mould, can be crushed by a boulder, bitten by a snake, manhandled by a yeti, gobbled by piranhas, melted by an ancient mummy’s noxious breath, brain-fried by an alien’s gaze… the variety of deaths is almost endless, and the occurrence is frequent. So frequent, in fact, that it has led to online spectators placing virtual bets on how the gamer will bite the dust. Bats, it seems, are the most likely option: vicious little beggars who don’t follow predictable flight patterns.

It may seem strange to head up a review with talking about how you will most likely fail but death is an essential part of the Spelunky experience. Like the similarly pitched Limbo andSuper Meat Boy, failure is inevitable and disturbing in spite of the cartoonish visuals. Unlike those arcade releases, however, the true genius of Spelunky resides in the fact that each level is randomly generated. The stages, split into a temple, a jungle, ice caves and, umm, Hell, jumble themselves around every time you play, therefore making the old school strategy of learning the layout of platforms and beasties impossible. It’s a clever mechanic which works very well, meaning that the relatively small play area is fraught with danger each time you hit the replay tab. Further, the sense of achievement when you do clear a stage is tremendous.Spelunky is never lenient or understanding so you have to win its respect by putting in the man hours to train your brain and trigger finger to become accustomed to its way of thinking.

It’s clear to see that Spelunky, recently ported to PS3, is a game designed for gamers by gamers. The love of the art form is palpable in the manifold references to classic titles such as Rick Dangerous, Sabre Wulf, Metroid and Super Mario, and in the chiptune soundtrack buzzing and bleeping in the background. There are also umpteen secrets to discover: try stealing items from the shopkeeper to see what happens. It does occasionally feel unfair: a poison dart will send you tumbling into a spike pit and it’s game over. Chances are that you will respawn before you can draw breath. While certainly not recommended for those with high blood pressure, it will appeal to those who like their games both challenging and desperately cute. Ross Thompson