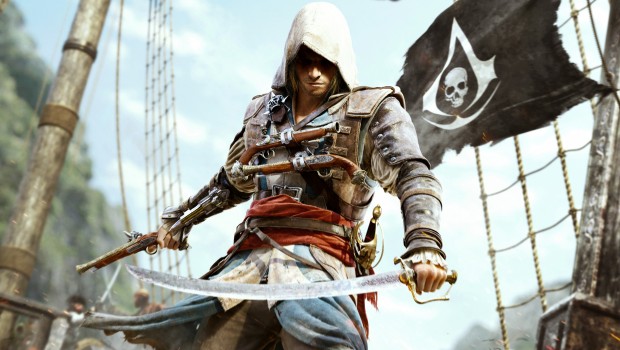 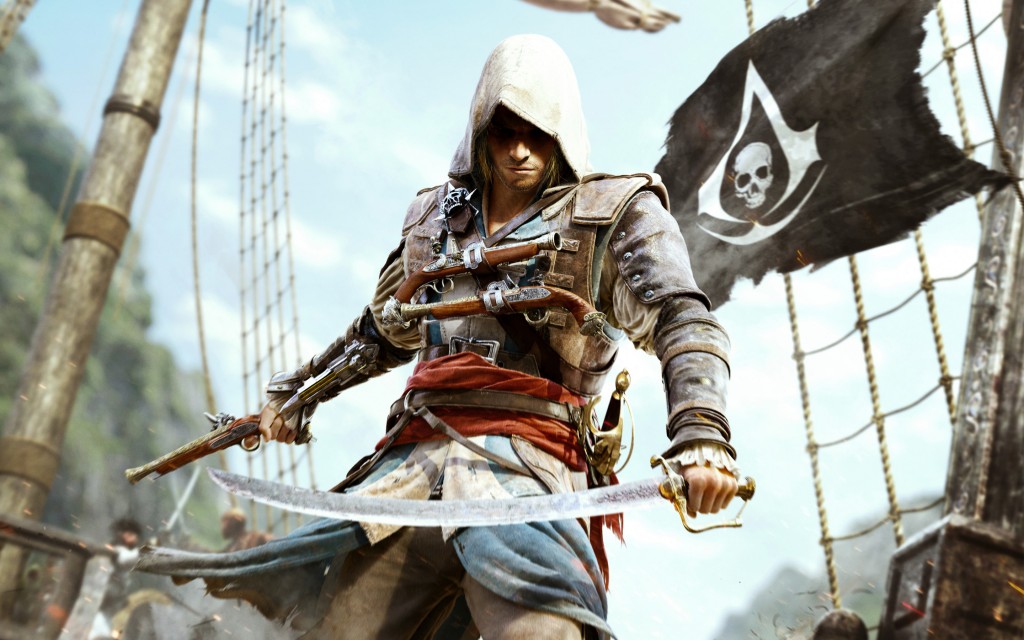 Why are pirates called pirates? Because they just arrrr. It’s an old joke but, hopefully, a good one. Speaking of old jokes, some have accused Ubisoft of stretching the Assassin’s Creed franchise well past its elastic limit, claiming that its storyline of virtual reality, crackpot historical conspiracies and rival secret societies has become too convoluted to offer any enjoyment. It’s an argument that, in a medium dominated by annual rehashes of FIFA and Call Of Duty, does not hold much water and, to happily mix that metaphor, is blown out of the water byBlack Flag. As with previous outings, we are once again given access to the memories of a long dead badass through “the Animus”, a cross between a futuristic psychiatrist’s couch and an ontological mainframe. These memories are played out as missions and quests which in turn open up more memories, and thus the disparate threads of the universe are stitched together.

If this sounds like bunkum it is entirely intentional. Part of the joy of playing AC is its inherent weirdness. Come too close to the edge of an available memory, and the landscape will flicker and wobble with millions of zeroes and ones. It’s a videogame inside a videogame, if you will. Then there’s the incredible eeriness involved in living out a dead man’s fragmented recollections. It’s not an exaggeration to say that AC asks important questions about existence: what we value, what we live for and what we live behind.

Those questions troubled master assassin and silver-tongued ladykiller Ezio Auditore in Renaissance Italy, and now they are troubling Edward Kenway, a cocksure pirate tearing it up in the Caribbean. A reluctant hero, he would much rather spend his time boozing and pillaging, but is gradually dragged into the age-old war against the Templars. The plot may be wafer thin yet it serves as a vehicle for the action. Lots of action. While ACIII dragged its moccasins with endless tutorials and humdrum fetch quests, Black Flag takes no time before it throws you into epic sea battles, brutal street fights and, as the title suggests, missions where you have to hunt down a target and off them in cold blood. Ocean combat is particularly good: it is undeniably thrilling ramming another galleon or decimating it with cannon fire, before boarding and ransacking the burning remains. These sequences are linked seamlessly, lending proceedings a real sense of pace.

It’s not all thunder and plunder, however. Black Flag excels when it is at its most cinematic: steering your craft through a rolling, billowing ocean; tailing a ship through a blanket of fog; taking a diving bell to a half-submerged wreck. The graphics throughout are beautiful, marked by vibrant lighting and an impressive draw distance. Particular mention should go to the water effects, which at all times feels convincing so you may want to get your sea legs before you take a ride. When your vessel The Jackdaw mounts mountainous rogue waves it is difficult not to feel a little queasy.

As with most open world games there is an incredible amount of things to do and see. In that regard, Black Flag feels like a “greatest hits” of AC titles, with dozens of side quests and assassination contracts to complete. A conservative estimate would be that it will take you 50 hours to finish everything, including all of the hidden islands scattered about on the vast ocean (many, many more than in the similarly nautical The Legend Of Zelda: The Wind Waker and the terminal hacking minigames in the “real world” outside the Animus. There are lots of neat in-jokes too, such as surprise cameos and the long email about Abstergo setting their next AC game in… well, you will just have to read that one for yourself. It all gets a little meta at points but the introduction of a tongue-in-cheek, self-referential tone is much appreciated.

Overall, Black Flag is a great package. Yes, there is a multiplayer mode but unlike most modern releases the lion’s share of your time will be spent in the actual campaign. Edward makes for entertaining company throughout, hitting the sweet spot between swagger and self-doubt. With him at the helm, new life has been breathed into what was becoming (yes it’s true) an old joke. It points the series in the direction of exciting new worlds. Ross Thompson