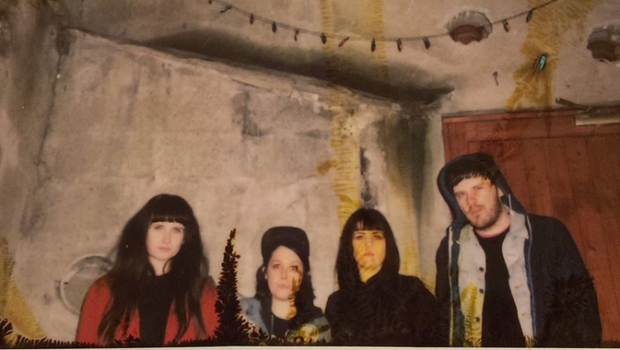 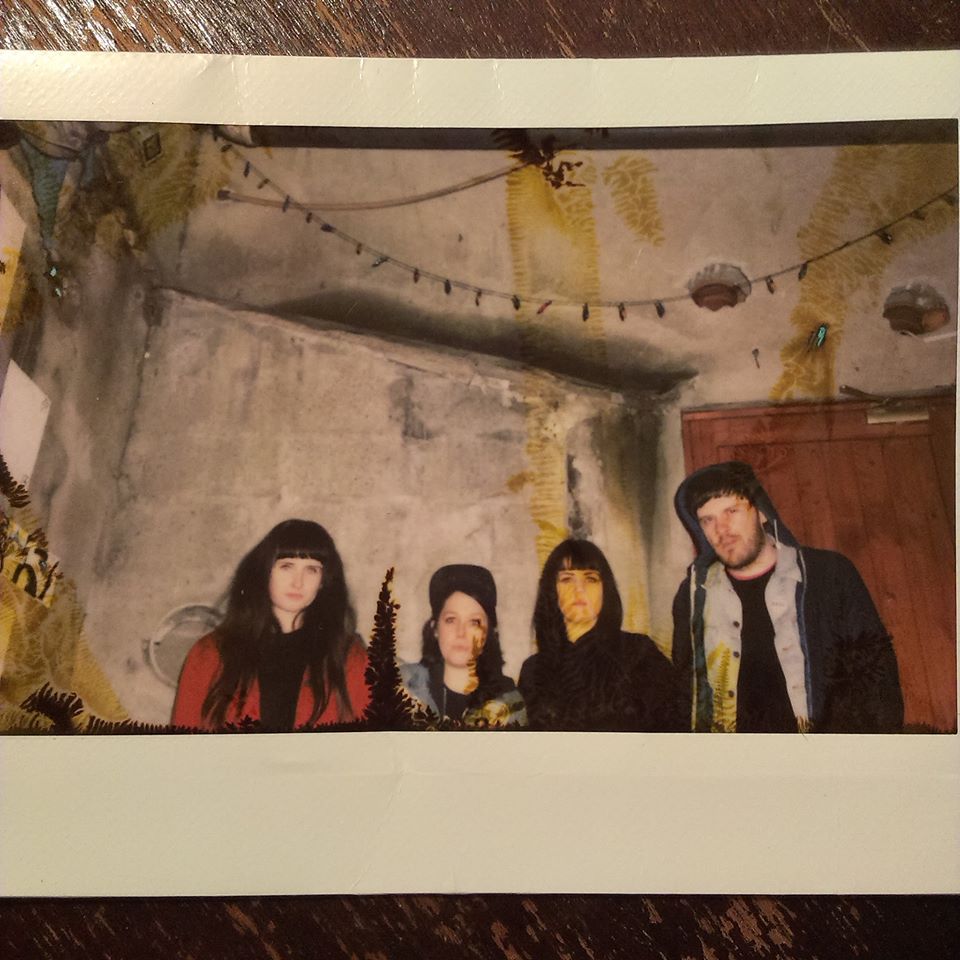 Comprised of members from Belfast and Dublin respectively, Cruising reared their head back in November with a scuzzy, two-chorded burst of overcast garage-rock in the form of ‘You Made Me Do That’. It pricked our ears and spiked our inner eye from the first crashing cymbal, the four-piece’s albeit “early days” vibe positively promising some great things in the making.

Ahead of their debut Belfast show supporting September Girls at the Menagerie on Saturday, February 1, we fired a few questions to band (featuring one or two familiar faces) and they fired some answers back.

Hello, Cruising. Whilst we could be wrong, we suspect you might be named after the 1980 William Friedkin film of the same name. Is this the case and, if so, why Cruising?

Dan Handle: This is the case, yeah. It’s kind of awful and amazing at the same time, like us.

Benzedrine Black: And also because we’re a concept band based around the sole perspective of an anthropomorphised handkerchief soaked in poppers and being passed around people dancing in an underground gay bar which in itself is an examination of the societal issues of the day.

You are a very new-fangled band. Who’s all in the band and how did you come together?

DH: I was in Dublin playing a show and was in the pub after with Benzedrine Black and Sex Grimes and they were talking about doing a band and I was moaning about wanting to do a party type band so they invited me to be in their thing, out of pity probably. Then a while later I was in Derry with Dick Vortex and SG and DV got wind of the whole thing and wanted in on it, and here we are.

What musical (or indeed cinematic and literary) influences have informed your sound at this early stage?

BB. Nothing and everything. No-one brings in anything pre-prepared and everything so far has been written in the (very few) jams we’ve managed to get together for. It’s all very instinctive and that’s exactly how I like it. But I’m sure we sound like shit loads of other really cool, awesome, edgy stuff.

Your debut track ‘You Made Me Do That’ reminds me of White Hills, The Altered Hours and MC5 to varying degrees. Is there a particular sound you hope to capture, or is it more a case of “whatever happens, happens”?

DH: Yeah, I can definitely hear White Hills and MC5 in there. At the moment we have five songs that are playable and they all came about from improvising together so that seems to be how it works.

DV: I’m pretty sure ‘You Made Me Do That’ was the first thing we played when we all eventually got in a room together. It was a keeper.

Can we expect more material over the course of the next months – an EP maybe?

You recently played your first ever show in Dublin, supporting the fantastic Exploding Eyes. How was it?

DH: I thought it was good. We were a bit shy but that’s cute.

BB: It was our first ever gig ever and as first gigs go… yeah it was good. As ‘best gigs in the history of all time ever’ go…. no… not really that good.

Seemingly unconcerned with sonic monogamy, you’re all involved with different bands and colloborative outfits. What sets Cruising apart from these endeavours?

DH: Yeah we’re quite promiscuous that way. It’s different from other bands I’ve been in, in that it’s more collaborative and less serious in general. It’s a recreational band.

DV: It’s really just a chance to mess around and see what happens. Also I get to play guitar in a band now which I’ve been itching to do since I was about 5. I never bothered to learn so I’m just winging it. The rest of the guys seem fine with that which is nice of them.

BB: I always work better and faster in a collaborative environment. It means it’s different every time. I find it way more representative of the sum of the individual people involved and that’s cool – ’cause if I wanted this thing to be just about me and my ideas alone then I’d just work on my own. What makes it different this time around compared to the last band I was in, is that I’m gonna have a new pirate flag tattoo that I didn’t have before. 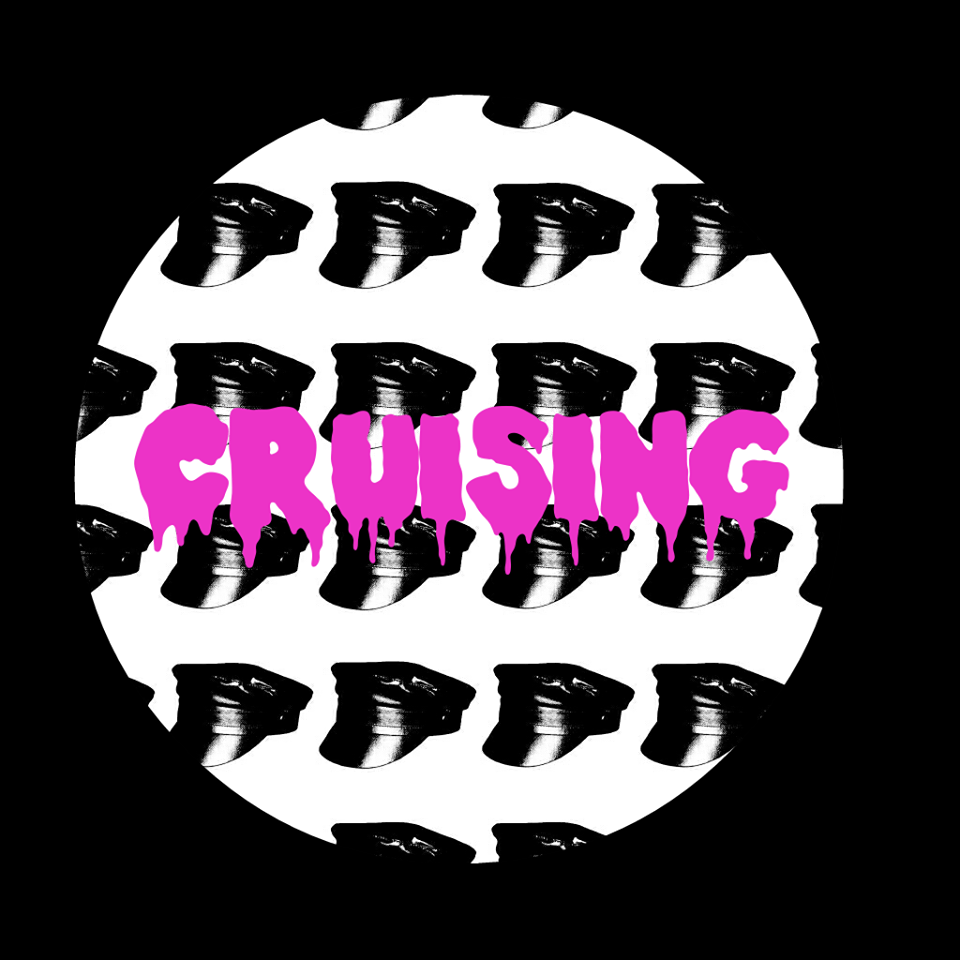 Are you collectively interested in achieving any particular state of recognition or repute – or is writing, recording and performing music enough in itself?

DH: It’s enough just to get together and practice and play some shows right now, but it’s sounding good so far so who knows?

BB: We’re all pretty happy to be just getting together, hanging out, making music and we’ll see how things go. So yeah – chilled vibes and havin lots of fun for the moment and whatever happens happens. Mind you, if anyone leaves or quits, I’ll knife them. Nah that’s not true, they’re all too nice. Hugs not drugs.

Finally, you’re making your Belfast debut at the Menagerie, supporting September Girls, onSaturday, February 1. What kind of set can expect at the show?

DH: About 25 minutes in duration, probably mostly with backs to the audience (apart from SG).

DV: And a solo only a mother could love.

BB: Pretty much the exact same set we played in Dublin – just in case any of our many many ‘fans’ out there are thinking of making the trip up North to support us ‘on the road’.

Win a pair of tickets to see September Girls and Cruising at Belfast’s Menagerie on Saturday, February 1 here.