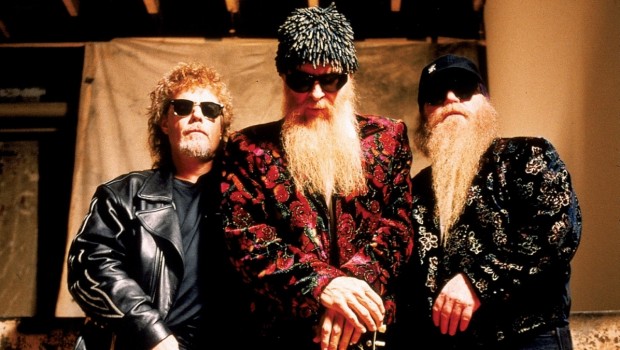 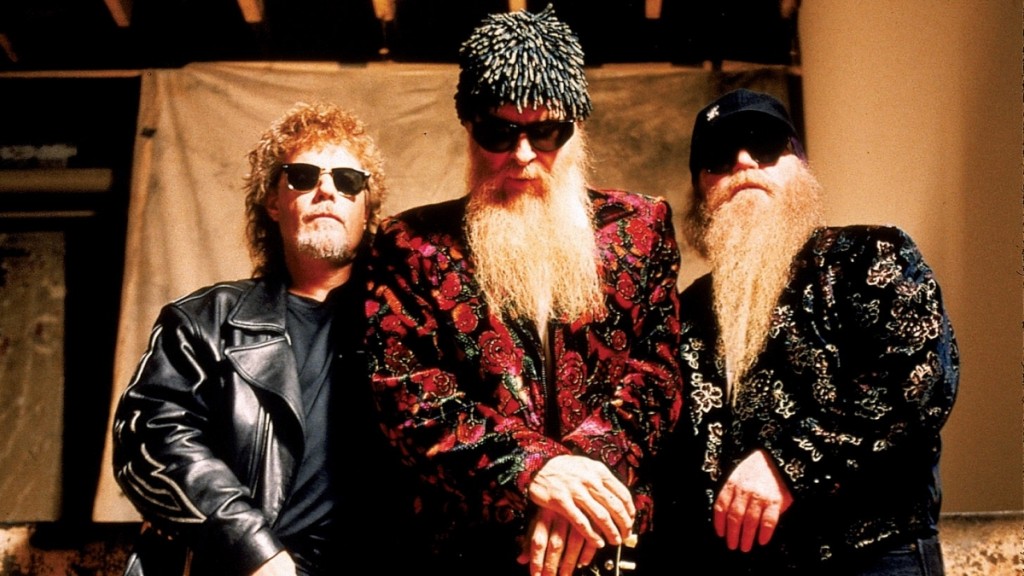 Like a punch in the face, ‘Sharp Dressed Man’ explodes out of the speakers, a sleek, streamlined beast of a song, riding a pulsating electric beat into the horizon. Never mind the suits, the beards, and the cool cars, ZZ Top’s legacy to popular music is making hard rock that you can dance to. Trying to sound ‘modern’ is the kiss of death, but when you do it as good as this, you’re onto a winner.

Eliminator, ‘Sharp Dressed Man’s parent album, kinda came out of nowhere. ZZ Top had been a very successful boogie-rock band, churning out blues riffs, scorching solos, and a hearty stream of double-entendres that kept them in the top 20 album charts for most of the seventies. But, as popular wisdom tells us, punk changed everything, and supposedly this meant that a whole breed of rock bands were rendered extinct overnight. Now, this isn’t quite the case (particularly in America, where punk’s impact was minimal), but if you repeat a thing enough times, it takes hold. And with the music press and tastemakers of the world proclaiming that punk and new wave were the second coming of music, regardless of the commercial truth, most bands sat up and took notice.

Rock bands began to appropriate modern production techniques, with varying degrees of success, cutting their hair, and going heavy on the synths. It didn’t always work (Led Zeppelin’s In Through the Out Door being a perfect example), and so if there’s any truth to the idea that punk changed everything, it doesn’t lie in the commercial world, but rather in the minds of musicians, who always want to be at the cutting edge of things.

So when ZZ-Top decided to throw some heavy synths on their refried boogie, it really shouldn’t have worked. Except that Billy Gibbons, Dusty Hill, and Frank Beard, along with producer and manager Bill Ham, seemed to intuitively grasp how to make these new sounds work with what they already had, creating a completely organic synthesis of mechanical rhythm and dirty rock guitar. ‘Sharp Dressed Man’ pulls of the spectacular trick of making heavy rock fit in the mould of pop, the synth pulse that powers the song and processed drumbeat giving the band a totally contemporary sound, whilst Gibbons’ guitar rocks just as hard as it ever did, snarling and spitting out tight blues riffs. In the battle between ‘pop’ and ‘rock’, usually one has to win out, but for ZZ-Top, they are equal partners in this relationship, and the song duly took the band right back to the top of the charts.

The other crucial part of the puzzle was that not only had ZZ-Top mastered how to make contemporary sounds work for them, they understood why they should work. ZZ-Top are probably the most significant band of the era to grasp that if you’re going to be ‘modern’, you have to go the full hog. Thus, one of pop’s most iconic videos was born, the heavily bearded Billy Gibbons and Dusty Hill donning sunglasses and sharp suits, and ushering in their new mascot – the Eliminator Coupe, a customised 1933 Ford Coupe. Achieving a perfect synthesis between the visual image, the hot sounds of the moment, and the molten essence of rock, ZZ-Top delivered the complete package, and all these years later, it’s hard not to still love them for it. Steven Rainey