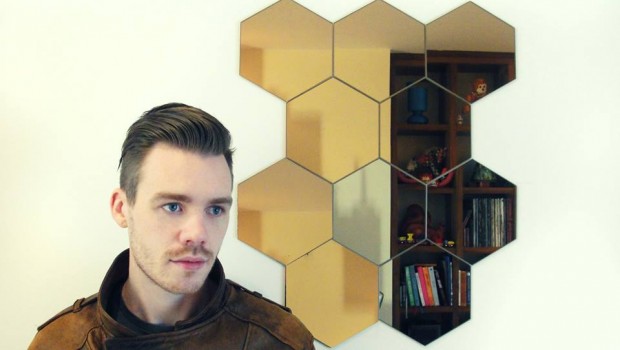 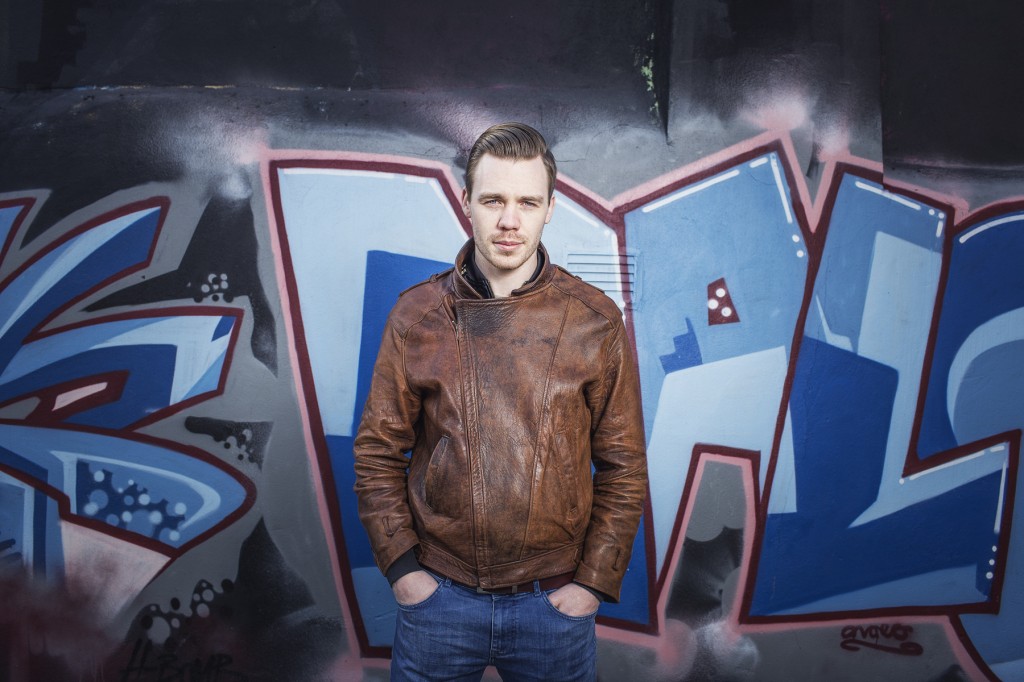 Right now, The Cast Of Cheers camp – with their wonderfully productive love-in with the boys from Adebisi Shank and solo experiments – is one beautiful, hot mess. With Conor Adams’ projects taking in garage rock (Charmers) and electronic tweakery (TVVINS), brother Neil is also ready to step out, but he’ll be doing so as a solo artist under the name ‘Extra Fox’ (formerly, briefly, Kuma Hana), a bedroom electronic project all set to hit the city. With The Cast Of Cheers taking a break from the public eye, the experimentation is clearly oozing freely from a few pores.

For Neil, though, the only thing that’s new about his electronic direction is that he’s releasing his efforts. “I’ve been making electronic music for the past few years.”, he tell us. “I’ve always loved just burying myself in my room and messing about with the magic world of computer music. About six months ago I began trawling through the backlog and had the idea to compile an album from older tracks and new ones I’ve been working on. I don’t really have a clue who it’s for. Anyone who’ll listen is my target audience. I just wanted to put out a selection of tunes that I’ve made.”

Such an inbuilt love of digital musings might come as a surprise, given Adams’ previous releases were heavily focused on math rock. The last couple of years in particular, though, have seen Adams’ computer-driven leanings come to the fore: “I listen to a lot of different types of music. Electronic music is definitely a genre that has garnered a lot of attention from me in the past couple of years though. I remember getting Bjork’s Vespertine when it came out and marvelling at how the sounds on that were created. That was kind of the beginning of me wanting to make electronic music. I love the whole resurgence of all the old analogue synths of the 70’s and 80’s that’s been happening too. There’s something about these instruments that I just can’t get enough of. Guys like Com Truise are really great to listen to if you want to feel like you’re inside an 80’s video game. I love that stuff.” 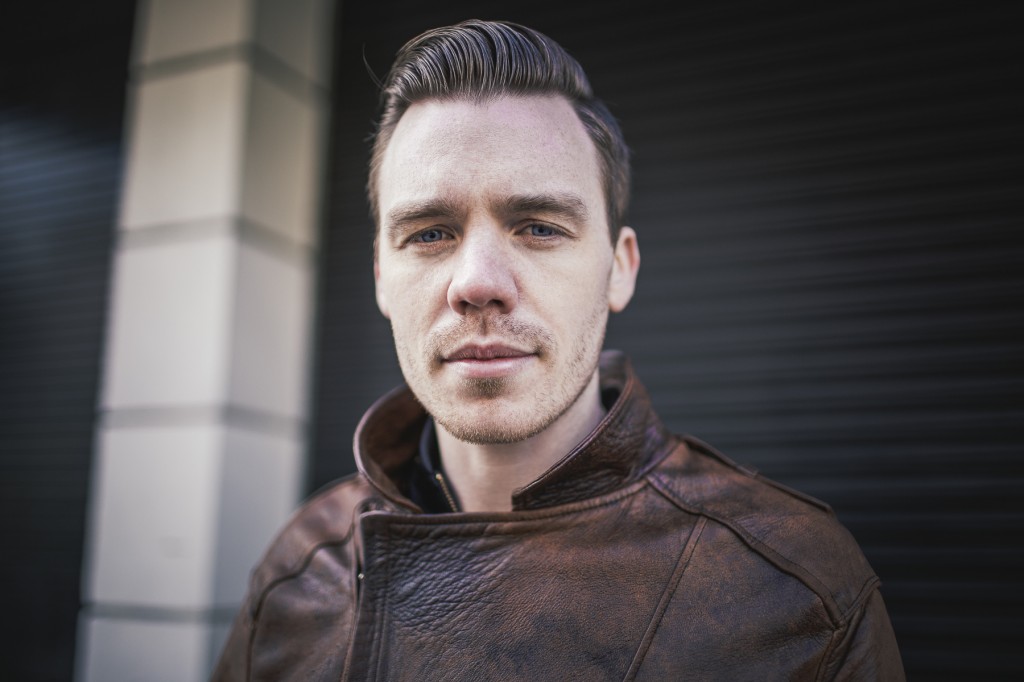 There are influences from Neil’s previous band, though, not least in the promotional style, which proved a massive success for The Cast Of Cheers in their early days. “I’ve just put up the album as a free download on Bandcamp, the exact same way that TCOC did it with Chariot. At the time nobody knew us and all we wanted was for people to download, listen and share the album. It worked really well for us that time and seeing as my goals are the same for Extra Fox at the moment, I thought I’d just do it the same way. There’s no pressure at all with Extra Fox. It’s a very personal project that I really enjoy doing and that’s probably what it will stay like. I have no expectations so there’s no pressure!”

“I love it when making electronic music. I write a completely different way when it comes to this project. I’ll immerse myself in my room for extended periods and set up all sorts of equipment and just play around like a kid at Christmas with all his new toys. Sometimes I get lucky and a song begins to form and then I’ll spent ages trying to finish it. I love starting tunes and hate finishing them. I wish I could just make half-songs…” 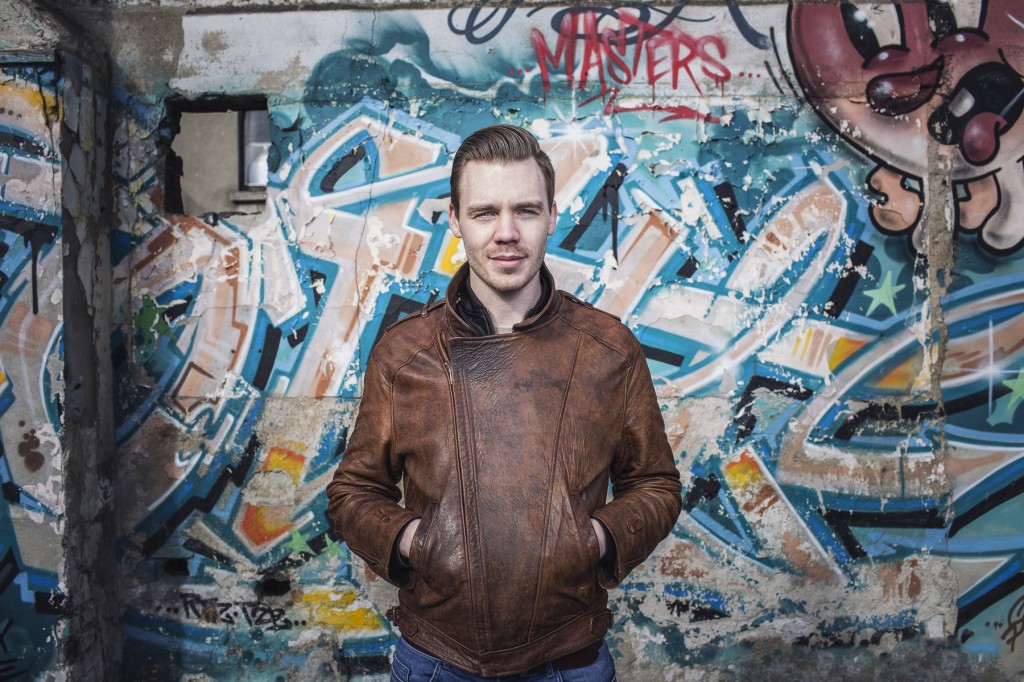 Neil’s evidently managed to finish a few. With the debut album, Axe & Extra Fox, now available to download at a price of your choice over on Bandcamp, the next thing he’s eyeing is setting up a live show. “I’ve been working on some of the songs for a live set. I think I’ll play with a live drummer at the beginning to give the live show more action and I’ll probably have more guitar in the live versions but yeah, playing live is something I can’t wait to do!”

Fortunately, the change of direction doesn’t mean the end of Dublin indie icons The Cast Of Cheers. Instead they’ll be running side by side: the popular quintet’s return is around the corner, and the brothers Adams simply intend to operate their other interests alongside their larger project. “We had some down-time last year when the babies came along but we’ve been writing and practicing for the past few months and are beginning to get demos together now. It’s really cool because after a couple of months break things are really fresh and we’re having loads of fun playing music together again!” The Cast Of Cheers backed up by Extra Fox and TVVINS – a five man, three band show – is a dream that suddenly doesn’t seem all that far off. James Hendicott