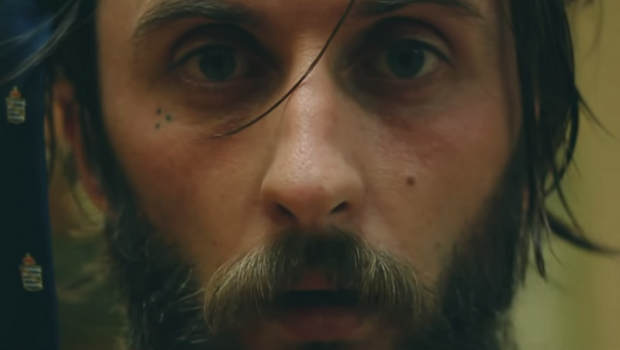 In the grand tenth installment of Frame by Frame, Belfast-based photographer and filmmaker Colm Laverty chats to singer-songwriter Ciaran Lavery and filmographer Richard O’ Connor about the superb video for the former’s ‘Left For America’. Featuring actor Ro Graham as a spontaneously-liberated everyman, the video has charmed thousands since its release two weeks ago, wonderfully emphasising Lavery’s towering songwriting talents.

Richard : I was the guy behind the camera shooting everything you see in ‘Left For America’. I was also on editing duties.

In a sentence, what sets ‘Left For America’ apart from other Northern Irish music videos?

Richie: How it looks, how it feels, how unique and simple it is from most independent artists videos.

Ciaran:  I had seen some of Richie’s work online for his own music videos (Bitter Rocc) and I fell in love with how he shot things and his use of slow motion visuals.  I contacted him pretty much right away.

Richie: We had a lot of really good ideas for this video, Ciaran wanted to keep it very simple which is something I felt was perfect for this one, after much debate on a final idea we finally felt comfortable with the concept of a guy in a suit on his own dancing in an empty room with a spot light on him, I took that and ran with it but changing the theme slightly to give it more of a brighter and softer look, I went with an everyday guy wanting to break free from everything even if it’s just for that few minutes of freedom.

Was it always a conscious decision to stray away from a typical performance video?

Ciaran: I had shot a few videos over the years with a great videographer Paul McParland but I was never comfortable in them.  I’m no actor by any means, I was more like a scarecrow.  I did my homework on what would make me sit through three minutes; sometimes you can’t just rely on the song itself.  Good videos generally stick in people’s memories.  As a kid I was always a fan of Blink 182’s concepts, you were almost always certain the videos would be something special, and at times it almost surpassed the song.  It certainly gave it some longevity.

Richard: Yes, Ciaran wanted to stay clear from the everyday singing to a camera video that we’re all used to seeing.

Richie: The whole video took place in Dublin, in a local community centre near to where I live that houses a dance studio.

Richard: It was just myself and the actor, Ro Graham.

How well do you feel the ‘Left For America’ video reflects the themes and concepts behind the track itself?

Ciaran: The video fits perfectly with the rhythm of the track, it almost bounces along.  It doesn’t tie in with the lyrics but I never felt it needed to.  It was very intentional that the video wasn’t there to highlight lyrics or track concepts, I don’t think people like to be drip-fed in that way.  It’s very open, the video has its own messages that run parallel to the song.

Richard:  The video captures the innocence of the track and the wanting to break away from everything feeling. The concept could be placed under a lot of different musical backdrops but for some reason it fits ‘Left For America’ beautifully.

Richie: Apart from Ro’s body art no there’s nothing hidden in there.

Take us through the process of choreographing and shooting the actor, Ro.

Richard: It was pretty easy and ran so smoothly. I never draw up storyboards for shoots – not even for my own music videos – and I always tend to shoot off the cuff. I keep an idea in my head daydream about how I want it to look at the end then just point and shoot. Myself and Ro have worked together before on videos so we basically just talked about the concept and how it was goning to look. He is always up to doing something different – we literally turned up and just went for it, all the dances moves are from Ro’s personal collection. I can’t take credit for them.

Ciaran:  I think it’s easy when you know who you’re working with.

Richard: Ciaran trusted me to do whatever I felt look best which was perfect for me because I felt more in control and less pressured to produce something to someone else’s standard.

Richard: Editing for me is the more easier part of video making, it only took a couple of hours to put together, I always have the way I want it to look in my head so it doesn’t take long to put everything in place, the colouring starts off very dull and grey then when Ro starts to dance it’s bright and soft to match the change in mood and the feel of the track.

Ciaran: Not at all, I don’t write with a video idea in mind. If I did I’m pretty sure I would go mad in the process

Ciaran: I don’t remember seeing videos of unsigned bands growing up; there just wasn’t really the platform there for them unless you were signed and on MTV or Top of the Pops (showing my age).

Richard: Technology has made it so easy to produce high quality videos nowadays. I’ve shot very high quality videos using only an iPhone – it even went viral among smart phone forums and DSLR sites because people couldn’t believe it was done with just an iPhone. I’m using a Canon 600D – a camera that’s less then €1000 and achieving high quality and professional looking film. If you invest enough time into the craft you can produce videos to a very high standard.

Ciaran: I think nowadays there’s a general feeling that it’s almost imperative to have a music video of some sorts online to be considered a serious artist, and people get that. Nobody wants to spend their savings on a piece of music, then display it in a half-assed way to the world. Music videos of unsigned artists here are so good there’s a blurred line (excuse the Robin Thicke reference) between who’s signed and who’s not, who’s making waves etc. It’s a powerful tool that shouldn’t be under-estimated.

Finally, what would be your nomination for the greatest music video of all time?

Ciaran: Bob Dylan’s ‘Subterranean Homesick Blues’ is still ahead of its time.

Richard: There’s too many to choose from but maybe Kanye West’s ‘Runaway’ short film or anything made for a Michael Jackson song.

Ciaran Lavery launches Kosher with a full band as part of this year’s Open House Festival at Belfast’s Black Box on Thursday, June 19. Priced at £6, go here to buy tickets. 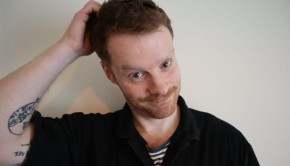