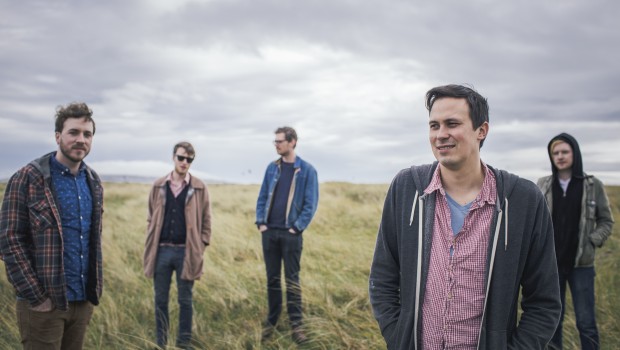 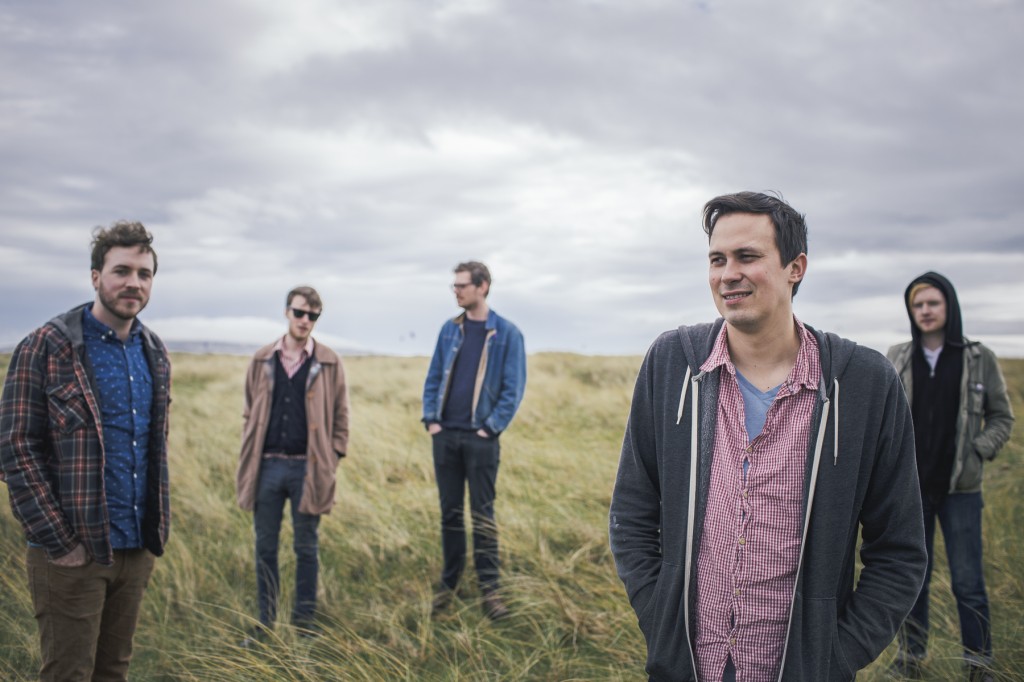 Mark Chester’s Ginnels – a well-loved and lively part of Dublin’s ever expanding DIY scene – describe themselves modestly as “like your dickhead neighbour drowning out your Byrds and Feelies records with his poorly recorded noise ‘jams’ and his stoned mates. Except actually good.” They’re definitely right about the last part. Chester’s scene credentials are substantial, with the vocalist heavily linked in with Dublin record label Popical Island as well as playing roles in No Monster Club and Grand Pocket Orchestra. He seems able to orchestrate a collection of garage rock albums on a budget that’s too tight to talk of, and deal with the big issues in doing so.

Latest album A Country Life, for example, has titles that speak for themselves in the pointed ‘God Botherers’ and ‘Not For Moving’. Like its predecessors, the record’s laden with snappy, roughshod but loveable ditties that win out on feeling and song writing quality rather than concerning themselves too much with recording process.  A Country Life, though, is a marked progression from fuzzy predecessors Crowns and Mountbatten Class. We caught up with Mark to find out what’s new in the world’s most musical closets.

Let’s start with a biggy. You’ve been part of a Dublin DIY scene for quite some time now, with No Monster Club, Grand Pocket Orchestra and now Ginnels. How have the various acts inspired you over the past few years, and is Ginnels a conclusion or just another part of the story?

The great thing about playing in a load of bands is that you get to perform different roles in each, from playing parts written by someone else, through writing as a band and, as with Ginnels, being the main songwriter. It’s nice to have the variation, and I wouldn’t see Ginnels as being a conclusion as I’m still playing with other bands, so I guess it’s another part of the story, so to speak.

A Country Life follows a twenty-track beast in Crowns. At the time of the latter’s release, you described it as being “part good, part pretty bad”. How do you feel about the album in hindsight?

I’m really proud of it actually! I always loved sprawling double albums where the reviews always say something like “this would be a great album if they’d only cut it down to twelve tracks” and I fancied making something that was quite impenetrable and over the top. It was a pain in the neck to make though and I think I went slightly mad in the process.

The Plumes vinyl was something of a summary of your career up to that point. How important are physical releases for you?

Really important. Obviously it’s easier to do a digital release and, to be honest, I’m sure that most people listen that way too, but it’s nice to have an object when you buy something, and as someone who grew up buying one CD at a time, then listening to it to death, I like anything that forces people to abandon ‘shuffle’ and listen to an album in its entirety.

A Country Life seems to be a more complete album than its predecessors, in that it was always intended to be a ‘whole’ album, and adds in proper drums. Did things feel different to you this time?

Slightly, I definitely wanted to make something that sounded consistent and originally it was going to be closer in sound to a sixties’ orchestral pop album like The Zombies’ Odessey and Oracle. It didn’t really turn out that way but that was the original intention. Having live drums was a conscious decision and to be honest I would have recorded them properly on the previous releases if I wasn’t so lazy. 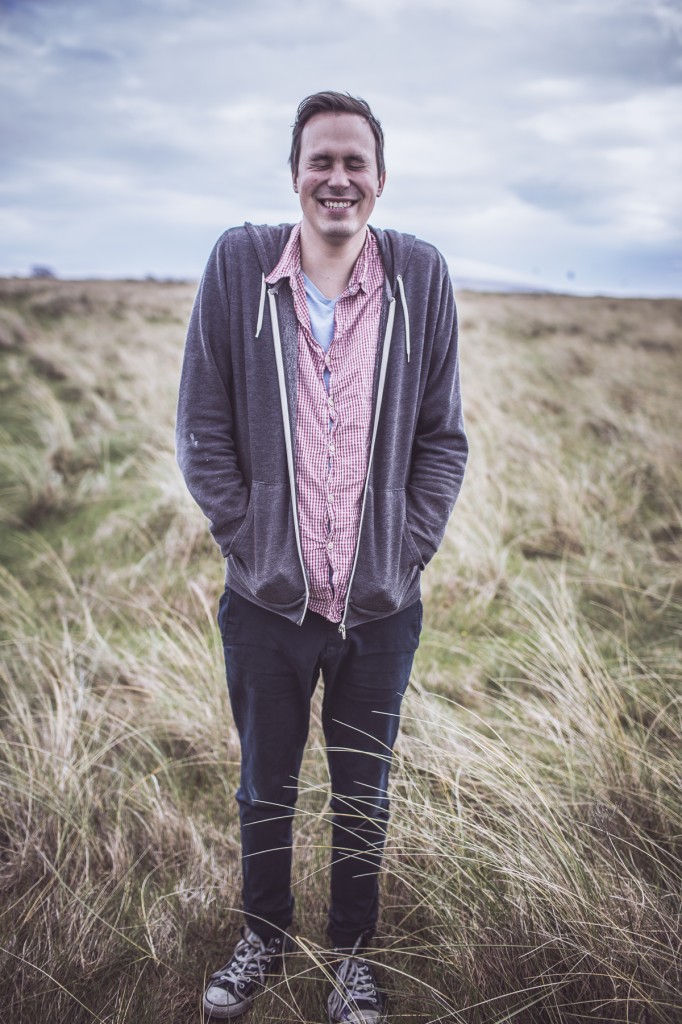 The recording set up has always been incredibly DIY, including cupboard drums and tiny studios. Is that kind of set up part of your sound now, or simply necessity?

Pretty much necessity! I do enjoy doing it that way anyway though and I trained as a sound engineer so I may as well record myself. It’s good for doing things really quickly as I just have a mic, keyboard, bass and guitar set up constantly and can then record parts almost instantly. The cupboard just happened to be the only free room at the time to do drums in and luckily it sounded decent in there.

Given a U2-like budget to play with, what would you do?

Probably the same thing but at a really fancy residential studio with a load of gear. It would probably end up sounding absurd though.

If you had only one track to sum up what Ginnels are all about, what would you direct people to and why?

I would say maybe listen to ‘Woodlands’ and then ‘Ashton Memorial’ on the new album. Neither are singles but they’re probably my favourites right now.

You’re tied in with Madrid record label Tenorio Cotobade. How did that happen, and has it made much difference to life as Ginnels?

I’m not entirely sure how it happened! I think Jorge, who runs Tenorio Cotobade, found the tracks on Bandcamp, but however he came across it, he ended up emailing me and has been great to work with. It’s made a big difference for a number of reasons, firstly it’s meant that we could put out 12” LP’s which were originally beyond our means, secondly we got to play some great Spanish gigs and also, he’s great at distributing the records around the world, which is nice. 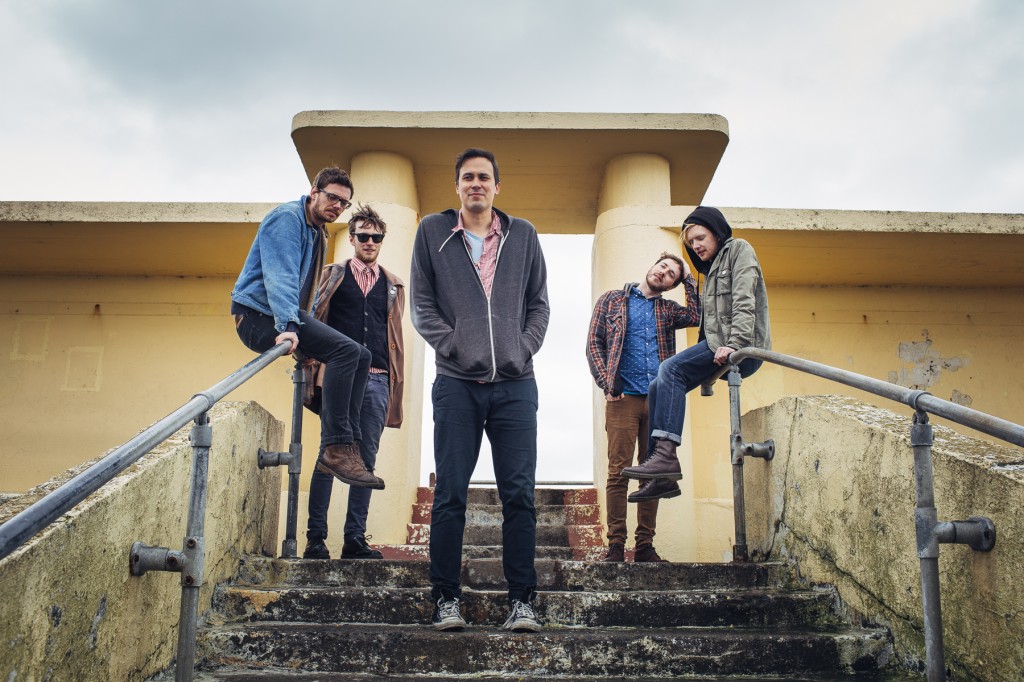 What are the best and worst things about the Irish music scene right now?

Hmm, best is the ‘sense of community’ I guess, something like Popical Island is a perfect example of that, we all help each other out with gigs, releases, PR etc. It wasn’t so much like that a few years ago I don’t think. Worst is tougher, it’s a pretty good place to be in a band at the minute.

The Feelies seem to be a huge love of yours. Why so much love, and what has it changed in your sound?

I do love them. I have probably stolen a few things from them, I just enjoy the lack of histrionics in their records, they have a really nice small, clean sound. That’s so rare in guitar bands where the temptation is to make everything big and loud sounding.

Four albums down: what’s next?

I have no idea! Hopefully some gigs and tours and when I can, another record… James Hendicott

‘My Country Life’ is available digitally – via Bandcamp – and on vinyl now.