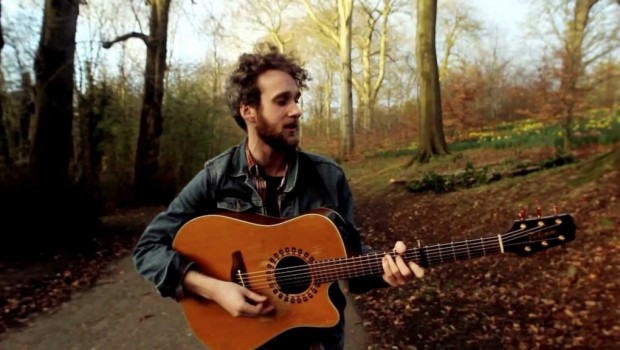 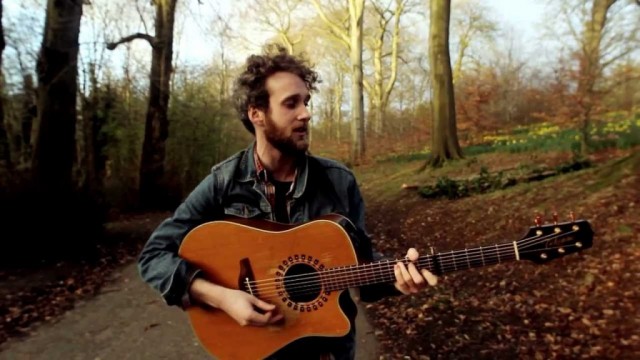 I felt someone step over me in dark. They slipped quietly out the door and it shut behind them with a soft click, extinguishing the thin strip of light from the hallway that had briefly appeared, casting the room back into darkness. I pulled the sleeping bag tight around me and rolled over, negotiating a fleeting moment of comfort with the unforgiving wooden floor. The room was already stuffy with the early morning heat.

I could tell the figure leaving that morning was tense, and I was the reason. I couldn’t blame them. They had generously offered their floor as a space to lay my head until I found a place to live, but we were at the tail end of the second week of cohabitation and I’d yet to find a place of my own. To make matters worse, what money I had left could be jangled in my pocket.

Unable to sleep, I got up and threw on my creased jeans and t-shirt, gave my hair a courtesy brush with my fingers and grabbed my guitar case. I headed out, five stories down, through the brilliant marble foyer and out into the white October sun.

Madrid heaved in the early morning. Sounds far and near combined in a frantic soundscape of city life that shook off the cobwebs of the night. I stopped for some fruit and water at a corner vendor and tried to get my my bearings. I knew where I wanted to go, but had no idea how to get there. I rounded on the street that had an entrance to the Metro: Delicias (yellow line), and jammed my hands in my jeans pocket. The energy sapped from me when I retrieved it’s contents: less than a euro in cent and two chewed plectrums. I’d spent my last euro on a meagre breakfast, now I had nowhere to go and no way to get there. I spoke no Spanish before I landed in Madrid and felt like I spoke even less two weeks in. My Tyrone accent was proving a hindrance during any communications in English as well. Not for the first (or last) time I gave myself a verbal dressing down. ‘What the fuck are you playing at?’

A few nights previous I’d be drinking with Benny, an artist from Omagh I’d lived with in Belfast briefly, who’d also left Ireland on a whim. He cut through the beer soaked conversation on the balcony of the apartment in a moment of sincerity.

‘ I think you’re mad to have left. The band was great.’

I was jaded after struggling to make the next step in the path we believed to be on. We’d missed out on festivals and the single we’d released hadn’t received the reaction we had anticipated.

‘Just needed a break from it for a while.’ I replied.

‘Then why’d you bring that yoke?’ he asked, nodding to the guitar. I had no response.

I sat on the curb of the street looking at the guitar case now and I resented it. I wanted to put my foot through it and be done once and for all. Instead, I grabbed the handle angrily and marched with purpose down the metro staircase and into the station. The train was just pulling in and there was no-one waiting on the platform. I took a quick run and cleared the turnstile, clipping it loudly with my case, alerting the security at the desk. I bolted onto the train and made my way to the back carriage. As the doors closed I could hear the security shout after me. The occupants of the carriage glared at me. I kept my head down and took a seat. A few stops later I switched to the red line and soon I was where I wanted to be: Retiro park.

On days like that, Retiro Park’s lake shimmers in the sun, and it’s grounds shimmer with tourists, natives, students, children, hippies, hipsters, the homeless and the homely, all strolling the grounds or resting in the welcoming shadows of magnificent statues. Boats of lovers row around the lake and the ducks approach the sides for castaway crumbs. I found a space at the edge of the lake between the fortune tellers and the puppeteers, slipped my guitar on, took a chewed plectrum between my thumb and finger and began battering the strings of my guitar. I sang out of desperate necessity, giving everything I could muster.

Busking is the art of fanciful begging. You have to play harder and louder and implore people with your eyes and body language. It’s difficult and tests the confidence of the most accomplished performers. In this instance, I opted to exhaust The Beatles’ back catalogue. The Beatles are a universal language. Eventually coins landed in my case like sporadic drops of rain before a storm. The clouds never broke, but I earned enough to buy some groceries to tide me over.

When I could play no more I packed up and wandered the city aimlessly, avoiding the apartment as not to impose on the generosity of the tenants. As the day darkened I sat under a tree by the Templo de Debod in Parque del Oeste. I fell into conversation with two Argentinian girls whose dog had taken a notion for me.

‘Are you a musician?’ one of them asked, spotting the guitar case I was resting against. Before, when anyone asked what I was, what I did for a living, I would bow my head, shuffle my feet and mumble a half response. Whatever menial job was paying my rent that month was the answer I offered. I was always embarrassed to define myself as a musician, by a passion that yielded no profit, as if I was a charlatan that held himself above everyone else in some artistic regard. Now I had left Ireland and given music up, that wasn’t going to be a problem anymore. Busking that day was just a necessity.

‘Yeah, I suppose I am a musician.’ I replied. Michael McCullagh (Meb Jon Sol) 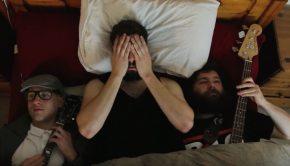