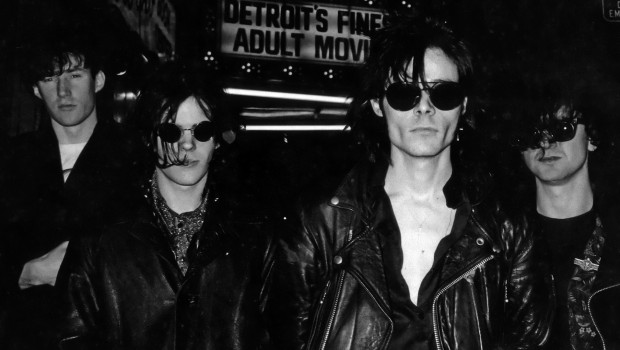 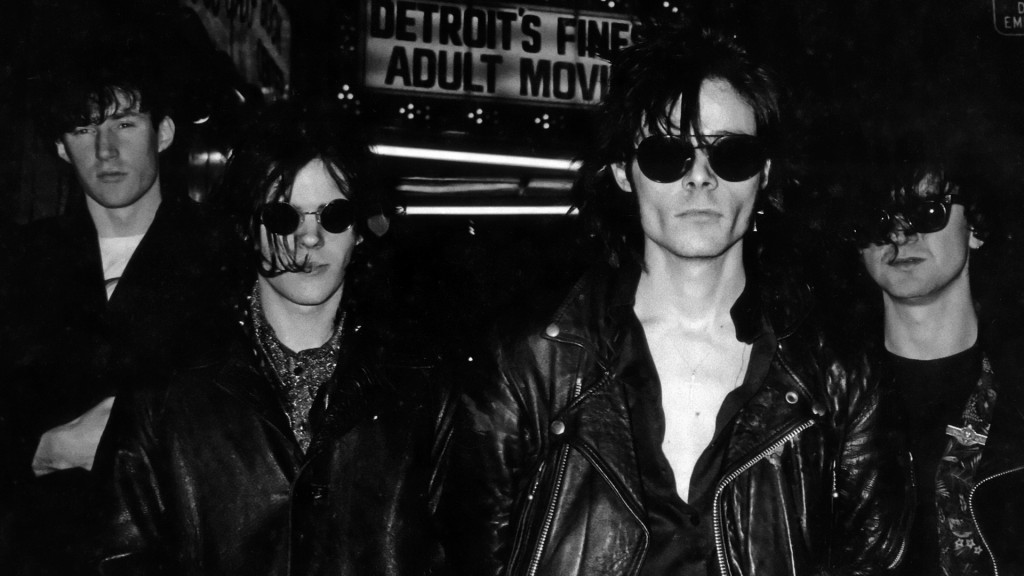 Incredibly, the Sisters of Mercy have not released any new music for twenty-one years. Their last release was a compilation entitled A Slight Case of Overbombing back in 1993, which featured one new song, and since then they’ve been silent. However, unlike My Bloody Valentine or Guns ‘N’ Roses, who also left epic gaps between records, creating a mystique that sustained them, The Sisters of Mercy have disappeared into the realm of myth or legend, forgotten by all but the most devoted few.

But a cursory look at the period they were active shows that they were a Big Deal, an underground band that were defiantly mainstream. Between 1980 and 1993, the band had an onwards trajectory that took them straight from the post-punk scene, right through the dreaded goth underworld, and smash bang into the centre of the top ten. For a band who dressed like a bunch of undertakers and used so much dry ice on stage that they only appeared as shadows, the Sisters scored a remarkable six top twenty singles, and five top twenty albums in the UK.

Released back in 1992, Some Girls Wander by Mistake, a compilation of their singles between 1980 and 1984, was the Sisters’ commercial heyday, hitting No. 5 on the album charts, with the attendant single, ‘Temple of Love (1992)’ peaking at No. 3. Despite this public visibility, the game was almost over, with negotiations between the band and their record label grinding to a halt, resulting in a long silence. Since then, a band called ‘The Sisters of Mercy’ has been touring, with surprising regularity, with no sign of new material ever emerging.

This is all ancient history, of course, but it remains a compelling enigma, how such a strange and unusual band could make such an impact commercially, then drop off the face of the earth, whilst enjoying a strange second act as a ‘live’ band, playing songs written over two decades previously on an endless loop. As their endless tour continues, there seems no answer to the question, “Whatever happened to the Sisters of Mercy?”

The one man who could shed light on this chooses to remain silent. The sole original member – arguably the only real member the band has ever had – is Andrew Eldritch, a man with a reputation for being obstinate, difficult, and contrary. Back in the late ‘70s, he formed the band in Leeds, originally playing drums and releasing a Gang of Four-esque single, before assuming complete control of the band. Under his aegis, they evolved from a shambling post-punk band, into something darker, all drug references, echoing guitar, and Spaghetti Western influenced music. In later years, they’d come to be called Goth, an appellation they railed against, whilst epitomising totally.

The music collected on this compilation covers this evolutionary period, capturing a time when a band could grow up in public, defining and redefining themselves. That first single, ‘The Damage Done’, rides a jittery rhythm, always sounding like it’s about to fall apart completely, but somehow managing to hold it together until the end of the song. It’s a curious noise, and one the band quickly moved away from, their 1982 follow-up ‘The Body Electric’ giving a sharper example of the sound they’d hone over the next few years.

This is a band that owed a debt to John Lydon’s Public Image Ltd and Ennio Morricone in equal measure, twangy, distant guitars rattling over tinny drum machines and deep, growling bass. The drum machine would come to be the centrepiece of the band, christened ‘Doktor Avalanche’, and remaining Eldritch’s sole companion over the years. Along with the drum machine, the other defining feature is Eldritch’s voice, a hollow moan, something simultaneously deep, but lacking depth. It’s like the last gasp of air forced out of the lungs of a corpse, profound but empty.

By the release of ‘Alice’, it’s obvious that The Sisters are something special, and it remains one of the jewels in their back catalogue. They’d ceased to be an ‘idea’ by this point, having truly settled into being a real band, Eldritch accompanied by Gary Marx and Ben Gunn on guitars, and Craig Adams on bass. Together they dispose of all their clunky early steps, metamorphosing into something darkly erotic, and surprisingly nasty. Eldritch alternately croons, cajoles, and coerces, whilst Adams shreds the speakers of your record player, his bass sound equal to a razor blade on your synapse. The guitars shimmer and coil around each other, and it careers towards a swirling finale. People started to take note, and the band became an important mover and shaker in the British underground scene.

Other releases followed, The Reptile House EP almost acting as a snappy manifesto for what they were about, a shamanic totem for the fans, but it’s their last single of this early era that provides the key for what would come next. ‘The Temple of Love’ is epic, despite sounding as if was made with a budget consisting of change left over from the bus fare. Thin and weak though it may be, ‘Temple of Love’ is overtly ‘rock’ music, sliding a long on a killer riff, with Eldritch bombastically declaring lines like, “With a fire from the fireworks all above me, with a gun for a lover and shot for the pain at hand” as if it has some deeper, spiritual significance. Which, who knows, maybe it does.

After this, record contracts and bitter arguments ensued, with new guitarist Wayne Hussey transforming the band from the dark, rattling mumbles of yore into a shiny, psychedelic beast, before getting the boot in one of the all-time great rock falling outs. Hussey formed The Mission, Eldritch resurrected The Sisters, and both had a slew of chart hits, and bitchy fights in the press, occasionally making up, and falling out when the mood suited them.

And then, in ’93, The Sisters embraced silence. Eldritch, whilst never shying away from commercial success, wasn’t someone who was overly interested in ‘Playing the Game’, and had become increasingly impossible to manage, from a record company perspective. The details are predictably labyrinthine, but essentially The Sisters of Mercy went on strike from their record label, and never released another note.

Time marches ever onwards, and to a large extent, The Sisters remain frozen in the early ‘90s. Their worldview was almost hilariously bleak and paranoid, but one finds echoes of it everywhere in the modern age. Many acts have touched upon aspects of their music, their willingness to embrace pop or dance, their ability to rock, their cynicism toward the music business, but none have ever truly sounded like The Sisters. And as such, the world moved on without them, leaving them forever waiting for the big punchline, the dramatic finale that they so obviously looked forward to.

Some Girls Wander by Mistake is occasionally a difficult listen. Some of it hasn’t aged well, and some of it sounds quaint by today’s standards. But – BY GOD! – no-one has ever come anywhere near close to capturing their magnificence in the years that followed, and for that, we applaud them. So when Eldritch is onstage now, still accompanied by faithful Doktor Avalanche, allow yourself to be transported to a different time, and a different era. And just imagine the possibilities. Steven Rainey