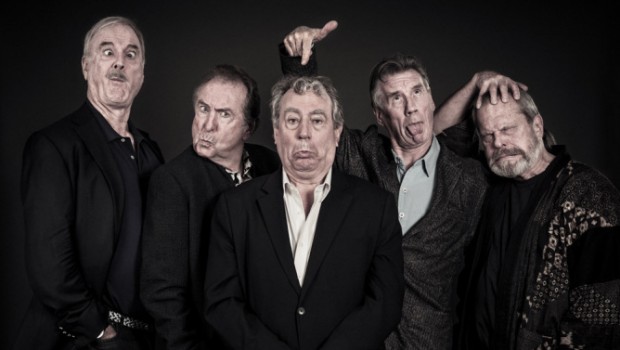 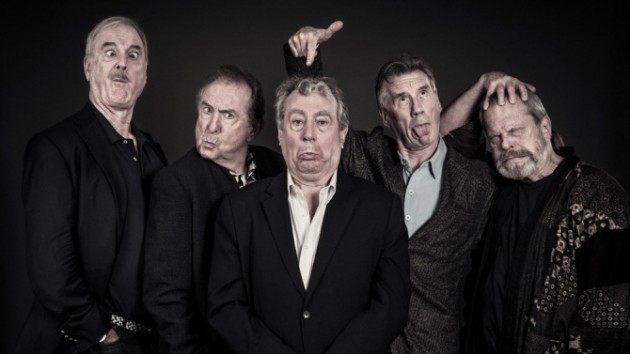 I write in reference to an article published yesterday on the Belfast Telegraph’s online Opinion section, by editor Mike Gilson. Today’s topic was that of Monty Python Live (Mostly), the group’s first major reunion since 1983’s Meaning Of Life, their string of performances at the O2 in London, and, specifically, the simultaneous broadcasting of the closing night across 450 of the UK’s cinemas (July 20) – a theatrical teaser trailer of which Gilson had the misfortune of witnessing with his own naked eyes.

Before I continue, I’d like to clarify that my intentions, as crass and insulting as they may appear, are not those of a derogatory manner towards Gilson or his publication. I’d even consider this an “open letter” to Gilson, if only the term hadn’t imploded under its own weight sometime around October 2013. Nevertheless, I hope to present a number of discussion points concerning yesterday’s article using constructive critique and varied sources to help strengthen my argument – something which Gilson not only failed to do, but at one point even claims he “can’t be bothered” to do.

Boldly titled “Monty Python toffs about as funny as a dead parrot: Not funny, never have been and never will be”, Gilson’s article details a recent cinema experience where, upon waiting for “brainless” comedy 22 Jump Street to begin, a screen full of younger filmgoers were baffled by the Python preview. 70-year-old men re-enacting classic sketches and routines from their golden days, Gilson claims, “[is] a mass deception forced on the population and no one dare says otherwise, because the Establishment has given it the thumbs-up”.

A daring assertion, no doubt. When one considers the undeniable truths behind such an event, it is indeed difficult to approach it without some degree of cynicism. The five remaining Pythons, now bus-pass wielding pensioners (with a combined age of 357, as boasted throughout the reunion’s marketing), physically won’t be able to deliver many of their definitive performances with the same youthful vigour and energy that made Flying Circus such a breath of fresh air 45 years ago (Cleese’s silly walk comes to mind, considering his hip replacement in 1999). Despite this, putting together ten sold-out shows in their Autumn years, fuelled solely by nostalgia, fan-service and shitloads of money (much to the delight of Eric “Greedy-Bastard” Idle) is no mean feat whatsoever.

The Rolling Stones are also guilty of this, and Python are well aware of the similarities.

The stone-faced filmgoers in Gilson’s cinema screen were, simply, not the right audience. I’m not very familiar with the Jump Street films, but if they are “dumbass”, “slacker” comedies about idiotic Americans as Gilson states, the Venn diagram isn’t likely to show much overlap between it and Python – a series lauded for its playfulness with words and intellectual concepts, meta-humour and abstraction of the normal conventions of television and cinema. Though Python’s 1970s routines may seem tired and banal by today’s standards, ripples of their comic sensibilities and approach to writing can still be seen in many modern comedies. I can bet that, at some point during their careers, even the writers and directors of the Jump Street films, which Gilson found so side-splitting, felt the ever-present influence of Python.Who knows, maybe they just hadn’t seen people over the age of 60 on the big screen before.

Nevertheless, you can’t make the intrepid assumption that Python are not funny on the basis of one very selective group not-laughing, and to claim that they have never been funny is to ignore the countless comedians, filmmakers, writers and actors who all hold Mssrs Chapman, Cleese, Gilliam, Idle, Jones & Palin in high regard as some of the most influential icons of the twentieth century.

Without Python’s influence, the careers of Matt Groening, Chris Morris, Stephen Fry & Hugh Laurie, the late Rik Mayall (or is that ex-Rik Mayall?), Graham Linehan, Trey Parker & Matt Stone, Stewart Lee, and even Maggie Thatcher (maybe not so much) may have been drastically different. But what do they know, huh? They all need to see a doctor.

I’m not saying Gilson isn’t entitled to his opinion, especially when said article appears in the aptly-named subsection of the Belfast Telegraph website, but his use of sweeping generalisation gives his one-sided discussion a bad aftertaste. Gilson suggests very few alternative comedians or filmmakers that he does find funny, so it’s difficult for one to draw an conclusion about his personal preferences based on something he’s not-at-all fond of. Does Gilson enjoy the works of Charlie Chaplin? Mel Brooks? George Carlin? Or is he more likely to line up for Mrs Brown’s Boys D’Movie upon his next cinema outing? None of these things are mutually exclusive, of course, but some reference is needed as to contextualise the author’s bold statement. A constructive argument is an attempt to explore a number of alternating and opposing views in order to reach a balanced conclusion or provoke further discussion (No it isn’t). What we are presented with is biased, rash and, dare I say, lazy. “Cant be bothered” is a phrase that shouldn’t ever be uttered in the world of publishing.

The real issue, perhaps, lies with the poor level of journalism coming from such an esteemed source. I acknowledge this isn’t exactly a Stormont-worthy discussion, but it is a subject that is dear to me, and I’m sure to many others like me, who found pleasure in the weirdly absurd world of Monty Python’s Flying Circus and subsequent films. Their reunion is a momentous occasion to celebrate the life’s work of five of the greatest living comedians (and one dead one), and to have it pawned off by a national publication from a single cinema experience is very disheartening.

Monty Python Live (Mostly) is reportedly a huge success (at the time of writing, the first five shows have been met with very favourable reviews (mostly), which raises the anticipation for the live cinema broadcast to a fever-pitch. Who knows, the whole thing could turn out to be a horrible drooping mess, and Gilson will be proven right. At the end of the day, does it really matter? Fans get to see their heroes re-enact some of the most famous sketches in comedy history, the Pythons get the send-off they’ve always deserved and Eric Idle has lots of money – one lousy opinion isn’t going to change anything. Colm Laverty