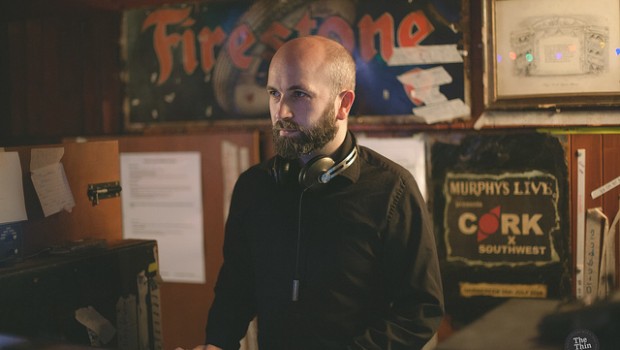 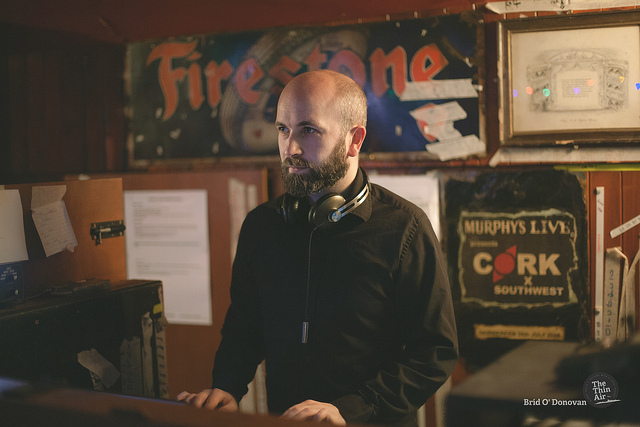 In our fifth installment of Front of House, we chat to Cork native Ber Quinn about his life as a sound engineer in Dublin and his current work with Villagers. Photos by Brid O’Donovan.

Hey Ber! Can you tell us a little bit about yourself?

Hi! I’m a Cork man living in Dublin on and off for the last 7 or so years. As a live engineer, I mix front of house sound for Villagers, The Magic Numbers, Cathy Davey, Wallis Bird, Duke Special and a German classical ensemble called Stargaze. I’m also a studio engineer fighting the tide of click tracks and over-editing.

When I was around 14 I discovered MIDI sequencers through an interest in Nine Inch Nails. Someone gave me a floppy disk (!) full of MIDI files of mid-nineties tunes (I remember there being a lot of Smashing Pumpkins and Bush) and I devoured them. Through that I learnt to program MIDI and multitrack in my bedroom and that led me to doing a music course in Coláiste Stiofán Naofa. From there, I started working in local venues until 2007 when I began working with Cathy Davey. I moved to Dublin to capitalize on that, worked in the Button Factory for a bit and made a conscious decision to go completely freelance in the middle of 2010. I’ve been working full time as a live engineer for 11 years now. 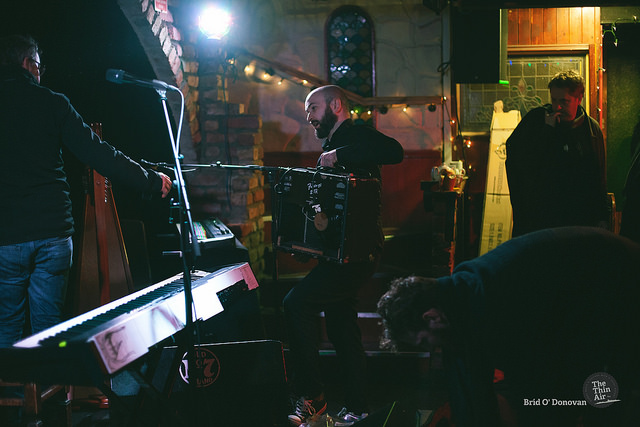 How does your job differ from venue to venue? Describe your typical work day.

In theory, it shouldn’t differ really. I do a lot of prep work before gig day to ensure that everything is as consistent as possible for the band. For instance, I have a tour coming up with Villagers and part of my prep work is having showfiles prepared for each model of digital desk we’re likely to encounter so that when we get into the venue, I can focus on the important stuff.

Typically, the gear gets loaded in at 3pm.

After load-in, I split the soundcheck into two halves, system and mix. I’ll play five or six different carefully selected songs through the system to check how it sounds and how evenly the audio is dispersed. I’ll make adjustments to the EQ of the system and talk with the house crew to add extra speakers if I feel areas are not getting enough sound (typically right at the front).

When the band comes out, I like to minimize the effect that the PA/room have on the mix by listening to the first song purely on headphones. I’ll make any small adjustments to EQ/compression whilst listening on cans and then I’ll turn the PA back on. In an ideal world, the PA mix should sound identical to the headphone mix. Any differences between the two, I’ll address by focusing on the PA EQ.

After soundcheck, we all go for dinner, relax for a bit and then it’s gig time!

Once the gig starts, I focus entirely on mixing the band. I use a lot of effects and I’m probably the opposite of a set-and-forget engineer. I obsess over the blend of the backing vocals or the tone of the bass but I try to never lose the big picture. My headphones are my best friends during the gig.

You are about to go on tour with Villagers and not for the first time. Can you tell us a little bit about your experiences with them and what’s it that like to be on tour?

I’ve worked with Villagers since their very first gig and I’m delighted to still be part of their crew. Conor is great to work with, he has exceptionally high standards of what the gig should sound like and that’s pushed me to be a better engineer through the years. Touring with them is a joy; it’s basically like a working holiday. Working with them has brought me to America, Canada, Japan, Iceland, Australia, Singapore and Mullingar and I get paid to actively listen to a band that I love.

Is it hard to juggle your personal life and your working life?

Yeah, it’s definitely the hardest part of the job. There have been years where I’ve been abroad working for 200 shows. You miss birthdays, family events etc. I don’t think I’ve made Valentine’s Day once in the five years I’ve been going out with my girlfriend Ciara. Patience of a saint. On the other hand, when you’re on tour with a band you like, the line between the two becomes quite blurred. These people become your personal life as well as professional colleagues. You live in a little tour bubble for however many weeks the tour lasts and you’re all living in each other’s pockets for every waking moment. It’s a weird existence.

I have an FX setup that’s based around my laptop. I use Apple’s Mainstage as a front end for various reverb and delay plugins (mainly Audio Ease Altiverb and Soundtoys Echoboy). I then control the laptop using TouchOSC for iPad. It means that everywhere I go, I have consistency in my FX setup and I don’t have to waste time setting unfamiliar units up.

I use Avid D-Show mixing desks as I have many plugins that I love the sound of and that desk feels like an extension of my hand, I never have to think of how to do something on it, it just becomes muscle memory. I travel with all my own microphones. I like using condenser mics for vocals and ribbon mics for guitar amps. My favourite live mics are the Sennheiser 965 for vocals and the Royer R-101 for guitars.When I’m mixing classical shows, I use a lot of DPA-4099 mics. These are excellent when the ensemble is collaborating with electronic/rock musicians. I try and bring a studio sense of perfectionism to my work when I’m mixing live, so I try and avoid the usual microphones (58s, 57s) as I wouldn’t go near them in the studio. 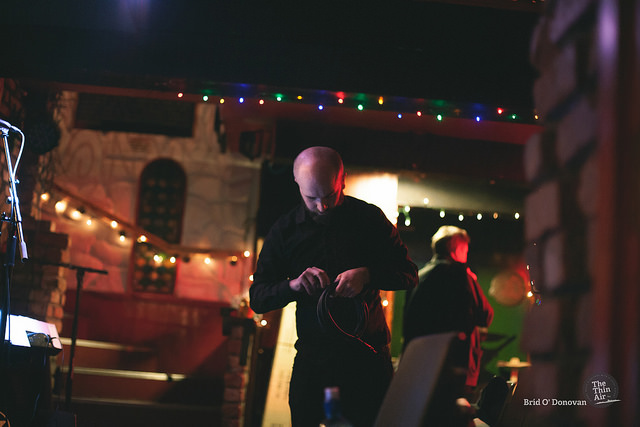 The biggest problems tend to be personalities. Sometimes it’s musicians that are set in their ways (and their ways are incompatible with good sounding gigs). A prime example of this is the archetypal guitarist who needs their amp to be blaring to get their tone. In smaller venues, they need to understand that, though they may get that sweet tone, they do so by destroying the tone of every other band member on stage. Sometimes there might be a member of the venue crew who doesn’t like the extra work that the band’s exacting standards bring. Sometimes it’s people offering opinions when they’re not sought.

The other big concern of mine is volume, and the short life span of a rock engineer. I’m especially careful of my ears and I find many gigs to be far too loud (or at the very least, the wrong kind of loud). I think it’s possible to give a sense of volume and power without taking the ears off of every member of the audience.

Actually, this ties in with the previous question. I was on tour last year with a band that were pretty loud on stage. Most venues could handle this but we ended up in an all seated church gig in Brighton one night and the age profile of the front couple of rows was a bit older. Being acutely aware that the punters couldn’t move if it was too loud, and that older folk are more likely to complain about such, I had a word with the local promoter and asked her to hand out earplugs to the first bunch of rows. Anyone who would’ve been sensitive to the volume took the earplugs and I ensured that there were no volume complaints that night.

I love working in Vicar St. It has the best sounding room, a very well-tuned PA and the crew are a great balance between professional and good fun.

I love working with Stargaze because of the variety of shows that they do. They’re a collaborative ensemble based in Berlin that marry classical music with indie and electronica. This time last year, they put on a festival in Volksbühne over three nights that included Nils Frahm, Tyondai Braxton, Pantha Du Prince, Holy Other and My Brightest Diamond and included the music of Nico Muhly, Owen Pallett and Bryce Dessner. There was an average of ninety people on stage a night so it was definitely interesting!

Radiohead. It’s always been Radiohead. The other dream gig is to be the broadcast engineer on a show like Jools Holland.

In terms of live work, this year is all Villagers really. I’m excited about their headline show in the Barbican in London but to be honest, their tour itinerary reads like a list of my favourite venues so I’m just excited to be out on tour again. On the studio side of things, I’ve just been in the studio with Duke Special and with Dublin band Sails. I’m very excited to have those released and I’m keeping an ear out, so to speak, for some more mixing projects. 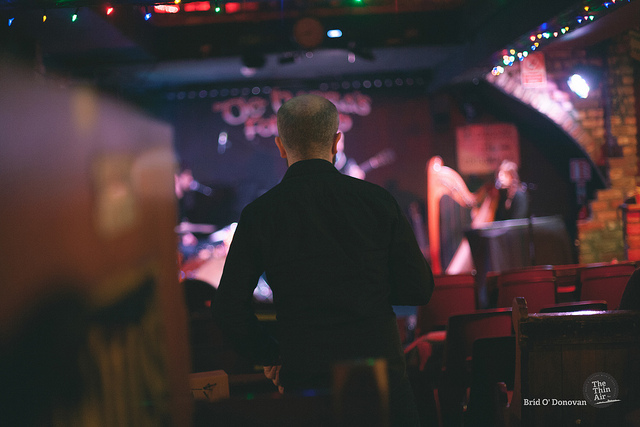 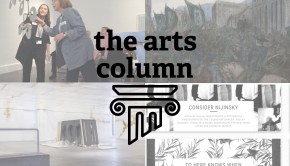 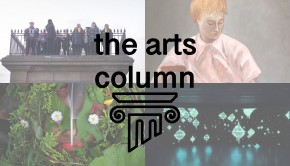