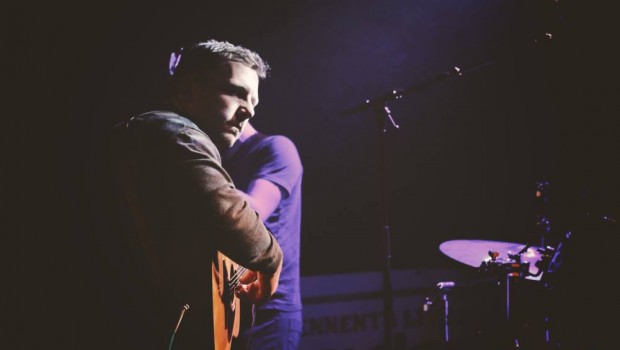 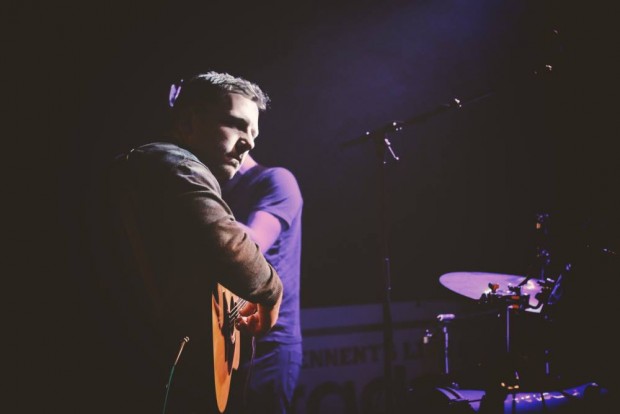 Just over a year since the release of his wonderfully beguiling four track EP, The Moon, Belfast-based singer-songwriter Rory Nellis is currently crowdfunding for his forthcoming debut album, Ready For You Now, via Pledgemusic. Ahead of its release in June, Nellis – also frontman with the indie rock quartet Seven Summits – talks to us about the crowdfunding process, the host of local musician friends who feature on the album and how focusing on the positives of his hometown pays creative dividends.

Hi Rory. Your forthcoming debut solo album, Ready For You Now, is being released via PledgeMusic – an increasingly popular medium for musicians to get their music out there these days. Why did you opt for it yourself and how’s it going?

Hello. Yeah there are a few options for crowdfunding but I had a look around and Pledge Music seemed the one for me. There are a few artists on there that I really respect and it gave me a good opportunity to be associated with them (winky face). Crowdfunding gives people a cause to get behind which really galvanises support and people are more likely to engage. Also, anyone who buys is buying directly from the artist, minus the website’s cut, which is a great thing. I think it’s a brilliant system and it’ll be around for a long long time.

How important is it for you to directly link up with your audience via the campaign?

It’s amazing to have a direct link with the people who are buying my music. I always send a message just to say thanks. The support and involvement is essential, and much appreciated.

Ready For You Now really captures your knack for a killer melody entwined with little bursts of truth. What are the main themes on the album, insofar as your lyrics are concerned?

Belfast and Northern Ireland generally are themes that keep coming back in it. I think it’s important to focus on the positives of living in a place like this. There are downsides obviously, like in any city, but in a small place like Belfast a little positive thinking (or action) can go a long way.

Does the album title bear much significance?

Yep, the title track is about me becoming a dad for the first time. The song is about me convincing myself that I was ready for this massively life-changing event. For the most part I (we) was (were).

Can you talk us through the recording process – where did you record and with who?

I recorded the album with Phil d’Alton from Master & Dog. He’s a good friend of mine and plays guitar and piano on most of the tracks so it was a no-brainer really. He did a great job, I’m sure you’ll all agree.

Various local musicians pop up on the album – who all features and on which songs?

Most of the drums were played by Andrew Brown, a good friend and an absolutely fantastic drummer. He sings a bit on a few tracks too. I met him through a long-time friend Mark McGrath, who is a massively talented piano player and plays on a few of the tracks. Pete McCauley AKA Rams Pocket Radio’ also played drums on ‘Tap Tap’ for me and Paul ‘Hammy’ Hamilton played on a couple as well. John and Joe McGurgan feature, on guitar and bass. Walter from Master & Dog played some guitar, some bass guitar and some drums too. The songs that needed, in Phil’s words, ‘a proper bass player’ were covered by Gerard from Master & Dog and Herb Magee (formerly of LaFaro, now of Goons). Special mention has to go to Phil, who played guitar, piano and at one point even a banjo. Great musicians can really add a lot to a song/recording and there were some amazing moments, for which I’m very grateful.

Did you find yourself experimenting much in the studio, either during the writing or recording process?

Yeah the album was recorded in quite a relaxed way, over quite a long period so there was plenty of time to experiment. As usual, some of the songs came together very very quickly and some took quite a bit of tweaking, but that’s all part of the fun.

You are, of course, also the frontman of Seven Summits. Do you approach writing music – both the actual music itself and lyrics – differently solo?

I think so. Seven Summits write very collaboratively. The music is hammered out in the rehearsal room, all together. Lyrically the themes often come from the result of that, either the sound or a conversation at the time or something. When I’m writing on my own I often have an idea before I’ve even picked up an instrument, and as a result I think the songs from this project are possibly a bit more personal, or at least specific to me.

How important is it to you as an artist to be able to release a debut solo album and have it recognised in its own right, separate from previous work elsewhere?

For me I don’t think that’s a massive issue. The sounds are sufficiently different to make them stand apart. I hope so anyway.

In terms of inspiration and influence, does any albums or artists make an imprint on the sound or direction of Ready For You Now?

I think my biggest influence during this album was probably The Magnetic Fields. Stephin Merritt is a great songwriter who is not afraid to keep things simple. Clear themes and simple, beautiful melodies. If I can do it half as good as him I’ll be happy enough.

Finally, what are the plans for the coming months in terms of playing live, the Pledge campaign and promoting the record?

I’m trying to book as many gigs as I can in May and June. I have a few sorted already and they’re listed on my website. I plan to say yes a lot to anyone who’ll have me in their paper, on their radio show or on their stage.

Rory Nellis plays the following shows over the next few months: