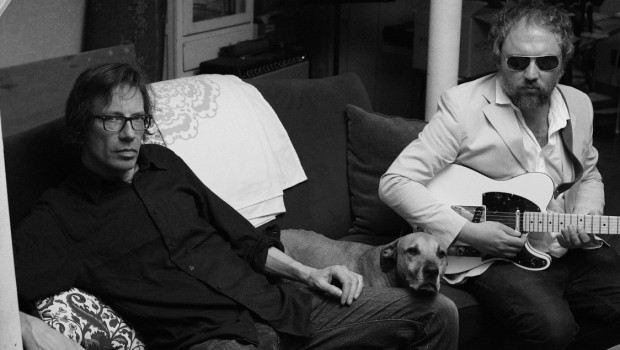 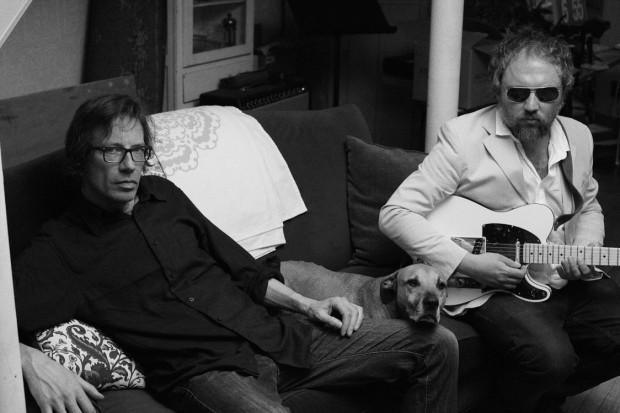 So, firstly, ‘Here in the Wild’ was recently released on the excellent FIFA Records. How did you get involved with the label? What made you want to release the single with them in particular?

A friend of mine from Cork, Graham Finn, lives in New York, and he played bass on the song. He recommended FIFA records to me. I chatted with Eddie from the label and I found his attitude very refreshing, and he seemed to genuinely love the song. We went with a single first just to build our relationship and see how it went. It’s been a great experience so far.

Is ‘Here in the Wild’ an indication that we should expect more music sometime soon?

We are always writing and recording. We have a home recording studio at John (Rauchenberger’s) house. I have about 50 unrecorded songs, so we are working on finishing some of those now, and hope to release them as soon as we can.

You’ve mentioned before that, with regard to A Living and a Dying Game, percussion didn’t really seem to fit with the songs. ‘Here in the Wild’ has some really nice, subtle drums throughout that really add to the size of the song. You seemed to have mentioned before that writing songs in the “stripped back” style of August Wells proved more difficult to you than the more unhinged, chaotic sound of Rollerskate Skinny. Does the introduction of percussion etc. indicate that you’re become progressively more comfortable with the open, camouflaged format that these songs have?

What comes easiest to me as an arranger, is lots and lots of intertwining layers and multiple elements playing at the same time. So for me its more challenging to make it work with less instrumentation. Sometimes drums can really ground a song, and really alter its mood, which is something I don’t always want. Without drums it almost feels like the music can create separate narratives at once, and there is a certain surrender required of the listener, and once that surrender is there, many emotional and physical reactions can occur. I will always have some songs with lots of layers, I just don’t want to do that in a cheap way, or as an attempt to be sensational. Everything nowadays seems sensational, commercials for butter are sensational. So getting something simple and true to the original inspiration, is more interesting to me. I love great drumming, though.

You mentioned the importance of lyricism and how you’ve become more and more interested in exploring words and that has been reflected in how the vocals have become a lot more to the fore with August Wells. Does the lyric writing process come quite naturally to you or do you find yourself having to sit on a song for a long time before you can be satisfied with the story your telling and how you’re telling it? How important is honesty in the lyric, both for you and the stories you’re trying to tell?

I have always worked very hard on the lyrics, even with Rollerskate Skinny. With Rollerskate Skinny I was more drawn to abstraction and building strange images from the lyrics. Which was partly to do with being young and not having had a lot of life experience to draw from. I don’t know if I have actually truly told pure stories in my songs. I tend to get one line and then expand on that original moment, often the meaning of the lyrics comes far later, there has to be a kind of resonance for me from each line, a resonance that is hard to explain, but its something over the years I have grown to trust. Is honesty important? Not necessarily, but again I have to trust the line. I have to achieve a certain personal sensation from the line.

It’s been quite a while since you moved to New York. Have you found the city to have an impact on the way you approach music and songwriting? Or has it more just been a matter of time and growth as an individual, regardless of place?

I have been here for twenty years. The city is like an organism, and everyone who lives here constantly talks about the city, the good and bad, how it never stops changing. New York almost feels out of reach, even when you live here, it seems to have its own plans for you, it kind of tosses you around. It can be a bit like jumping in a river everyday. If you don’t engage with it, and take advantage of the many things it has to offer, it feels like it ignores you, it pushes you into isolation, it can make you horribly lonely. So as a writer, it will offer you plenty, but you have to take it. When you are older, time seems like everything and nothing at all. Time is a shocking companion.

Is New York home for you now? Or do you ever get a yearning to leave? Songs like ‘Mister Sun’ seem to suggest that you don’t have the most loving relationship with the place, but then again, your observations of lives in ‘Here in the Wild’ suggest that the vibrancy of the city and its people is something your sort of enamoured by.

Well, like I said, it feels like the city can hate you. I love it, but its such a cruel place to people sometimes, you can slip up for a little while and it will destroy you. It’s a fascinating place.

John Rauchenberger’s piano work on both A Living and a Dying Game and ‘Here in the Wild’ adds so much to the texture and quality of the songs. It must be quite special when a collaboration just works effortlessly like that. Have you ever found that his input into a song has lead you to change the structure of it drastically? Or perhaps for you to realise something about the mood of the song that you hadn’t noticed already?

It is special and rare. We hardly ever have disagreements about the music. He tends to listen on a deep level – also a rare quality – and so he gets into the centre of the mood very quickly. Which often means less elements are required. We both struggle with trusting the very minimal arrangement – that’s why we choose to play most of our gigs as a two piece. It forces us into a place where we are not hiding. Live is a totally different animal to recording though; recording is a never-ending lesson.

You’ve mentioned a kind of “dislike” – maybe for want of a better word – of the indie and alternative rock music that a lot of people are coming out with today. Do you think there’s something going wrong in the ways some people are approaching being a musician nowadays? Perhaps a sort of inauthenticity? Are there any newer artists that you think are defying this and that are really impressing you?

It’s not just today ha. I feel like indie rock should have lasted as a genre for five years, but it seems to just go on endlessly. Look, I am all for a bunch of friends getting on stage and just making a fun racket, but as a listener I try to find greatness in music. I want to be moved by someones obvious brilliance. I think in hip-hop and electronic music there is still a lot of refreshing, new, exciting ideas. In rock music not so much – it just seems like a club people join, which is fine, but not really for me.

Authenticity is a difficult one. To me if, I trust what you have created is really what you wanted to, and you are not trying to get me to buy into something, that’s authentic enough for me. Newer artists, if I think in terms of people that will still be listened to in a 100 years?

Anthony Hegarty, I think is a great artist. Bill Callahan too. Bob Dylan is still the Bob Dylan of this generation. Beyonce – oh, I don’t know… I’m an artist, not a critic. I don’t have to worry about what’s current. I listen to Duke Ellington and The Stooges. If it’s good it’s good. Oh, I think Lisa O’Neill is headed for greatness – such an original voice. She’s like the Billie Holiday of Ireland.

Glen Hansard has mentioned being an enormous fan, and you have collaborated live a couple of times. Are there any other musicians (any one at all!) you would really love to collaborate with?

I would love to do a song with Anthony Hegarty, or Lisa O’Neill.

Judging by the versatility of your music over the course of the years should we be expecting a Ken Griffin hip-hop or electro-pop record anytime soon?

I think I already made an electro-pop record under the name Kid Silver called Dead City Sunbeams. Hip-hop? No way. I enjoy listening to it too much. I did do a mix for LL Cool J once in the late Nineties, but that’s a story for another day…